Sony has announced that it is developing a module that can be clipped onto any pair of normal glasses and turn them into a Google Glass rival. The hardware can function on its own and offers a single OLED display with a high pixel density that they claim offers superior image quality. To try and give the headset a kick-start, they are now trying to encourage developers to get on-board. 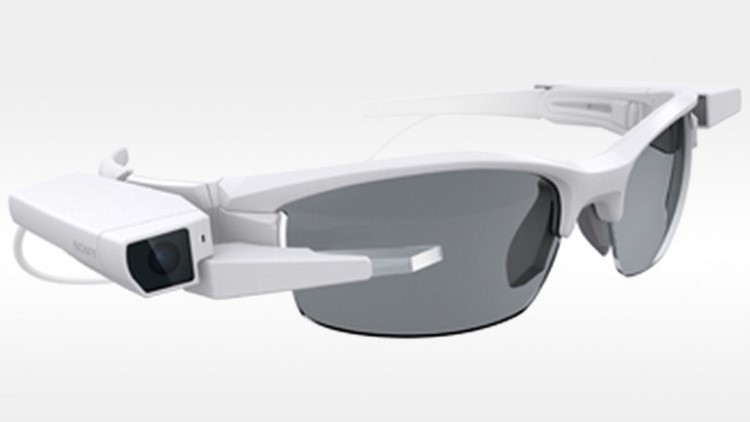 What makes the Sony smart headset stand out as being interesting is the fact that it is universally compatible, meaning that it can be clipped on to a pair of prescription glasses, goggles, sunglasses, or other type of eyewear. The current prototype comes in at 40g and it is made up of a pair of modules that rest above each ear.

This display module is equipped with a 0.23 inch High-Resolution Color OLED Microdisplay. It offers a resolution of  640 x 400 pixels and the contrast ratio is in excess of 10,000:1, with 100% coverage of the sRGB colour space. Sony has also developed a new light shield technology along with bringing down the pixel size, improving readability for outside and making improvements to the aperture ratio. They also said that the screen is the equivalent of watching a 16 inch screen from around 2 metres away. 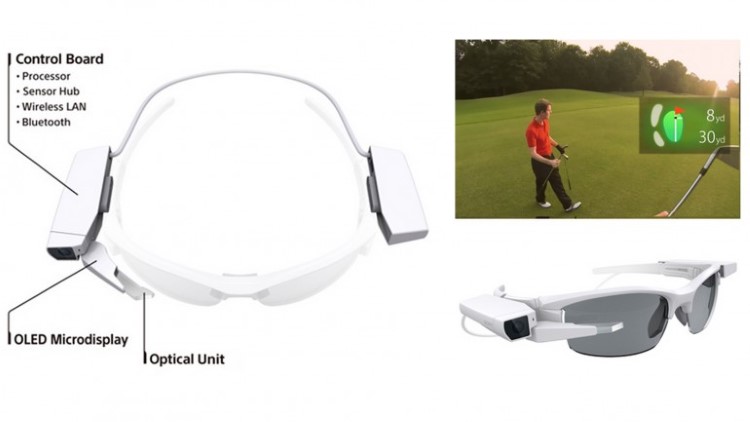 The device may be small but Sony has managed to fit iin a lot. The device runs on the ARM Cortex A7 processor and packs in a battery of 400mAh along with having support for WiFi and Bluetooth 3.0. At the moment, Sony is offering limited supplies of the tech and its SDK to developers. Another interesting factor is that developers can choose to make an app for a smartphone that is connected or they can load it straight to the module to create a standalone device.

Sony is promoting the use of the technology for many uses, with sports being the primary target. They say that athletes can use the tech hands free when cycling, for providing augmented reality when playing golf where the tech can show live course maps along with other information, or pairing it up to a phone and providing live action feeds from cameras.

They are also marketing towards use in a work setting, such as when linked to a factory's internal infrastructure system, where instructions could be delivered remotely and augmented reality could provide various uses and guidance.

There is no mention of an on-board camera on Sony's headset, which would put it at a disadvantage to Google’s model, fitted with a 5MP camera; although it would help them avoid the ethical arguments that Google faced with Glass.