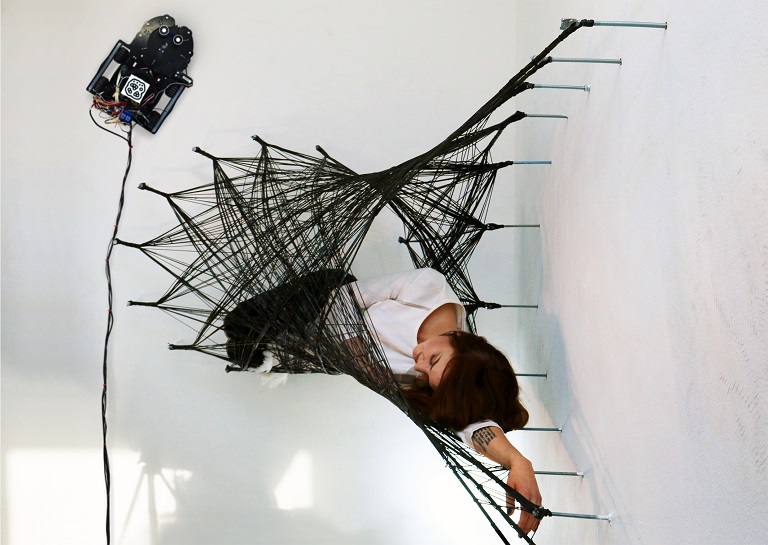 Spider robots engineered at the University of Stuttgart Institute for Computational Design (ICD) created a dexterous robot capable of weaving a  suspended hammock.

The robots work in unison to achieve much more than was can be achieved from a singular unit. The robots are about the size of a Roomba vacuum and contain carbon-fiver fabric that it uses to lay down the fibers in a magnificent way.

"We are only at the very beginning of exploring the true architectural potential of this fabrication system,"

"But we are convinced that its main advantage is that you can build entirely new structures that would be impossible to materialise otherwise."

The project, deemed Mobile Robotic Fabrication System for Filament Structures aims to construct building structures semi-autonomously using a "swarm construction" configuration that enables them to build much more efficiently than with any other system.   The robots use existing structures to build upon and construct new structures out of carbon fiber strands.

"Working with many small robots rather than one or two big ones extends the design space significantly and allows us to tap into the unique possibilities of filament structures,"

The robots use a tracked system with a vacuum generator placed in between that provides the force necessary to stay attached to the wall. The robots then communicate position and threading details to one another enabling them to interact and build upon the structure. The unique system is currently restricted to smooth surfaced buildings to provide sufficient suction. However, perhaps future editions could make use of the "Gecko grip" technology that uses micro-strands that create an incredibly high friction point to suspend large amounts of weights. With this system, the robots could become even more versatile and construct building frames quickly and efficiently.

Future modifications to the robots currently are being developed to optimize the usefulness and practicality by implementing rechargeable batteries that will allow the robots a greater range of motion. Other modifications will enable more robots to work in unison, creating a collaborative work that can be finished many times faster than any other method. For now, the unique robots are predominantly being used to create demo works to prove the systems functionality is operational. The next steps are to increase its application and perhaps create a new way of construction that could see spider-like robots enter the construction workforce.

"One can conceive more intricate, differentiated and larger architectural systems beyond the limits of the work space and the reach of typical industrial machinery."

More schematics of the robots can be found below. 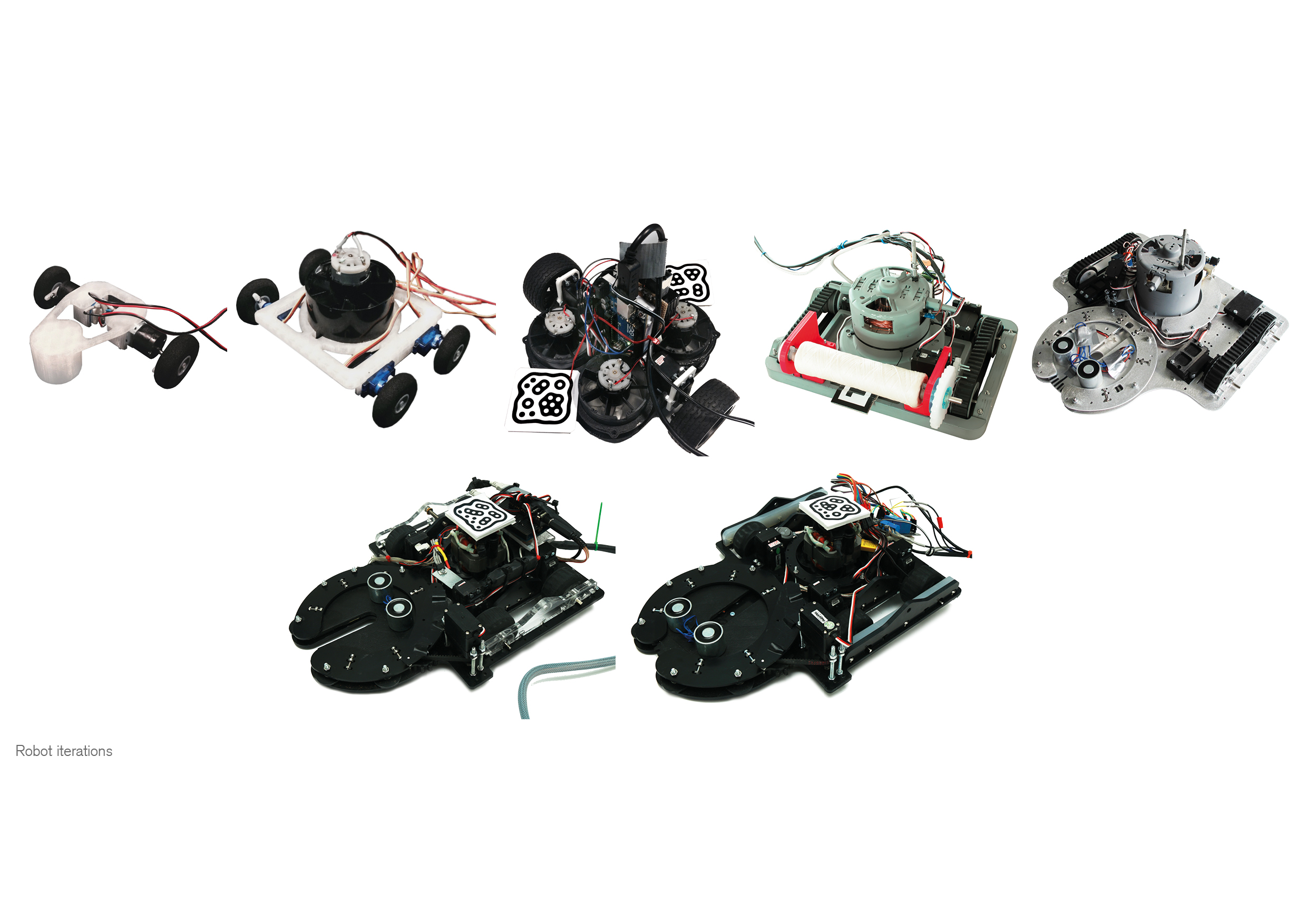 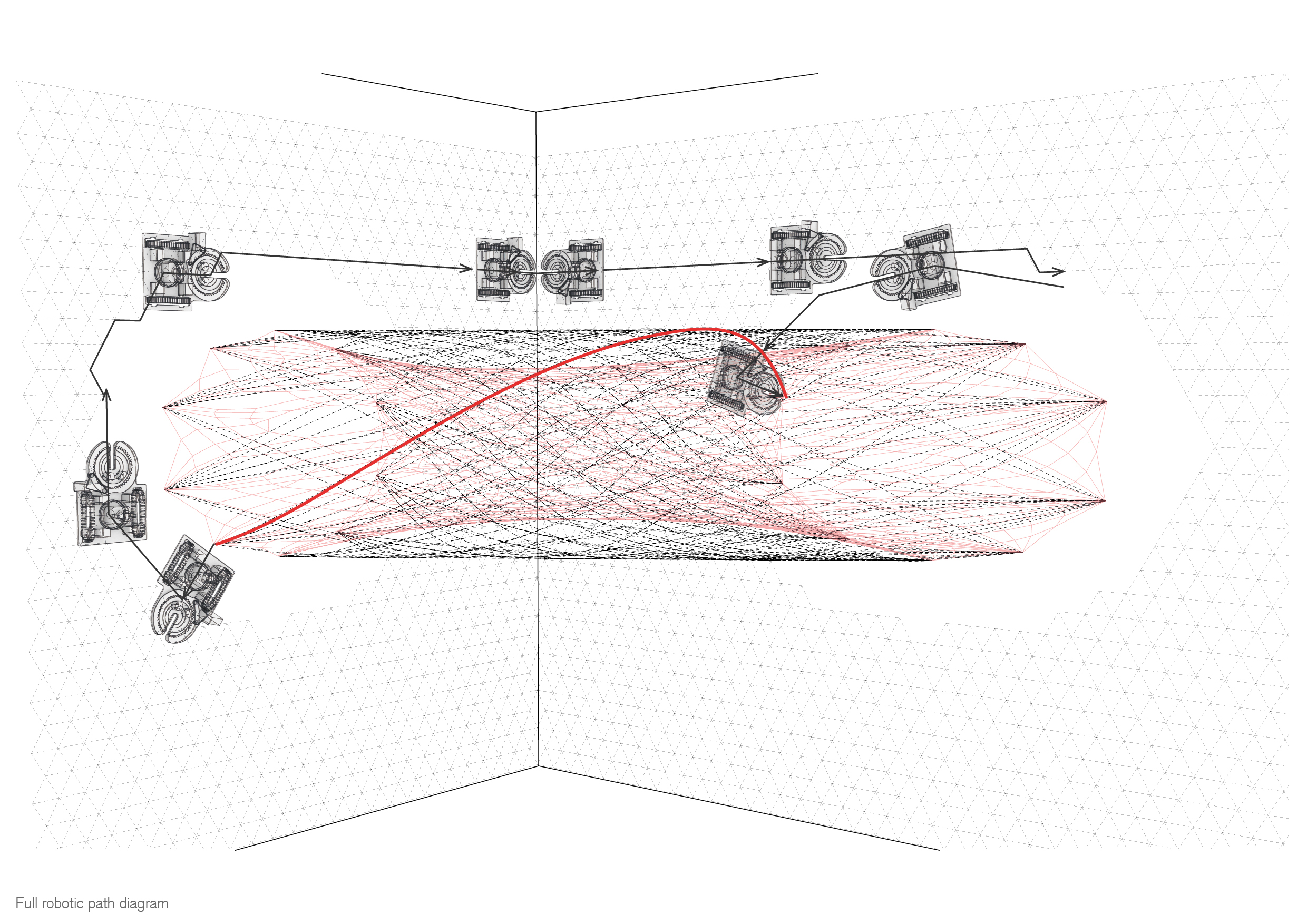 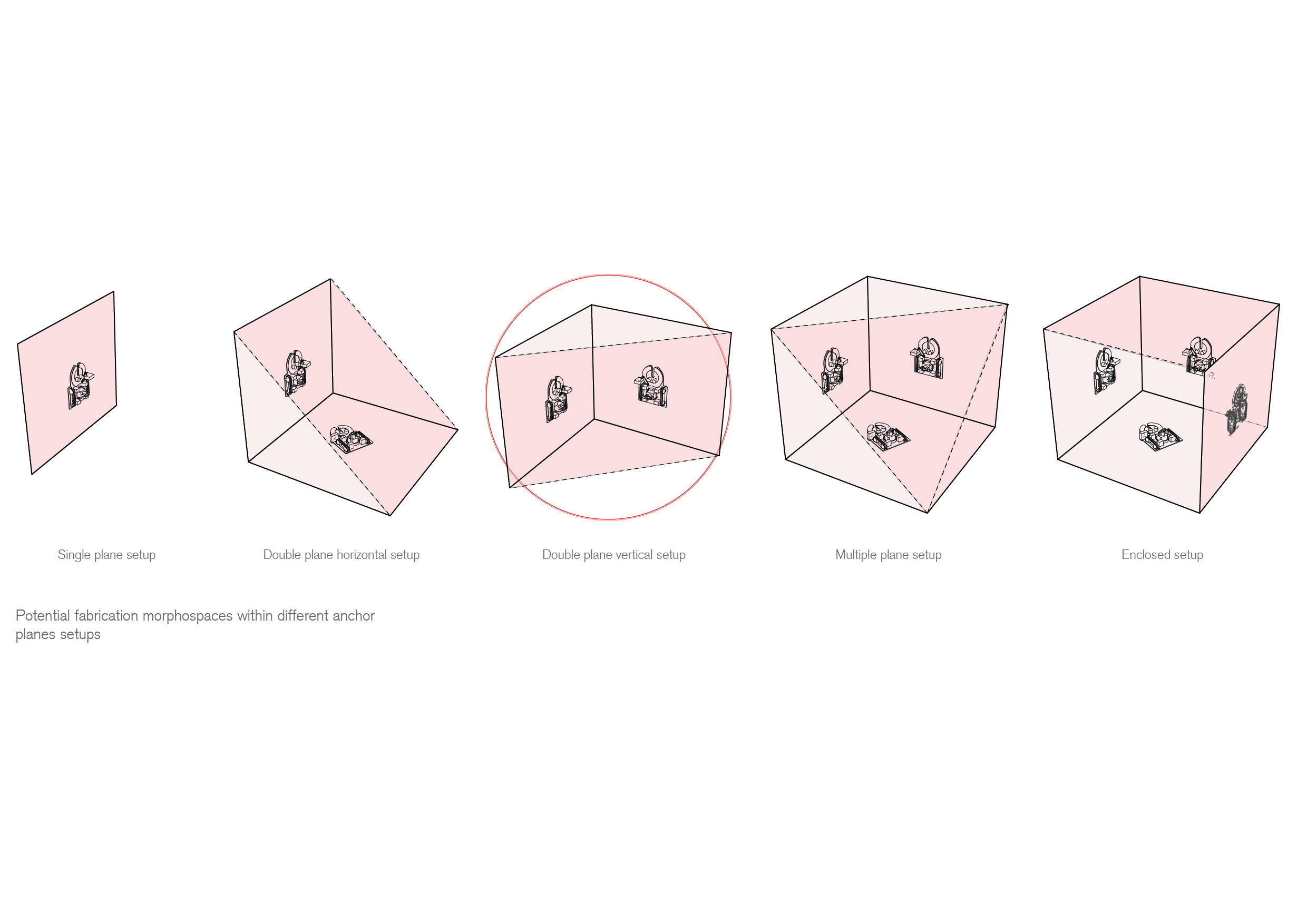 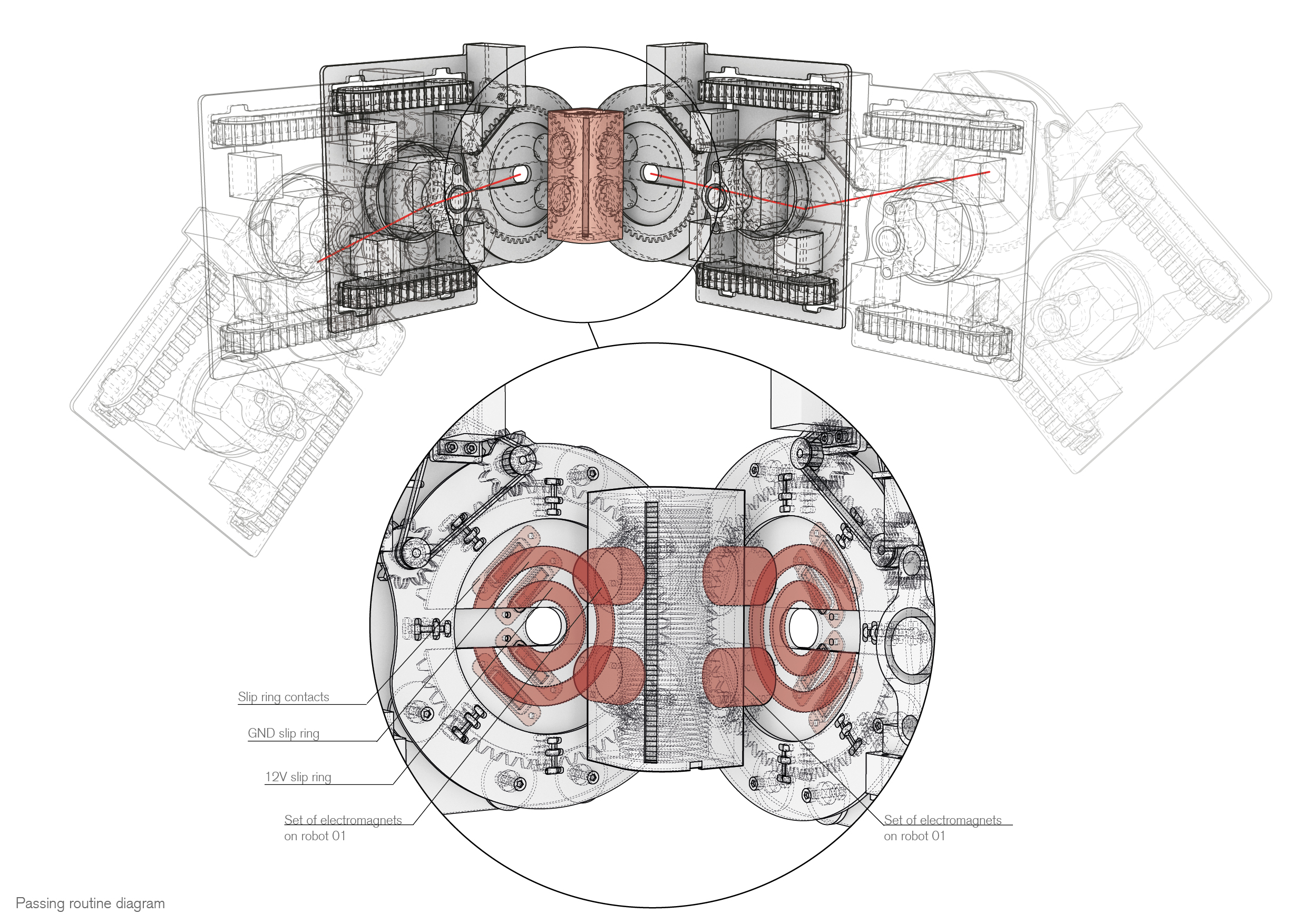 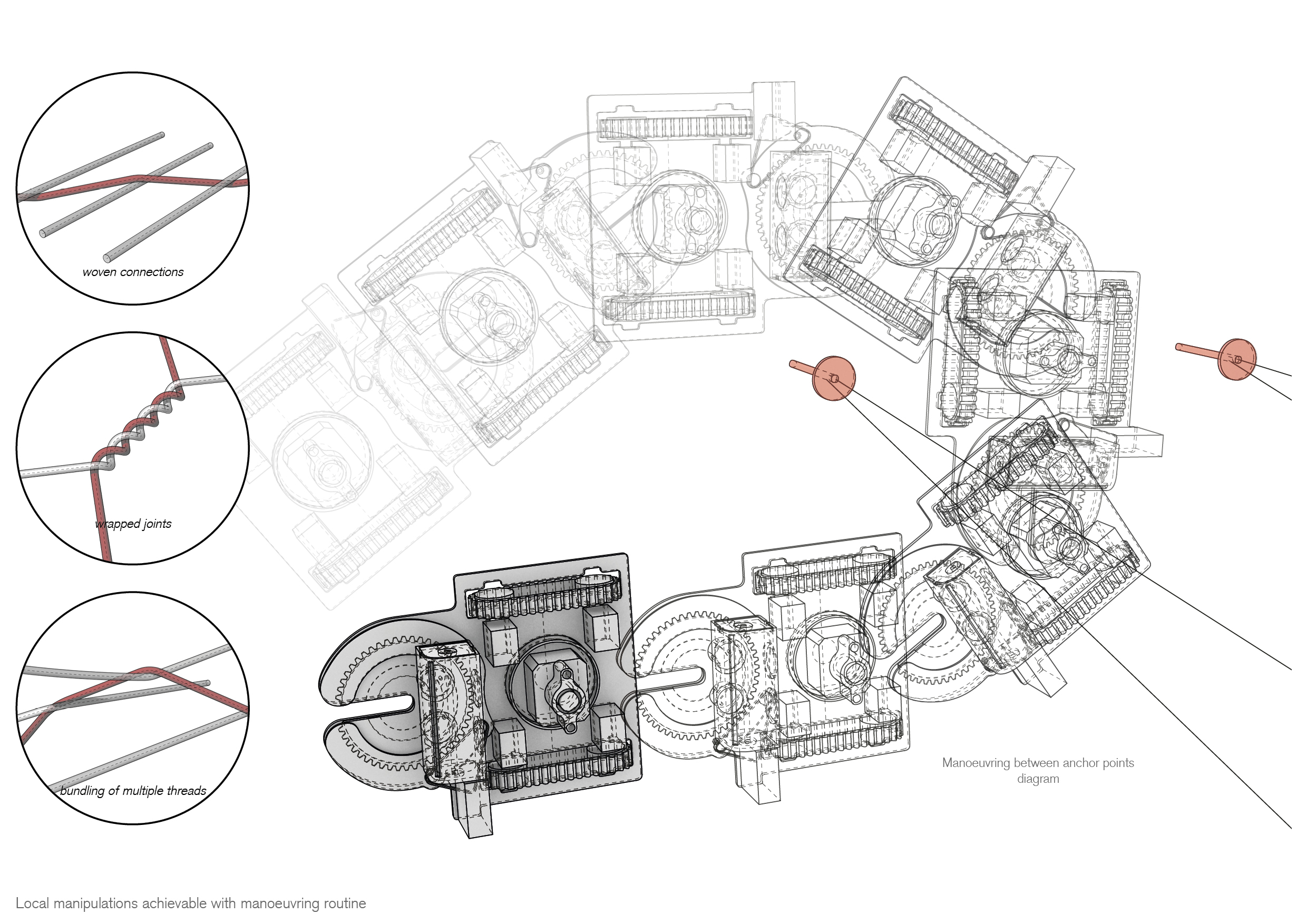 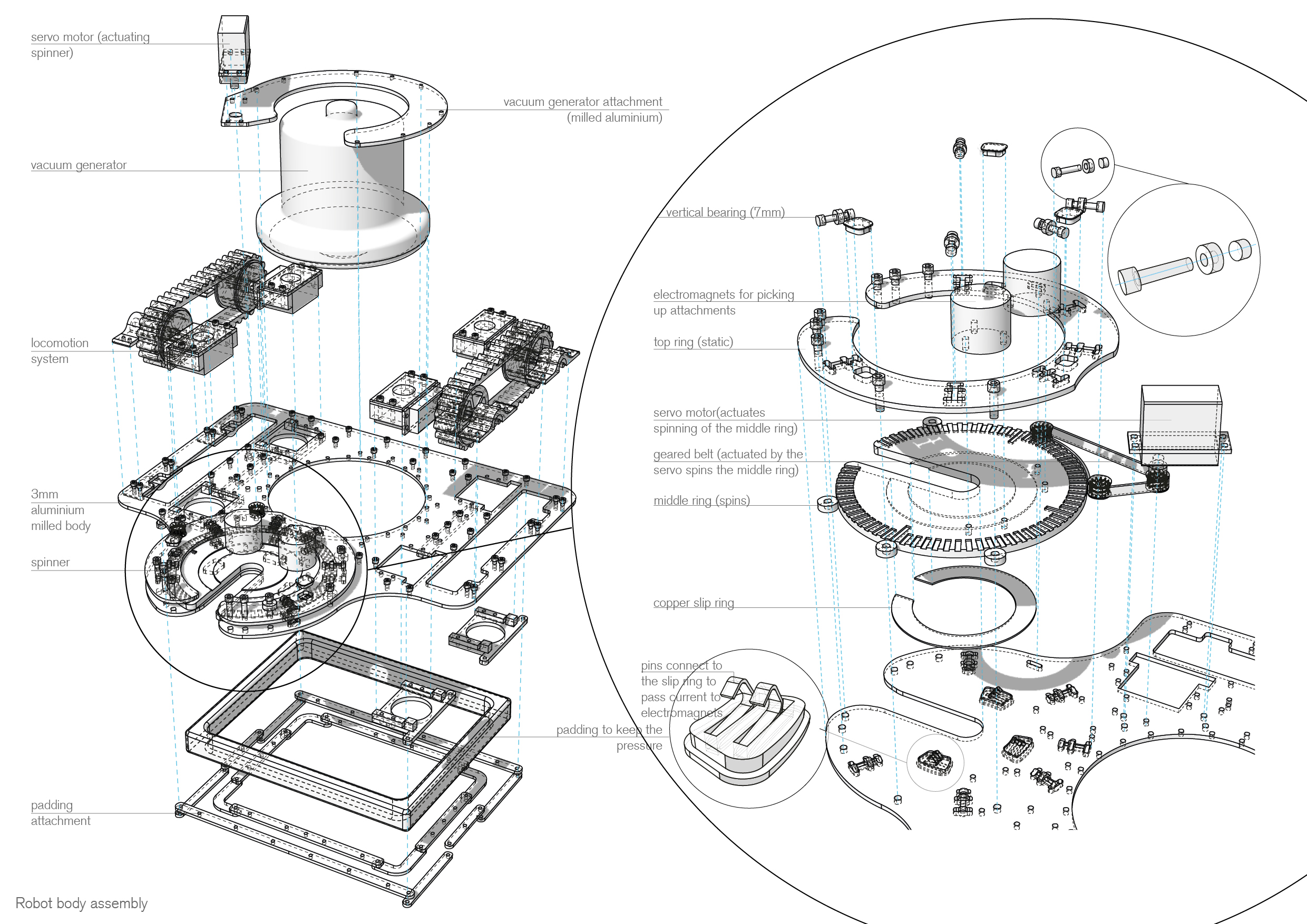