Steam hammers are tools of kinetic destruction that allowed for the creation of metal work that forever impacted the industrial revolution. Steam hammers and the capabilities that accompanied them allowed for great advancements during the Industrial Age. Grasping the magnitude of these machines of impact is hard through text or image, but they far outpowered other equipment of the time.

These massive drop pistons allowed crews of men to forge incredibly large pieces of metal, among other processes. While the invention of using steam as a driving force goes as far back as James Watt in 1784, the first steam hammer didn't appear until the 1840s. At which point it changed the forge manufacturing industry.

While steam hammers may seem rudimentary, their mechanism and capability were fundamentally significant to many innovations in the industrial revolution. In a modern light, they still reign as massive brute force machines, used in a few applications. Before moving forward with their history and just what steam hammers are capable of, we need to understand the basic principles of how they work. 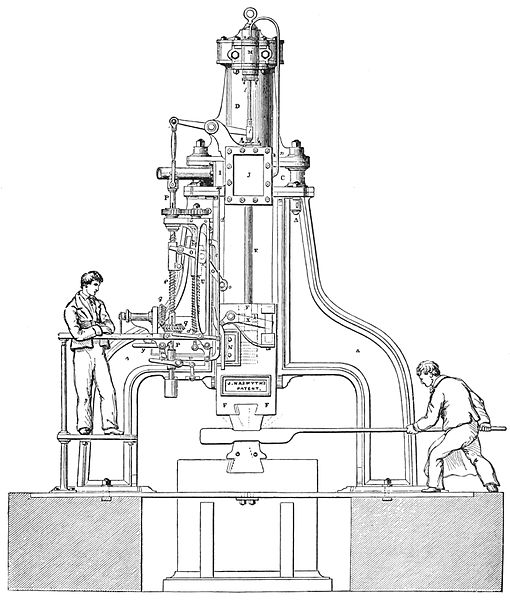 A steam hammer is essentially just that, a large hammer or piston used for forging metal. Most steam hammers were simply lifted through steam engines then dropped, allowing gravity to impart all of the necessary force on the metal being forged. The actual hammer part of the mechanism is usually attached to a piston that slides within a cylinder, but in rarer cases, the hammer is attached to a cylinder that slides on a fixed piston. Whatever the case, these massive machines used simple mechanical principles to impart unprecedented amounts of energy on objects.

Summarizing all of the mechanics, steam hammers worked by taking the energy in pressurized steam, converting it into linear motion in a piston, which thus raised a heavy hammer up a distance, storing potential energy in the mass. This potential energy was then transformed into kinetic energy through the release of the heavy hammer with the help of gravity, doing work on the metal being forged, thus accomplishing a beneficial and desired result.

Now that we have some of the basic mechanics out of the way, let's take a look at just what these powerful machines were capable of.

A steam hammer built in 1891 was capable of delivering a 125-ton blow in each pass. That's the same as 41 African elephants. 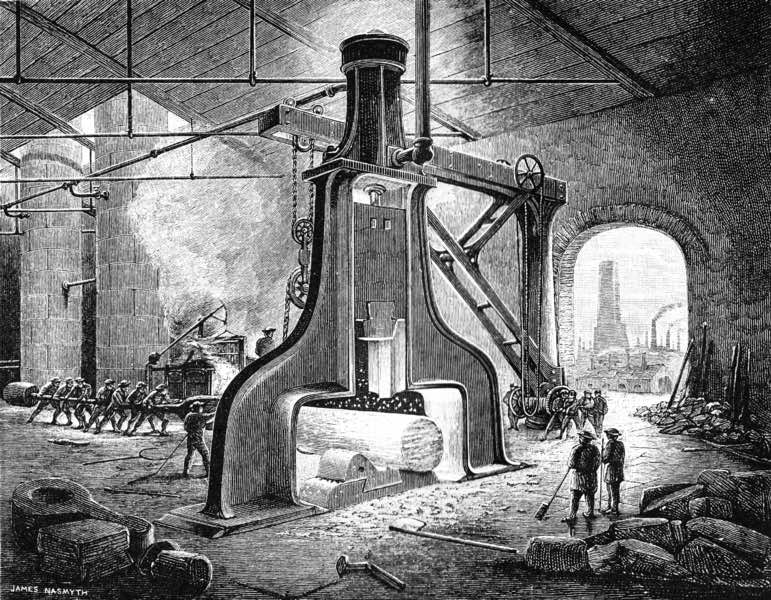 Within the realm of steam hammers, there are single acting and double acting mechanisms. A single acting steam hammer was raised by the pressure of steam in the lower cylinder of the mechanism. Releasing the pressure caused the hammer to drop. Double acting hammers, which were more common, used steam power to increase the downward force of the hammer. Weights of all these various hammers could range from 500 to 50,000 pounds, or 225 to 22,500 kilograms. Usually, the forged metal was placed on a large anvil below the hammer allowing for crews to work it effectively.

As you can likely predict, steam hammer mechanisms are consistently subjected to concussions and high forces. All of these repeated forces stress the metals of the hammer, even more so when you consider the thermal shock from the hot metal being forged. To counteract these problems, most hammers were made from a large number of bolted parts. Essentially, engineers designed the hammers to break, but also made them easy to fix and replace broken parts. The increase of bolted connections also allowed for greater elasticity in the hammer components which held up better to the repeated concussions of the hammers. 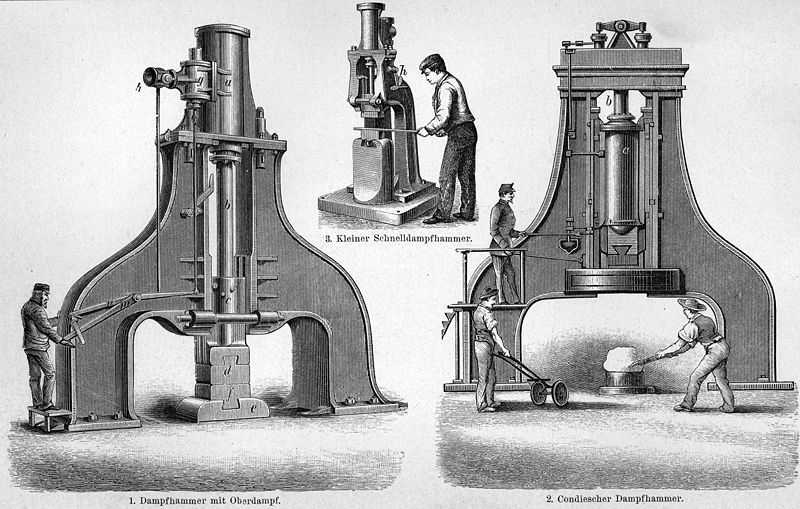 As far as holding up the actual frame of the steam hammer went, a large amount of work both went into the frame and the foundation of each hammer. Single-frame hammers allowed the operators to move dies easier, but it meant that all of the support had to come from one arm. Double frames were usually used for larger hammers which evenly spread out the stress across many members.

In areas of a manufacturing floor where a steam hammer was to be installed, high strength concrete was poured to a depth much greater than the surrounding building foundation. This allowed for the shock to be absorbed, but only slightly. Buildings where larger steam hammers were used still shook with every blow.

The History of Steam Hammers

The importance of steam hammers from a mechanical perspective and to the industrial revolution has been proven, but it hasn't always been that way.

The Fritz steam hammer, one of the earliest, took its name from a machinist who was said to be so accurate with a manual hammer that he had perfect control. Emperor William, the King of Prussia, was said to have placed his diamond-studded watch on the anvil in front of Fritz, telling him to continue working without breaking the watch. Fritz finished working, leaving the watch unharmed, which the Emperor thus presented to Fritz as a gift.

Whether that story is true or not, machinists and manufacturers soon saw a need for hammers of colossal magnitudes. The Creusot steam hammer was built in 1877 in a small French industrial town. This hammer was capable of delivering a blow up to 100 tons, which at the time was the most powerful in the world. 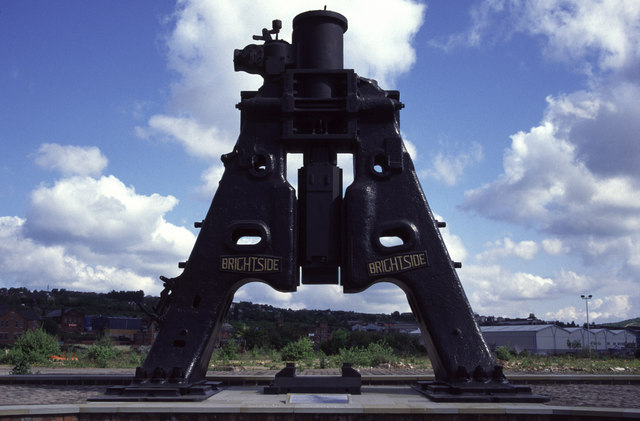 In 1891, an American Iron company, Bethlehem Iron, purchased the patent for the steam hammer and upscaled the design to 125 tons.

It was in the late 1800s that the practical uses for massive steam hammers were at their peak. They allowed for precise dies and punches to be used in massive metallurgy. They allowed precise forming of high-strength parts. They essentially took metalworking from a small one-man process and made it a large scale manufacturing capability.

As the 1900s roared around, steam hammers slowly became obsolete. They were replaced by hydraulic and mechanical presses that offered more uniform and controlled force exertion. Many steam hammers, including the famous 1877 Creusot steam hammer, stand as monuments to their historic industrial towns.

Even with this downturn in usefulness for the massive machines, they are still used in some applications today. Engineers use steam hammers to drive piles into the ground for foundations or stand-alone supports. Wherever there is a pile in construction, some form of a steam hammer or slight deviant will be used. Along with this industrial application, steam hammers are still used by forgers and metal workers who leverage their ability to quickly and accurately forge metal.