Sunseeker Duo is proving that solar flight is a reality European comapany Solar Flight's latest project, the Sunseeker Duo, set out to prove that solar flight was more than just a dream and after just a couple of years they are doing just that. At the end of 2013, husband and wife team Eric and Irena Raymond have took to the skies together, making the Duo the first solar-powered airplane to carry two people. 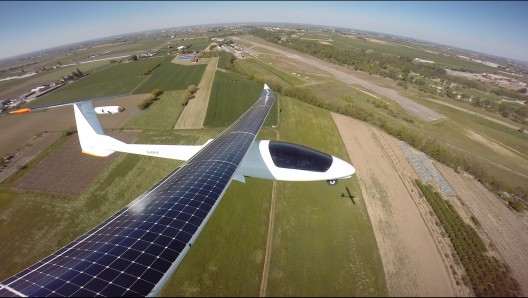 "Flying the Duo, skimming the white fluffy clouds from above and playing on the sky, I feel like a bird," said Irena Raymond. "No limitations, a pure freedom. It’s so quiet. Compared to a normal airplane, it’s like night and day. You need very good headset in other powered airplanes, but in the Duo you can speak normally even when the motor is running full power, no headset needed. It is unbelievable." 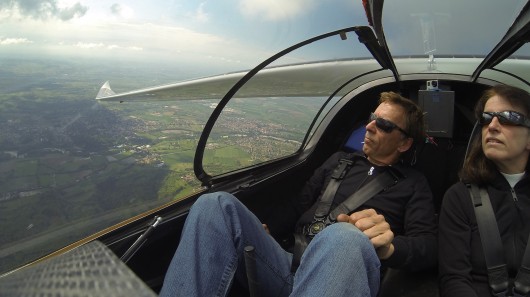 It all began back in 2012 when Eric revealed plans to produce a solar powered plane capable of carrying two passengers. After turning to Kickstarter for funds, he and his team got down to the hard work and not only completed construction of the plane but also began testing and tweaking the design by the end of 2013.

The Sunseeker Duo has a 22 metre wingspan which along with the rudder houses the 1510 solar cells. These cells in good conditions can produce 25 kW of power and can keep the plane in the sky for around 12 hours. It weighs in at just 280 kg meaning that not much effort is needed to get it off the ground. Take off is battery powered -  lithium-polymers that are directly charged from the sun's energy - that allows the plane to climb for 20 minutes. 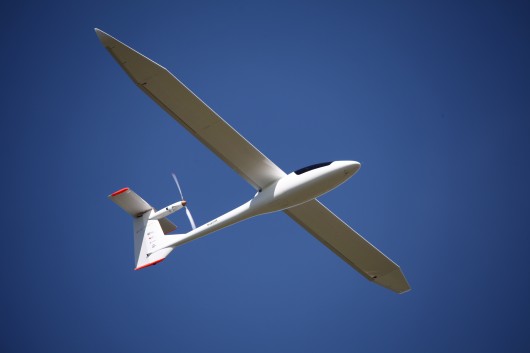 “If I can get over the clouds in that time, then I am in bright sunshine, so I can continue to fly for hours.  Otherwise I come slowly gliding back down.  I always land as a glider anyway," says Eric.

Once above the clouds the sun offers re-fuelling whilst in flight, allowing for sustained flight times. The idea of solar flight has great promises toward green and sustainable air travel and when your fuel source is completely free, who can argue. It's great to finally see clean electric flight becoming a reality and we hope that the team can offer simultaneous flight to more passengers in the near future.

More Stories
innovationA pest company wants to free 100 cockroaches in your home for $2,000
Loukia Papadopoulos| 6/10/2022
innovation5 gaming accessories that failed in the mass market
Maia Mulko| 2/2/2022
scienceHere are the most breathtaking images from the James Webb Space Telescope
Brad Bergan| 5/28/2022