The Lantern offers free data from space wherever and whenever Lantern is a device that can receive data from satellites in orbit for free without having large satellites pointing to the sky. It turns the signal from satellites into digital files, like webpages, news articles, ebooks, videos, and music. Lantern can receive and store any type of digital file on its internal drive and to view the content, turn on the Wi-Fi hotspot and connect to Lantern with any Wi-Fi enabled device. 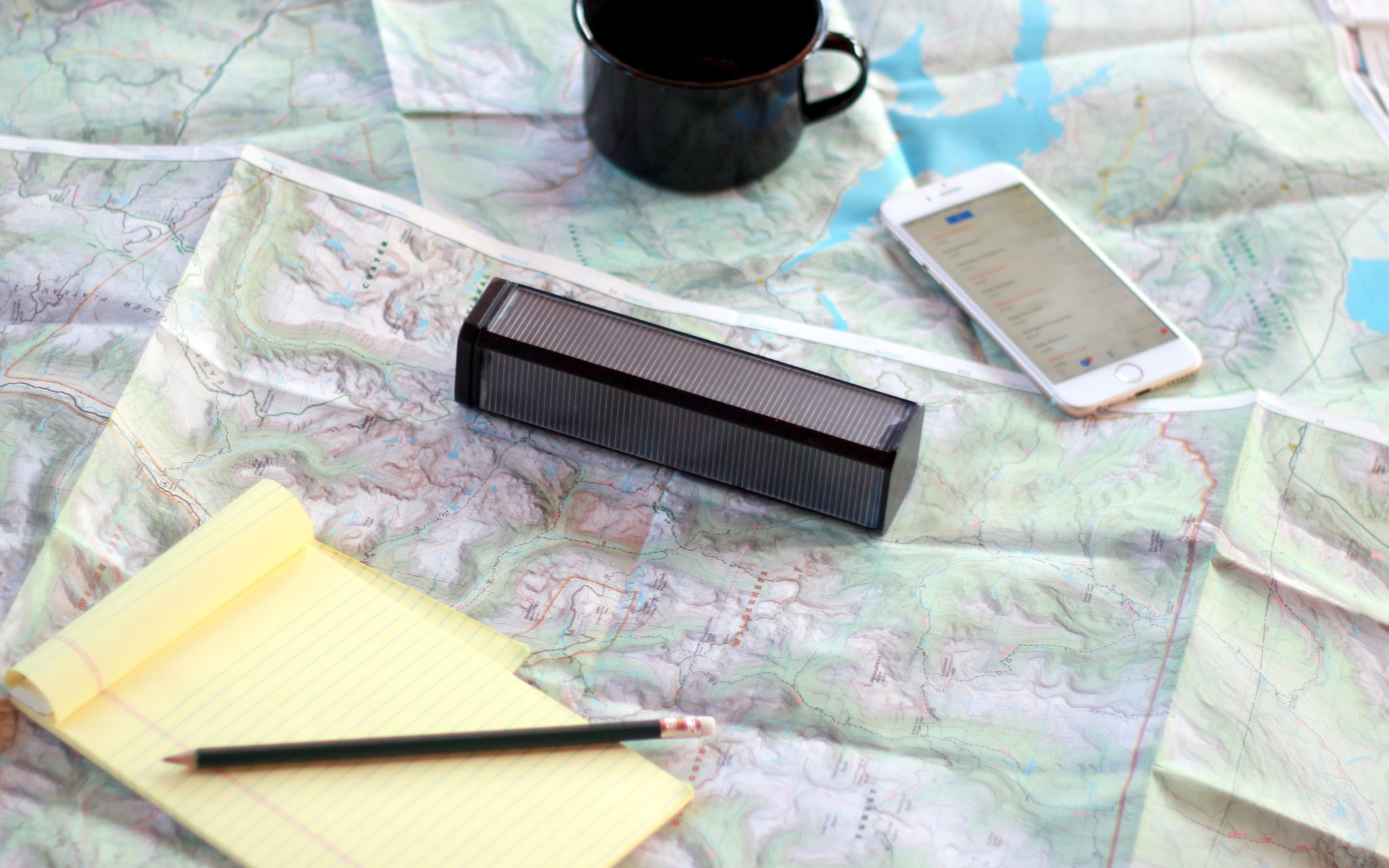 Lantern continuously receives radio waves broadcast by Outernet from space. The Outernet's goal is to provide free access to content from the web through geostationary and Low Earth Orbit satellites, made available effectively to all parts of the world. The information can be critical during public emergencies and disaster areas, offering advice on refugee camps and safe areas for instance.

The device is also cased in solar panels so that it can harvest energy from the sun, again, perfect for emergencies where access to electricity may be difficult if even possible. The power stored in Lantern's battery can also be used to charge your phone, tablet and other devices. As the information received is being broadcast from orbiting satellites, it faces no consequences if cell towers or terrestrial networks go down. 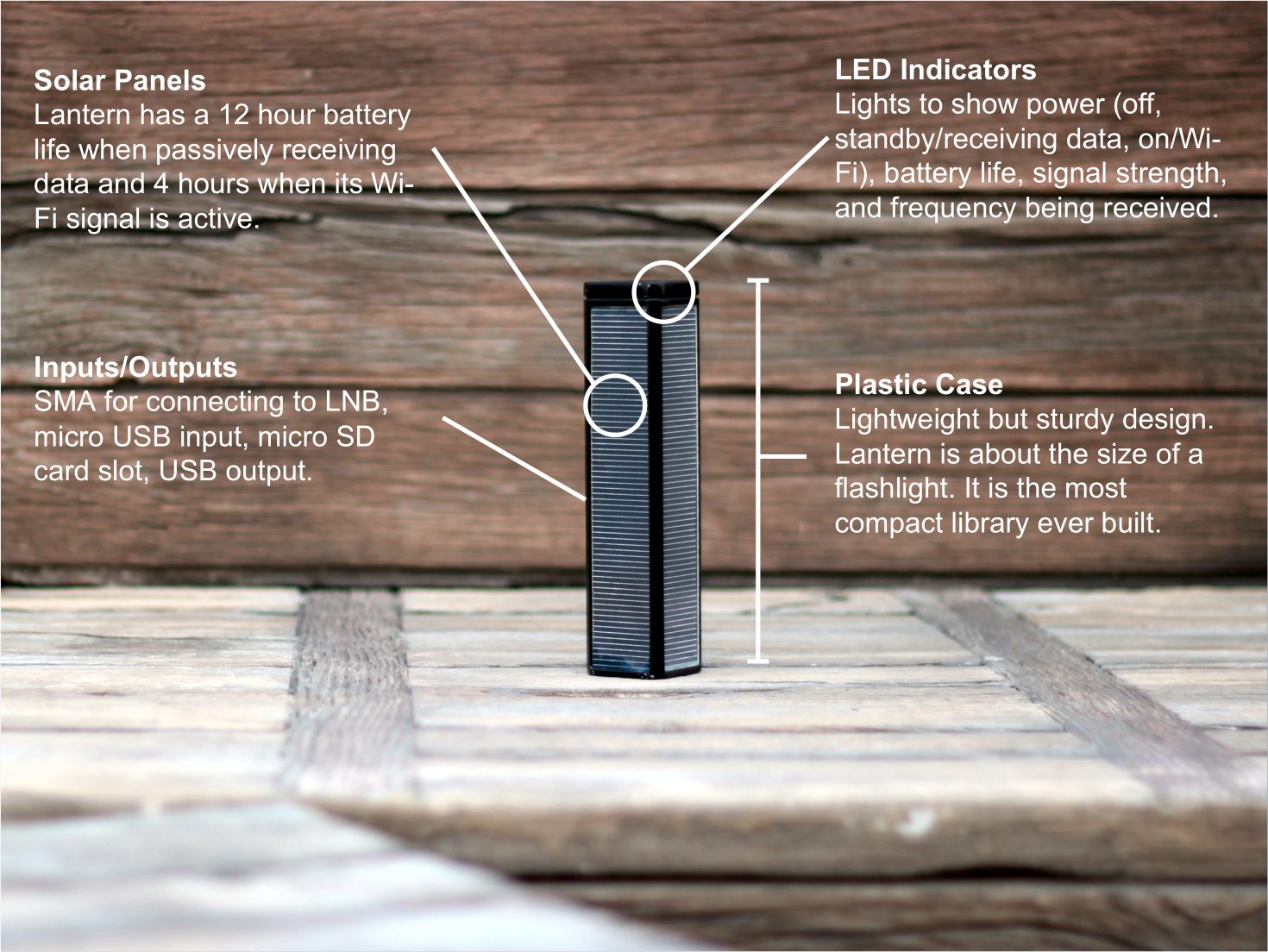 It's more than just another addition to your emergency kit though; the Outernet also broadcasts educational material, and with 4.3 billion people on the planet without internet access, it could offer a chance to free education. Current content includes everything from videos on literacy to lectures on computer programming.

Other examples of its uses are in times of government censorship of the internet during protests for example. The satellites are out in orbit and not in control by any country's government and so people could get access to the data they require.

Currently the Outernet is being broadcast from two satellites (Galaxy 19 and Hot Bird) which covers North America, Europe, the Middle East and North Africa. Syed Karim, CEO of Outernet, says that 5 satellites would be able to cover the whole world.

The Lantern is currently looking for support on crowd sourcing site IndieGoGo and a pledge of US$99 can get you your own Lantern device or let you donate it to an organisation in need. If the campaign is successful and sees commercial release it will sell for US$149.