The whole of the U.S could be powered by solar roads Solar Roadways, a small US company, are in the midst of developing a road surface with a difference, which may change the way we use energy, the road surface is constructed of solar panels. If the solar road is installed nationwide it would have the ability, potentially, to produce more renewable energy than what is used by the entire country. A prototype has already been made and this was installed in a parking lot. The company are now looking for Crowdsourcing funds in order to be able to make some amendments to the design and eventually take it into production. 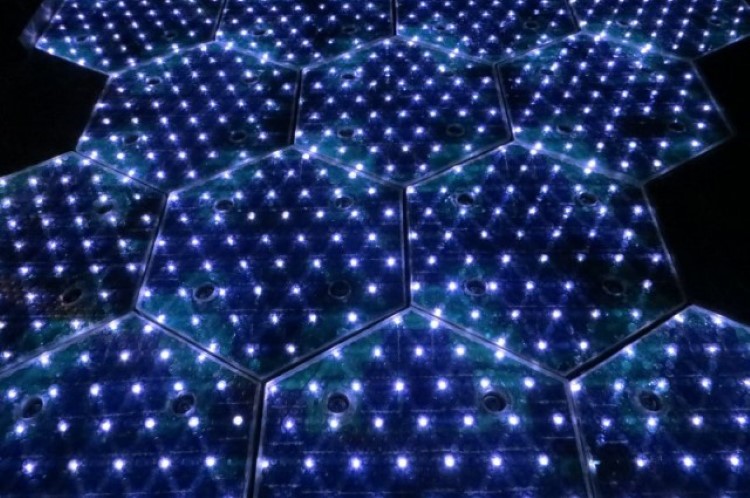 The company was founded in 2006 and they have made glass solar panels in the shape of hexagons that come fitted with LED lighting. It can be installed on various surfaces and the company say that the panels would pay for themselves, along with benefiting both homeowners and businesses alike. The solar panels would generate enough energy from all the parking lots and drives so that they could power buildings, while excess energy from the panels would be sold back to the grid. 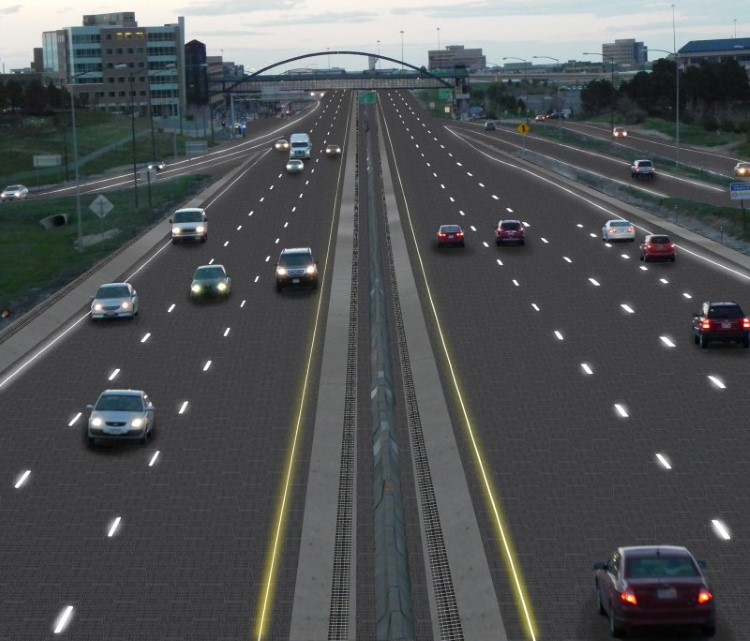 In a demonstration the company showed that the solar panels can take even the heaviest of trucks, as they showed a truck of around 250,000 pounds driving over the panels.
https://www.youtube.com/watch?feature=player_embedded&v=iKO-sDdJzTw

Along with being superb sources of energy for buildings, the solar panels would also come with a heating element inside which would be able to melt snow and ice, this would make them a godsend in the winter months as they could help to reduce the amount of accidents. At the same time the surface of the solar panels could be used to provide electric vehicles with power, and perhaps at some point in the future they could even charge whilst the person is driving, thanks to mutual induction panels. 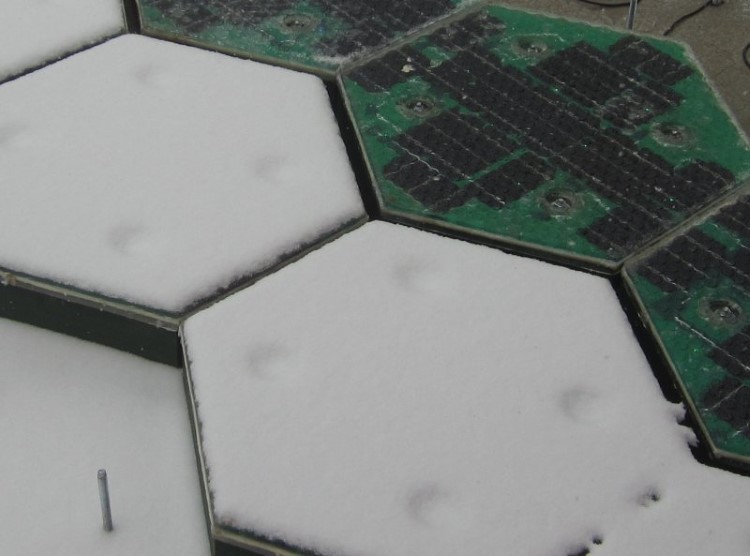 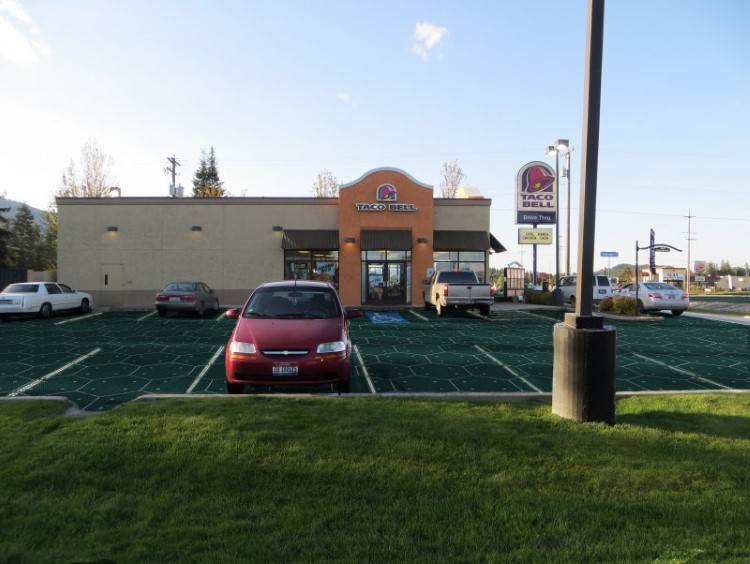 It seems that the solar panels have no end to being useful as the company has said that they found out that headlights from vehicles can produce energy in the solar panels, so even when people were driving around in the dark, they would be providing electricity.

You might think that it would be silly to use a glass surface and then place heavy vehicles on it. However in tests they panels stood this test well. The glass used for the panels is 10% recycled. The panels would be wired so if a fault did appear it would be very easy to detect it and make repairs 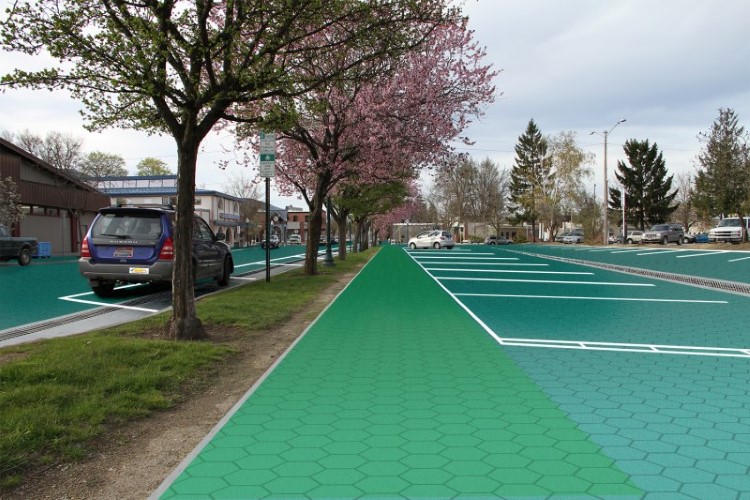 To make sure that there are no ugly power cables showing, the company also designed what they have termed “cable corridors”, these also make it very easy when utility workers need to gain access. At the same time the corridors could double up as holders for fibre optic cables to deliver high speed internet.

The company believes that in the US there is about 31,000 square miles of surface that they could use. If all of this was utilised by the solar panels, the system could essentially produce more than three times the amount of electricity the whole of the country uses. One of the benefits is that there would be a big decrease on being dependent on oil from foreign countries. At the same time the C02 emissions would also be cut down by a fairly large amount. 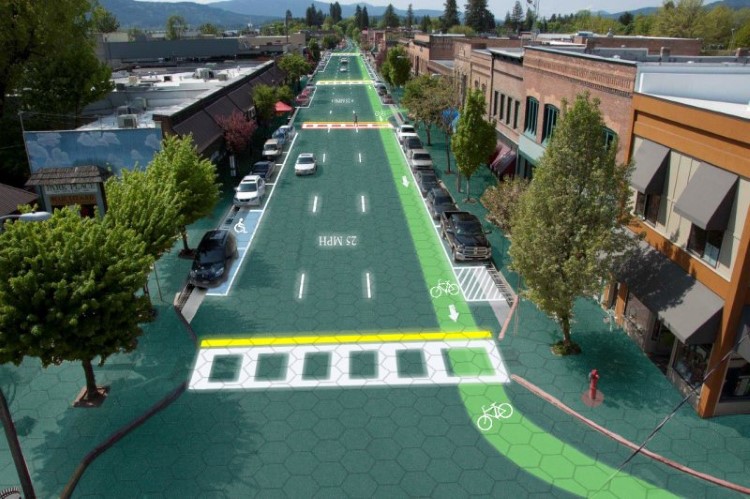 Solar Roadways have an Indiegogo page and the company is hoping that they are able to raise $1 million. This money is required in order for them to hire engineers; they would then be able to make the final modifications needed, which in turn would allow them to go into production. Providing they do meet their target, installation of the projects could start towards the back end of the year. Of course if they want to cover all US roads, it is going to cost an arm and a leg.