You might associate the town of  Le Creusot with resilient kitchenware. And you’d be right, but before the brilliant fry pans, Le Creusot made its name by being the location of the world’s first steam hammer. Built in 1840 for Schneider & Co., the massive piece of machinery weighed 2,500 kilograms. 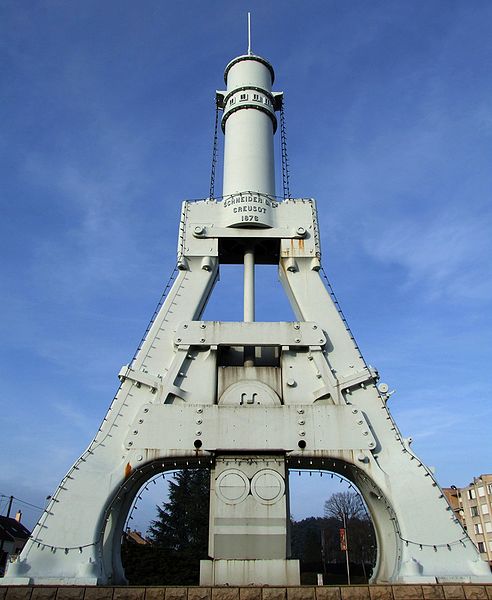 The steam hammer seems to have been invented simultaneously by two engineers. One based in Scotland and one in France. The Scottish engineer, James Nasmyth and his French counterpart Francois Bourdon both came up with the idea in 1839. Tensions were high between the two men, as they accused each other of stealing each other's designs. The two men were trying to figure a way to create larger and more powerful shafts and cranks necessary for the increasing number of locomotives and paddle boats.

Bourdon’s steam hammer, the first in the world, was built in 1840 for the Schneider & Co. works at Le Creusot. It weighed 2,500 kilograms and lifted to 2 meters. Schneider & Co. built 110 steam hammers between 1843 and 1867 with different sizes and strike rates, but trending towards ever larger machines to handle the demands of building large cannons, engine shafts, and armor plates. In 1877, a massive hammer with the ability to strike a blow of 100 tons was built. It was the largest and most powerful in the world and held this record for 14 years. Later the Bethlehem Iron Company of the US purchased the hammer's patent rights from Schneider and built a steam hammer of almost identical design but capable of delivering a 125-ton blow. 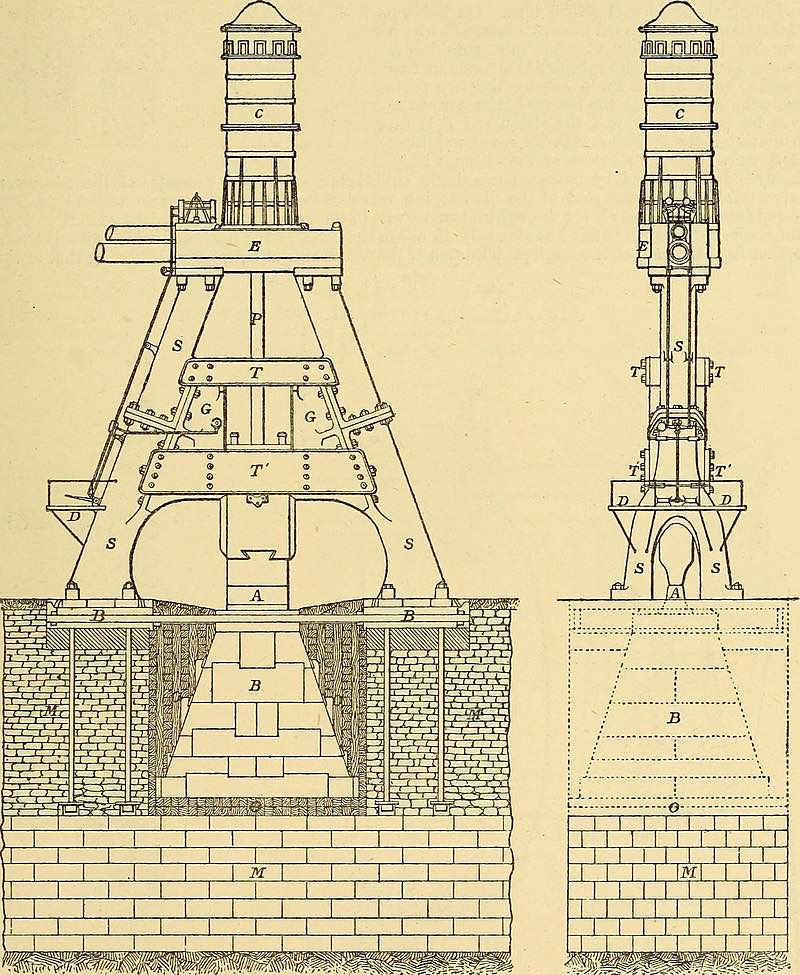 Like all technologies, eventually, the hammer was made obsolete by other more efficient technologies. A modern day hydraulic forging press is 800 times more powerful than the Creuset hammer.

The powerful hammer now marks the center of the town of Le Creuset as a symbol of the town's industrial past. The town is still home to metallurgical companies but it's the hammer that tourists come to see. The powerful symbol of engineering advancement is the largest example of its kind in the world. In 1981, the hammer was named a ‘Historic Mechanical Engineering Landmark’ by the American Society of Mechanical Engineers.

Other large steam hammers are also proudly on display in the cities that they once dominated. Often they are still in their originality, as the factory around them has been removed or crumbled away.

The campus of the University of Bolton, England, is home to a large Nasmyth & Wilson steam hammer and a smaller steam hammer in Wigan Pier. Another English hammer of the 1860s stands in a park in Sandviken, Sweden, while the Smithsonian Institution hosts an 1856 Nasmyth hammer.