This is Not a Movie Still, This is NASA Whilst it may look like a scene straight out of a sci-fi movie, this is Earth without any editing. The photos are from a test flight of NASA's Morpheus project which took place at the Kennedy Space Center's Shuttle Landing Facility. 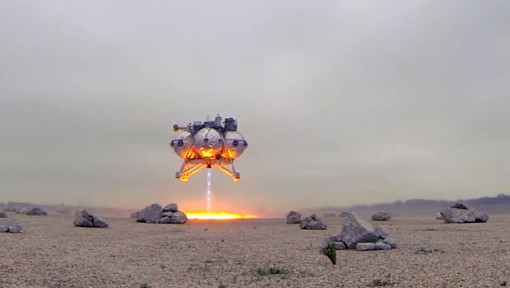 Project Morpheus has developed, and now tested, a prototype planetary lander that features vertical take off and landing (VTOL). Its website claims it has been "designed to serve as a vertical testbed (VTB) for advanced spacecraft technologies, the vehicle provides a platform for bringing technologies from the laboratory into an integrated flight system at relatively low cost."

The project hopes to increase autonomy, reliability, safety and reusability (Space X projects have also focused largely on reusability with VTOL testings also underway). The project hopes to allow landings in places and environments that were previously considered to hazardous. Morpheus integrates Autonomous Landing and Hazard Avoidance Technology (ALHAT) meaning that the landing will be purely automatic and provides hazard avoidance for a safe precision landing - searching for a safe flat area and detecting any hazards. 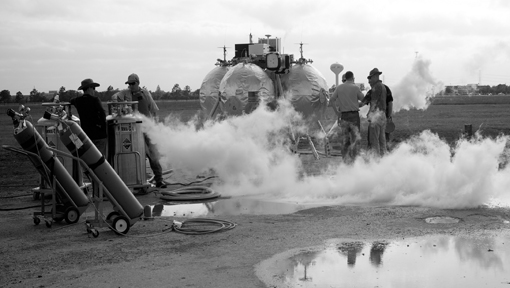 The spacecraft is powered by liquid oxygen(LOX)/liquid methane propulsion system with a burn time of 321 seconds (5 and a half minutes). The cryogenic propellants burn cleanly and are non toxic - a bonus for environmentalists who wish not to continue human pollution at all let alone beyond our planet. The project is also investigating into producing oxygen and methane from the burning of fuel; Oxygen is of course useful in space for obvious reasons.

More Stories
scienceAsteroid Bennu: Will the best-characterized asteroid in the solar system hit the Earth or not?
Deena Theresa| 8/12/2022
innovationThe Sleep Revolution Is Here: The Role of Science in Comfortable Sleep
Donovan Alexander | 6/17/2019
cultureSaving water with wireless technologies is possible - but there are challenges
The Conversation| 8/13/2022