Imagine a stained glass window in your home that could power your lighting or charge your phone and other devices. That's the vision of researchers at University of Michigan, who have developed the first semi transparent coloured solar cells. They hope that their invention can go on to be incorporated into the windows of a building, or even billboards and adverts. The cells can be made to any colour and are produced on an ultra thin film. 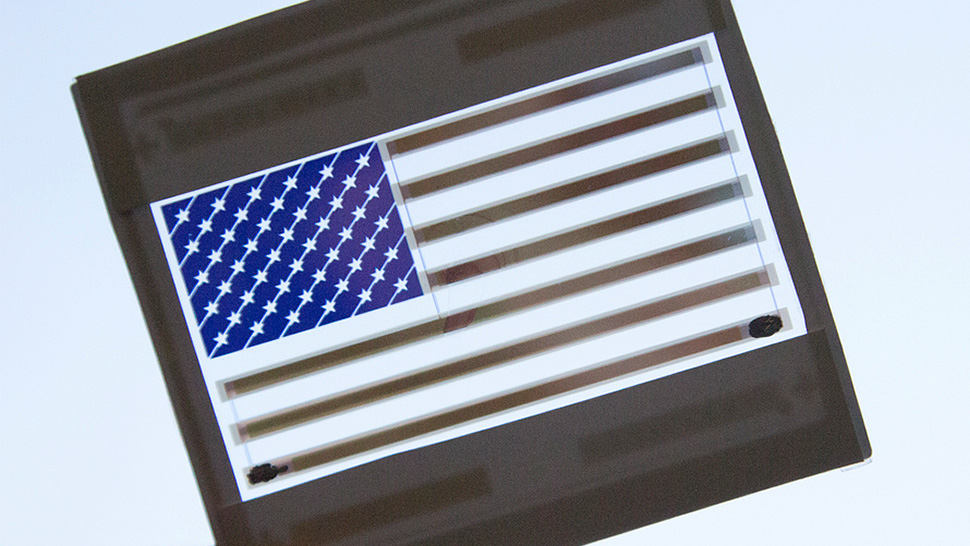 Solar cells are generally black, as this allows maximum absorption of energy from the suns rays. Whilst these semi transparent tinted photovoltaics only produce a third of the normal black solar panels, they do have a much wider range of possible uses and locations for mounting. The semi transparent colours can open up a load of new possibilities for designers. The sacrifice in efficiency is made up by the increased range of uses.

"Today, solar panels are black and the only place you can put them on a building is the rooftop. And the rooftop of a typical high-rise is so tiny,” said Jay Guo, a professor of electrical engineering and computer science at the university. "We think we can make solar panels more beautiful—any color a designer wants.”

The team have demonstrated the idea with a palm sized American flag. "All the red stripes, the blue background and so on—they are all working solar cells," Guo said. The flag operates at 2% overall efficiency which results in an identical meter-square flag having the ability to power small devices and fluorescent light bulbs. The team are currently working to improve this figure and home in on the 10% efficiency found in state of the art cells (that are not coloured). 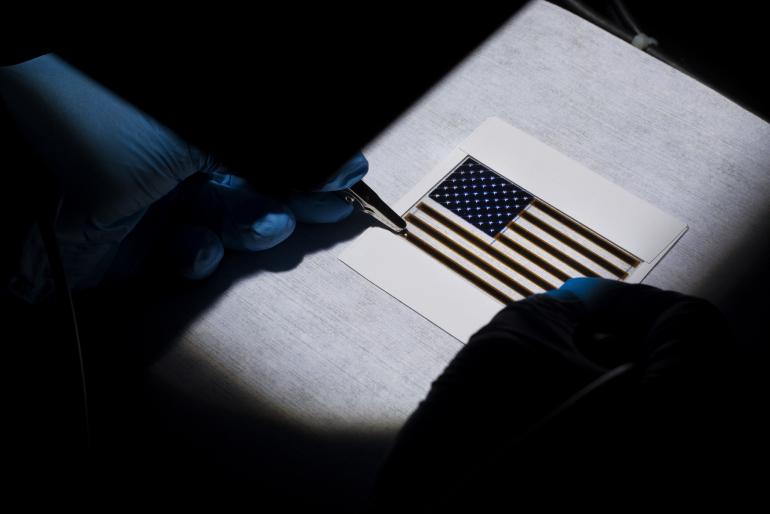 To make the cells, an ultrathin sheet of amorphous silicon is sandwiched between two semi-transparent electrodes, which allow the light to hit the semiconductor, as well as carrying the electrical current generated by the cell. "This hybrid structure, a combination of both organic and inorganic components, lets the researchers make cells that are 10 times thinner than traditional amorphous silicon solar cells," said the university.

Another feature worth mentioning is that results have shown that these cells would not operate better or worse based on the suns location as the colour hues do not change with viewing angle. Traditional solar cells however work better when in direct sunlight and thus have to pivot with the location of the sun.

More Stories
scienceIn a first, researchers produce oxygen from magnets for space exploration
Loukia Papadopoulos| 8/13/2022
cultureHow AI and RFID could solve the surge in lost airport luggage
Deena Theresa| 7/28/2022
innovationA YouTuber gives snakes their legs back to make them walk. Because, why not?
Ameya Paleja| 8/15/2022