TwoEyes VR Mirrors Human Eyesight Like No Other Camera Virtual reality headsets and cameras became some of the hottest gadgets on the market this year. One company wants to take VR to an entirely new level with its multi-function binocular 360-degree VR camera. Meet TwoEyes! 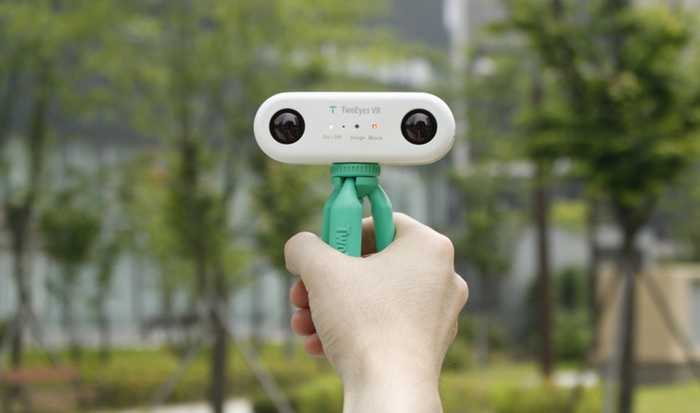 TwoEyes VR claims to be the world's first 360-degree 4K video camera. The device's makers spaced two pairs of 180-degree lenses 65 mm apart, the typical distance from eye to eye on humans. According to the company, these F2.0 fisheye lenses "allow TwoEyes VR to view and capture the world in the same way as the viewer."

TwoEyes takes in images similar to a pair of human eyes. We view objects from two separate lines of sight, and the overlapping visuals help determine our depth perception. Creators applied that same concept to TwoEyes, giving this VR system an unparalleled realism while shooting and viewing the footage. 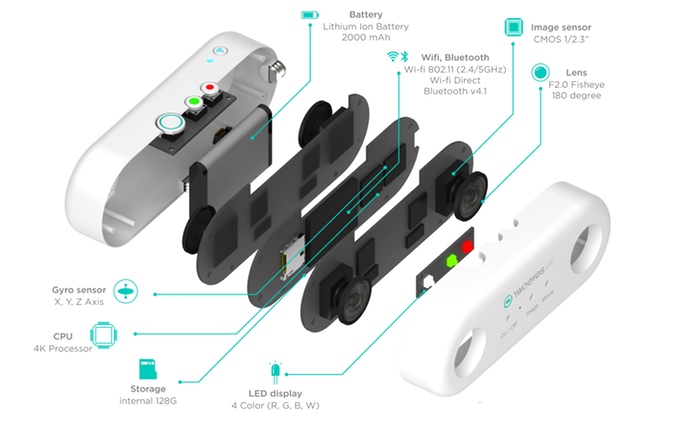 To capture your memories, use one of TwoEye's modes. By holding the camera horizontally, you film in "two-eyes mode." This mode lets you record footage in the realistic 3D video TwoEyes wants to be known for. Holding the device vertically, the camera switches into "one-eye mode" and uses only two lenses of the four available. This allows it to film in the same style as other 360-cameras.

Compared to other cameras and VR equipment on the market, TwoEyes excels in combining multiple systems into one device. 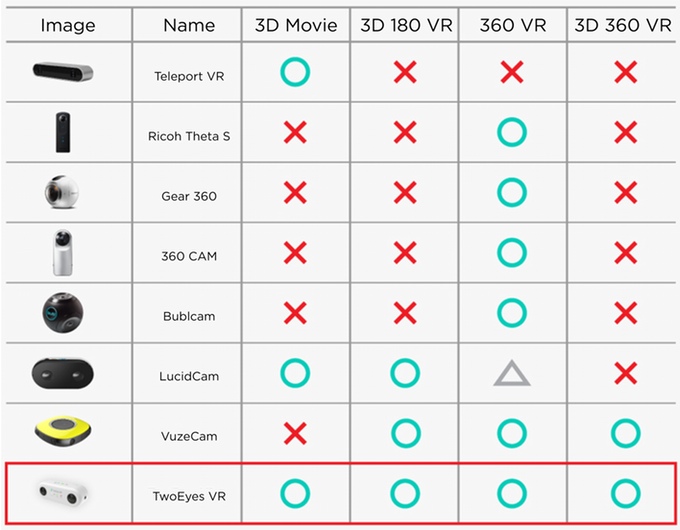 The camera comes equipped with an app that allows users to film remotely. They can then edit the video into various modes ranging from traditional 2D to 3D 180-degree VR, 3D-360-degree VR, 3D and more. Once you're done editing, share your creation with the world. The app connects you to social media platforms of your choice as well as 360-compatible sites like YouTube 360.

How can you view your incredible footage? TwoEyes VR can be seen through a head mounted display for exciting immersive experiences. You can also use 3D glasses for your 3D VR footage or display the content on a 3D TV.

You can check out the system on Kickstarter. It launched in December 2016 and looks to raise $40,000 in funding. You can also find them on Facebook here.