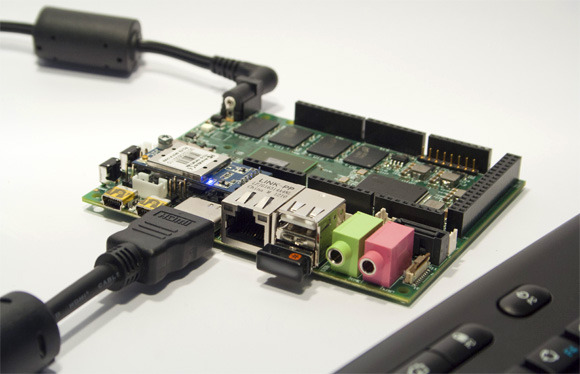 Arduino is an open-source electronic platform often used for prototyping, art expressions and innovative designs. The platform is able to perceive signals from the surrounding environment via numerous sensors and form a response to the environment by using motors, lights and other mechanisms. IDE (Integrated Development Environment) could be downloaded for free and uses programming language based on Wiring .

Nowadays at Kickstarter could be seen a crowd-funded project for highly upgraded version of Arduino board, which turns the platform into micro-computer with improved performance. The device is called UDOO and supports Linux (to be more exact, this is Linaro, an optimized version of Ubuntu) and Android. As hardware UDOO offers 1GB of RAM memory, 1 GHz processor (dual or quad core), several USB ports, Wi Fi module, Bluetooth device, Micro SD card slot which is used as boot device. 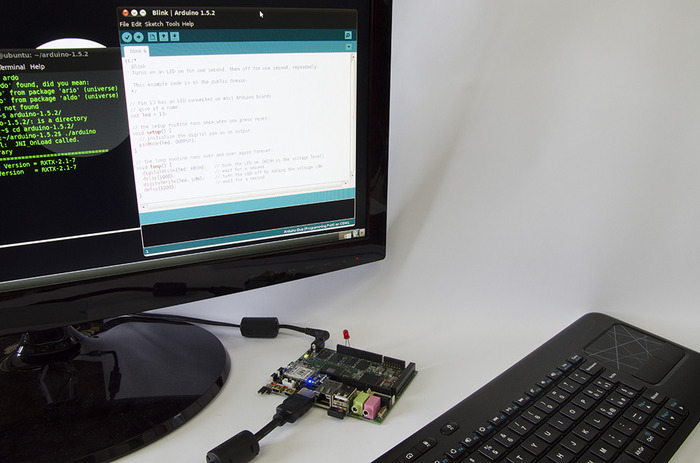 So far - so good, but what is the exact purpose of UDOO? It is supposed to stimulate your creativity and help you while creating different DIY gadgets such as game controllers, LED light-controllers, etc. The project is developed by two companies who worked together on several previous projects, SECO USA Inc. and Aidilab. 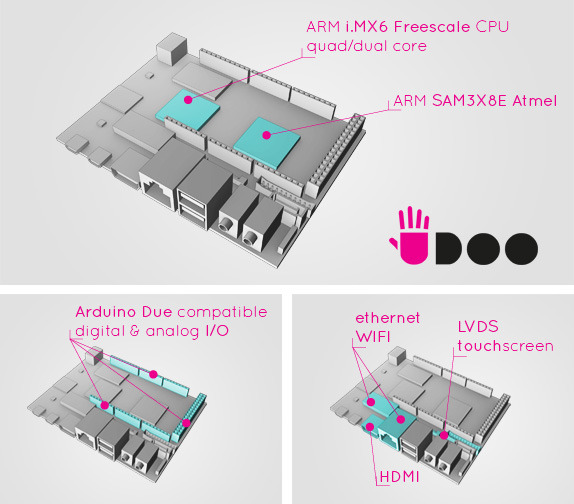