This Unusual Micro-Amusement Park is All About Lasers, Robots and VR Downtown LA will soon see a micro-amusement park that gets rid of boredom from regular amusement parks. Founded by two mad scientists in 2012, Two Bit Circus focuses on revolutionizing the concept of entertainment, uniquely blending it with engineering.

Two Bit Circus founders Brent Bushnell and Eric Gradman had prior experience in the entertainment industry as well as engineering. Eric Gradman himself dons the role of Chief Technical Officer and innovator of Two Bit Circus is a Robotist, Scientist and an acrobat performing stunts like spitting fire while hanging upside down.

Brent Bushnell is a practicing clown in the circus since age 10. Brent had untiring enthusiasm for inventions in the entertainment industry. Brent’s father, Nolan Bushnell, himself co-founder of Atari and Chuck-e-Cheese, is famous for integrating family food restaurant and arcade games in late 70’s. For Brent, invention runs in his blood, which further groomed by his father to make them succeed.

Both co-founders of the amusement park teamed up in 2008 to start their journey by inventing and tinkering science for fun and entertainment. Prior to the starting up Two Bit Circus, both worked together in event shows at Intel, Honda and Microsoft and shot to fame with performances in the big NFL and Olympic events.

With a team of cross-functional engineers, Two Bit Circus specializes in engaging and entertaining everyone from your home. Magic mirrors that produce reality experience, “story rooms” to gauge your super hero powers, giant ball pits that use motion-sensing technology to engage the spectators, a massive robot bartender, 3D Tetris and the splendid organic tequila rain are some extraordinary activities that await the entertainment lovers in Two Bit Circus.

“I see our micro-amusement park as completely disrupting the entertainment industry, the world has nothing like this: there's no place that takes advantage of smaller spaces like we intend to do” says Eric Gradman.

The team also recreates an incredible VR experience. With a sole aim of fusing reality and the material world, Two Bit Circus offers interactive and imaginative VR technology for its guests such as cinematic 3D-360 videos and synchronized group viewing of VR content.

Arrival of some new @htcvive trackers has a few carnies thinking world domination. We're going to let this one ride itself out... pic.twitter.com/AbC9M9egnh

"We are not your most typical nerds," says Brent. "We’re not pencil pads and lab coats, but games and lasers and robots."

The company raised an investment of $6.5 million in 2015 but failed to repeat the same in 2016. However, in January 2017, the team successfully garnered an investment of $15 million from Jazz Venture Partners for establishing micro-amusement parks across 30000 acres land by 2018. The parks evolve into VR theaters and social gaming theme parks, with fire & laser shows, the Two Bit Circus promises an irresistible family entertainment. 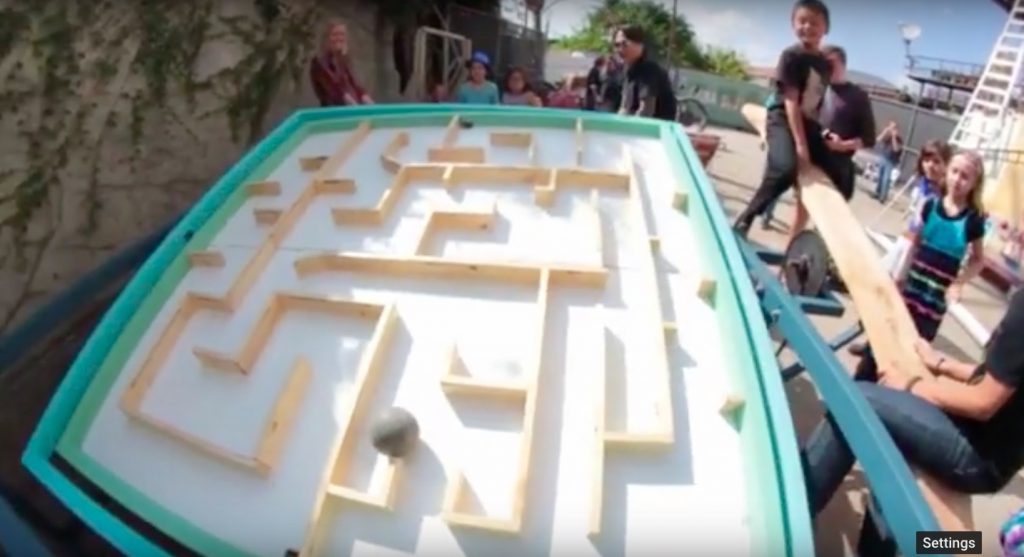 In all, Two Bit Circus is sure to redefine the entertainment through interactive experience ever visualized. The rise in investor confidence in this novel concept is a good sign of positive things to come.