Hong Kong is known for being a tech savvy and advanced city and now, it has the title of the world's longest outdoor escalator  system covering nearly 1 kilometer in distance. The Guinness World Record is found in Mid-levels - a part of the city particularly known for its incorporation of smart technology. The escalator covers a vertical distance of 135 meters and this hill climb is split into 20 separate escalators connected by 3 inclined moving walkways and normal foot bridges. 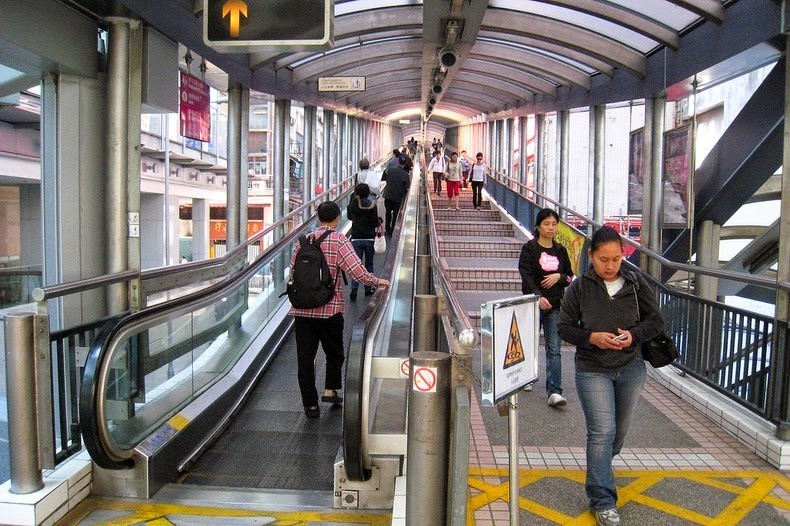 There are a total of 14 entrances and exits but the journey from bottom to top takes a total time of 20 minutes, if you were to stand still whilst being on the escalators. The topography of the area means that whilst the escalator travels only 800 meters, the same journey would take several miles of zig-zagging via car or public transport.

The escalator system carries 55000 people a day although originally forecast at 27000 and is free to ride. Interestingly the escalator runs downhill between 6:00 am and 10:00 am and then flow is reversed to travel uphill between 10:30 am and midnight. The escalator system was of course built to provide a solution to pedestrian transport and ease traffic within the area but has also become a tourist attraction and has restaurants, bars and shops lining its routes. 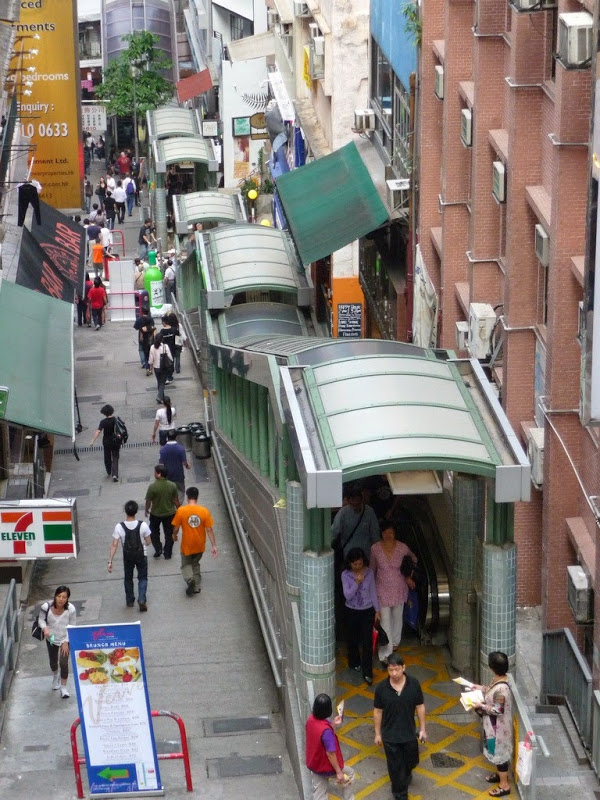 In operation since 1993, it cost HK$240 million (US$30 million) to build although it was originally approved in March 1990 with a budget of HK$100m and annual maintenance costs of $950,000 - its scope and budget was of course considerably increased. In November 1996, the Director of Audit issued a report which criticised the project as being a "white elephant", saying that it failed to achieve the primary objective of reducing traffic between the Mid-Levels and Central, as well as over-running its budget by 153%. 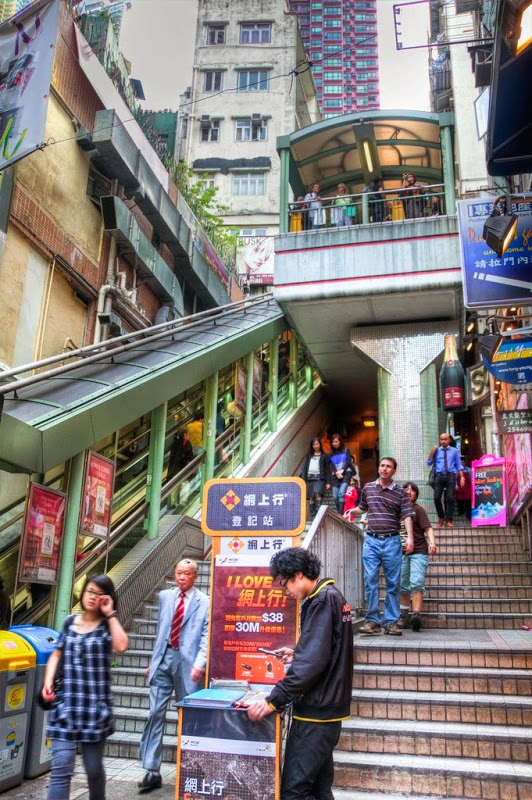 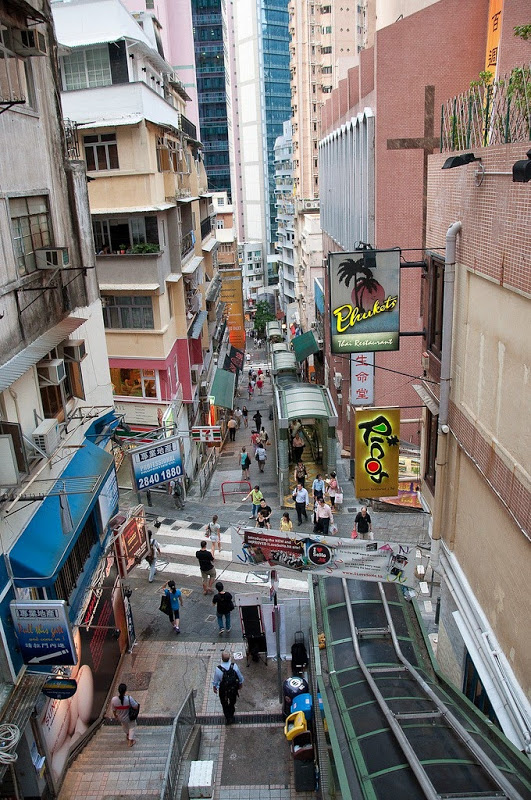 Despite its failure of reducing traffic in the area, the escalator system has gained a strong following by the locals as a free convenient method of transport and they are grateful for the revitalisation it has brought to the area with new businesses and attractions.

In 2011, another similar project was proposed that would exceed the record and stretch at 880 meters, however this still remains in consideration and has yet to be confirmed to go ahead.