Some insects are already scary enough. Imagine a fleet of insect-inspired robots moving at you. An international team of engineers developed a six-legged robot that moves considerably faster than other robots.

Like other engineering teams, researchers with the University of Lausanne and Swiss Federal Institute of Technology, UNIL and EPFL, looked to the organic to craft the inorganic. 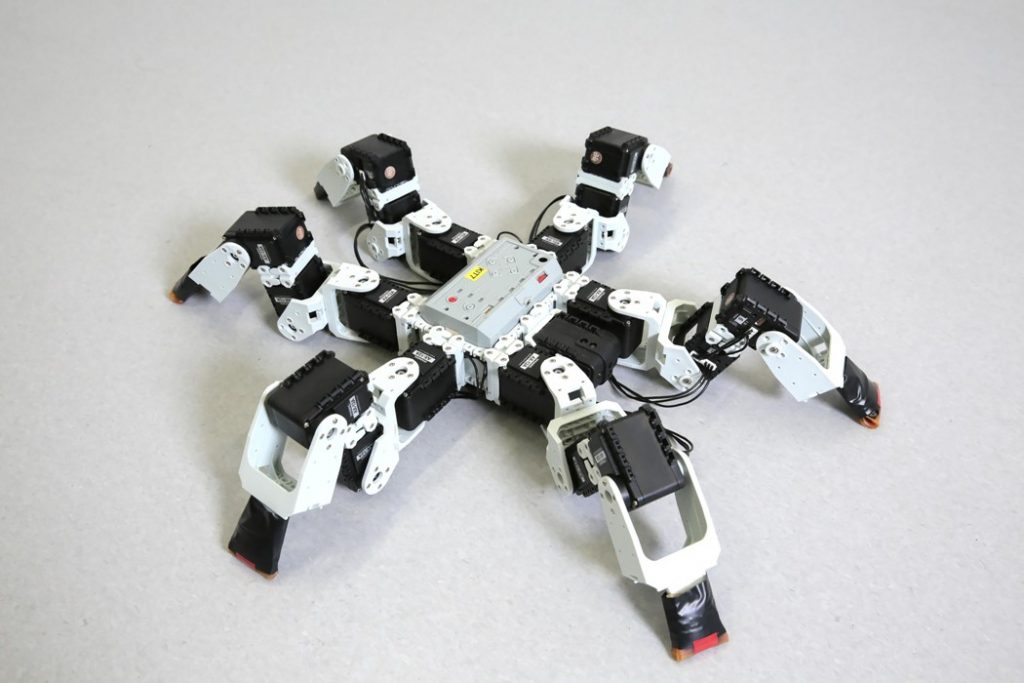 Most insects walk with a tripod gait; they keep three legs on the ground while walking. The team suspected that another type of movement might be a bit more efficient.

"We wanted to determine why insects use a tripod gait and identify whether it is, indeed, the fastest way for six-legged animals and robots to walk," said Pavan Ramdya, co-lead and corresponding author of the study, in a press release.

The insect inspiring such revolutionary research is the often-studied Drosophila melanogaster aka the common fruit fly. The team conducted a lot of computer simulations and created an evolution-based algorithm to optimize the possible gaits. The algorithm weeded out the slowest gaits and tagged the fastest.

The simulations showed that (without the need for adhesiveness), insect-inspired legs moved fastest in a "bipod" gait.

"Our findings support the idea that insects use a tripod gait to most effectively walk on surfaces in three dimensions and because their legs have adhesive properties. This confirms a long-standing biological hypothesis" said Ramdya. "Ground robots should therefore break free from only using the tripod gait."

Not only does this research benefit robotics, it also helps out biologists. By studying the effects of adhesion in the flies, the researchers could do biological research on insects.

They put tiny polymer booties on the flies' legs. This covered the adhesive pads. (Just take a second to visualize flies wearing itty-bitty rain boots.) Without the need to adhere to a surface, the researchers noticed the flies naturally adapted to a more efficient type of movement.

"This result shows that, unlike most robots, animals can adapt to find new ways of walking under new circumstances," said Robin Thandiackal, a co-lead author of the study. He expounded upon the important ties between natural sciences and robotics:

"There is a natural dialogue between robotics and biology: Many robot designers are inspired by nature and biologists can use robots to better understand the behavior of animal species. We believe that our work represents an important contribution to the study of animal and robotic locomotion."

You can read the full report on Nature Communications.

SEE ALSO: This Bipedal Robot Could be the Next Great Delivery System