Traditional wind turbines are great- as long as the wind blows at a certain speed. Now, with inspiration from insects and some clever engineering, scientists have designed a new turbine blade which is 35 percent more efficient than traditional turbines. The emerging technology could revolutionize wind technologies, making them viable in places where wind speeds are sub-optimal. 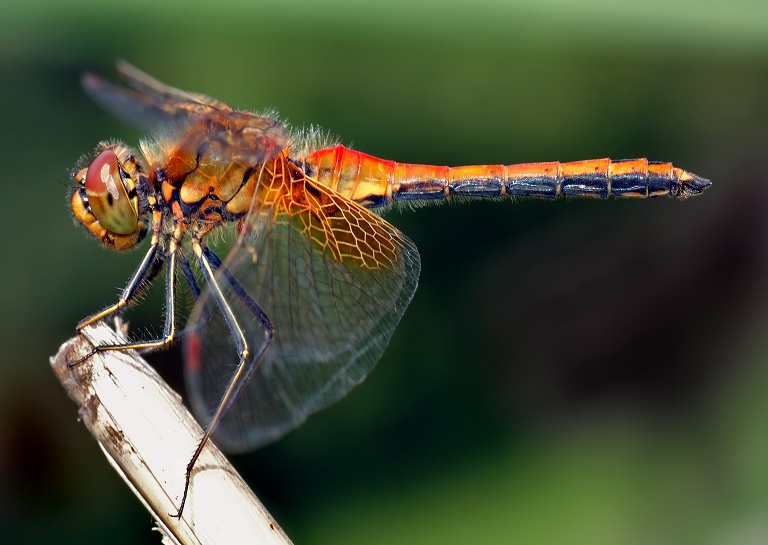 The principles of wind turbines are relativity simple. The entire operation is almost the opposite of a fan. Instead of using electricity to produce a breeze, massive blades harness the energy of the wind to turn a turbine which produces electricity.

The efficiency of the blade depends on how much energy can be extracted from the wind. However, getting the blades to spin as fast as possible is not the most efficient method. The blades are angled in such a way to convert just enough wind energy into mechanical energy. At a certain point in time, taking too much energy from the wind reduces the turbine's efficiency (The theoretical maximum efficiency). If more energy is taken out, the blades begin to act as a wall. If all of the energy is taken, the wind will have a velocity of zero and will leave the system with zero energy.

The angle of the blades is designed to keep the blades spinning at an optimal speed. However, the blades are can only maintain the speed over a certain range of wind. Typically, the blades are engineered to match a region's most common wind speed. Unfortunately, if the wind blows too fast or too slow, the turbine's energy output can be significantly impacted.

Creating a more efficient turbine is a difficult task. Currently, there are a few turbine blades which can change their angle of attack. The variable pitch technology allows the turbine to autonomously alter the angle of attack of the blades to maximize the efficiency. While the system enables wind turbines to function with a greater range of wind speeds, it is still restricted by a solid structure.

To produce the maximum amount of power, the wind must strike the blades at a precise "pitch angle" to apply just the right amount of torque to a generator.

Insect wings do not face the same problems as wind turbines. Instead of solid structures, insect wings have flexible wings which enable them to direct the aerodynamic load in the direction of their flight, increasing their power. Their wings' natural ability to bend further reduces drag and fatigue.

A team of researchers decided to test just how much more efficient a flexible blade can be. The experiment involved three separate blade systems; a rigid, semi-flexible, and very flexible structures. Each turbine had three rotors, but the two flexible rotors were made of a pliable material called polyethylene terephthalate, whereas the rigid rotor was constructed out of a stiff synthetic resin.

What makes flexible blades so much better?

Different wind speeds change the pitch varyingly. Higher speeds cause the blades to pitch more and allow more wind to pass. At lower speeds, the blades can flatten out to extract as much energy as possible. As a result, the rotor is much more efficient than a rigid design.

One of the greatest issues of wind turbines is generating a rotor which can handle the environmental and mechanical stress. To be a viable alternative, the blade must be as or more durable than the current carbon fiber blades. Also, the blades must weigh a similar amount to further reduce stresses and to be installed in current structures without the need for reinforcement.

The technology still has yet a ways to come. However, it is a step in the right direction to reaching a sustainable means of energy production. The next step will be designing a full-scale experiment to fully determine the viability of insect-inspired wind turbines.