Inspiring Video Demonstrates Urban Growth in Shanghai Over the Years

Many cities around the globe have experienced exponential growth in their urban centers in recent years, and Shanghai has seen perhaps one of the most dramatic changes. The city in China just thirty years ago was a flat urban metropolis with lush greenery and expansive parks. While certain parks are still present, Shanghai has caught the skyscraper bug and expanded upward in recent years. Now, the city resembles the density of New York, and one filmmaker has set out to demonstrate just how dramatic the change has been, check it out.

These artists captured the city through video, but eliminated the skyline that wasn't present 30 years ago. Vast open spaces where previously no skyline was present have not turned into a row of great towers and business buildings. The growth of cities is an interesting one, and the engineering that has to come into play with rapid growth can often be shotty at best. Urban planning takes time, although it looks like the engineers behind Shanghai were prepared for the cities rapid expansion. 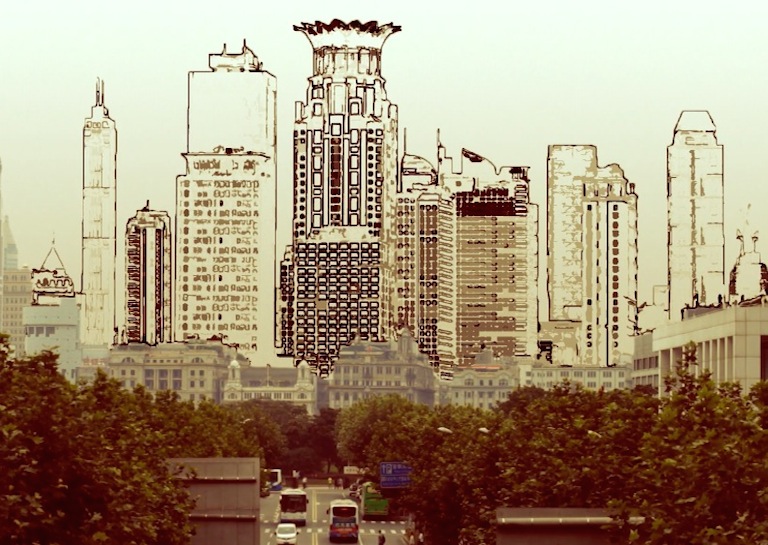 The filmmakers behind this video have spent years traveling the world, the result of which has been some really intriguing videos. Check out this one to see what Paris would look like if all of the slopes were taken away.