Venice is sinking. This isn't new information, as the city has been practically sinking since its establishment.

However, it doesn't stop engineers fighting to save this monumental city. MOSE serves as an experimental electromechanical module system designed to protect the Venice and the Venetian Lagoon from high tide by flood barriers.

The city has been experiencing aqua alta or “high water” for the last several decades as a result of seasonal rain, rising tides, and strong winds. 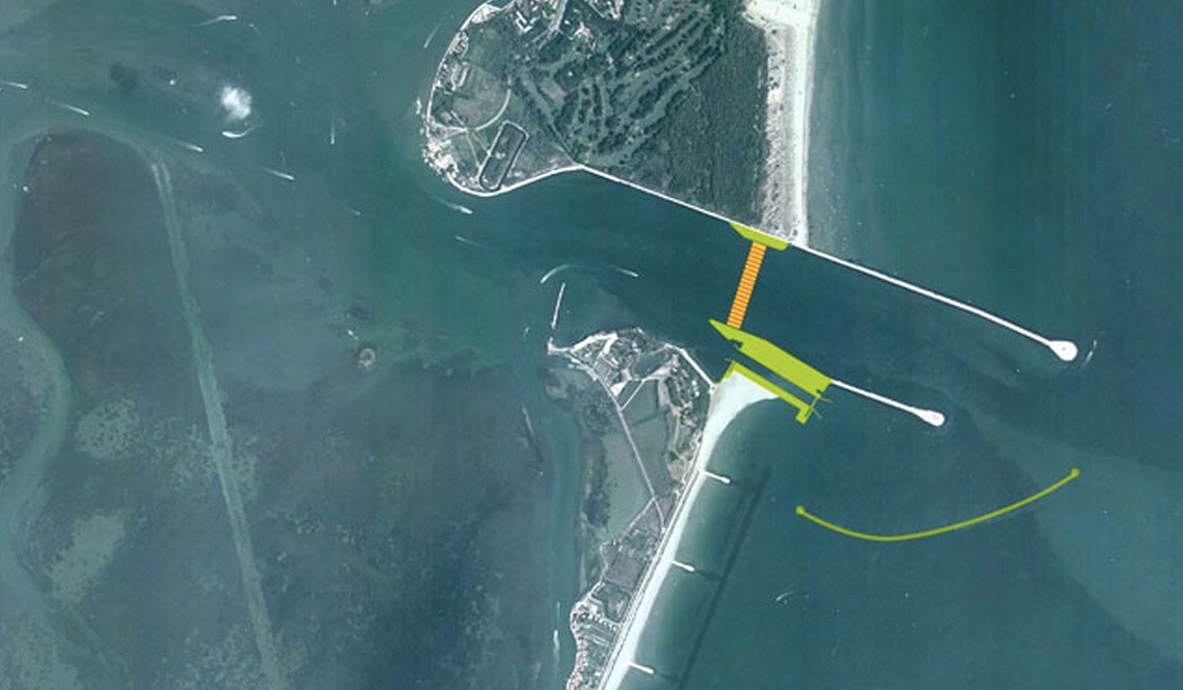 The project consists of mobile gates intended to temporarily separate the lagoon and the town from the Adriatic Sea during high tides up to 3 meters. It comes as part of the General Plan of Interventions to safeguard Venice.

"Under normal tidal conditions, the gates are full of water and rest in their housing structures. When a high tide is a forecast, compressed air is introduced into the gates to empty them of water, causing them to rotate around the axis of the hinges and rise up until they emerge above the water to stop the tide from entering the lagoon. When the tide drops, the gates are filled with water again and return to their housing."

The construction in each lagoon inlets began in 2003. However, research began between 1988 and 1992 in the Lido inlet.

MOSE flood barriers have installed at the Lido, Malamocco and Chioggia inlets. The barriers are flexible and designed to be operated in different ways according to the height and characteristics of the tides. Flexible barriers create 78 independent gates that are able to operate separately. This means each inlet could be closed partially or one at a time. The system takes into account the atmospheric pressure, the height of tide, forecast and winds.

All process takes around four to five hours, including the time to get the gates raised and lowered. The MOSE barriers are designed to allow the activities of large ships, fishing boats, and pleasure boats in the Venice Port as well.

"Measures to improve the shallow lagoon environment are aimed at slowing the degradation of the morphological structures caused by subsidence, eustatism, and erosion due to waves and wash. Work is underway throughout the lagoon basin to protect, reconstruct, and naturalize salt marshes, mud flats, and shallows; restore the environment of the smaller islands; and dredge lagoon canals and channels."

Today, villages and towns in the lagoon are around 23 cm lower than early 1900's. Each year, thousands of floods induce severe problems for the deterioration of architecture, inhabitants, urban structures and the ecosystem as well. Venice continues to sink around 1-2mm every year, 'naturally'.

SEE ALSO: Texas Man Buys a Dam to Protect Home from Floods and it Worked

Global warming remains one of the most important dangers for Venice as well as other seaside countries. If you like to get further information, technical and financial details of the project, check the MOSE link below.