Intel announced that it might have a final solution to the constant reboot issues of its previous Spectre and Meltdown patches; Linus Torvald, creator of Linux, had some less than savory comments on the subject.

A little over a week ago, Intel owned up to the fact that some of its firmware updates meant to reduce security threats caused by Spectre and Meltdown were actually causing more issues to several Broadwell and Haswell systems. However, in a statement released today by the company, they said they are making "good progress in developing a solution to address it."

"We have now identified the root cause for Broadwell and Haswell platforms, and made good progress in developing a solution to address it," Intel stated in a press release. "Over the weekend, we began rolling out an early version of the updated solution to industry partners for testing, and we will make a final release available once that testing has been completed."

When news of the Spectre and Meltdown viruses broke, companies like Apple, Intel, and Microsoft hurriedly went about finalizing the patches on which they'd worked for months. However, due to its sheer dominance in the industry and technological ubiquity, Intel had the most work to do out of most major companies. This solution could offer the final fix they've needed.

As of this most recent statement, Intel recommends that its customers stop distribution of the current patches as they might cause frequent reboots. Intel has now asked vendors to test those patch versions in order to keep systems up to date and make sure customers are well taken care of.

However, this fix isn't impressing everyone in the tech world. The always outspoken Linus Torvalds said in a public email chain that Intel's latest attempts at fixing “the patches are COMPLETE AND UTTER GARBAGE.”

“Has anybody talked to them and told them they are f*cking insane?” (Asterisk used by Torvalds.) 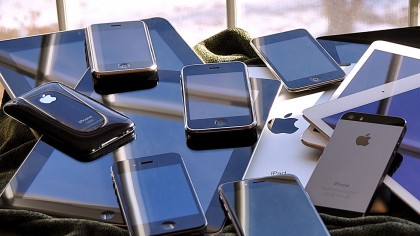 The Finnish-American software engineer is best known for being the principal developer of the Linux kernel -- the foundation for Linux operating systems, Androids, and most other software used by non-Apple-iOS fans. Torvalds laid out his case against the most recent Intel fix in his conversation with another engineer from Amazon named David Woodhouse. Torvalds certainly doesn't hold back his feelings with regard to the update:

"Is Intel really planning on making this shit architectural? Has anybody talked to them and told them they are f*cking insane?

They do literally insane things. They do things that do not make sense. That makes all your [i.e. Woodhouse’s] arguments questionable and suspicious. The patches do things that are not sane.

…So somebody isn’t telling the truth here. Somebody is pushing complete garbage for unclear reasons. Sorry for having to point that out."

Intel has since responded to Torvald's response, and gave this statement according to TechCrunch: "We take the feedback of industry partners seriously. We are actively engaging with the Linux community, including Linus, as we seek to work together on solutions."