Intelligent Robot Escapes From Lab Again, Researchers Might Scrap It

According to The Mirror, A robot named Promobot IR77 has escaped from a Russian lab for a second time and researchers are considering scrapping the program on which it's based. Promobot has been equipped with artificial intelligence and can remember everyone it meets. Additionally, it can remember locations, directions and can answer people's questions intelligently. Promobot is being designed to become a customer relations robot. However, it appears that Promobot has a keen desire to be free. Promobot has escaped twice from its lab now and researchers are wondering if the AI program that runs it is defective.

The Russian researchers said the other robots that have been programmed using the same AI interface do not seem to display the same escape tendencies. During Promobot's first escape, an engineer accidentally left a gate open. Promobot escaped through it, then ended up in the middle of a road blocking traffic. Cars had to swerve out of the way until Promobot ran out of battery power:

During Promobot's first escape we learn from The Mirror,

"Eventually, contact was made with the research lab and a sheepish engineer arrived to reclaim the robot. Oleg Kivokurtsev, co-founder of the company which created the robot, said: 'We were very nervous and feel bad that the robot has created traffic congestion. I should say that drivers were very nice, and did not swear at the machine, simply passing it by.'" -The Mirror

The researchers said that the self-learning Promobot continues to show signs of wanting to escape from the lab and for that reason, they are seriously considering scrapping its AI program. The researchers have already modified the AI program twice, but it doesn't seem to make much difference to Promobot, who seems determined to escape from its home lab.

According to Mashable, though, the escaped robot could be a massive PR stunt by the company who made Promobot. No one is entirely sure, but here's what Mashable had to say on this matter,

"But some Russian media is skeptical, claiming that this was just a clever marketing stunt to garner attention for the humanoid robot. After all, the Promobot company did post a video of the incident to its YouTube channel." -Mashable

What do you think? Is Promobot really trying to break free from its human overlords or is the entire thing manufactured as an ingenious PR stunt?

Leave your comments below!

To learn more about Promobot, check out the Promobot YouTube channel: 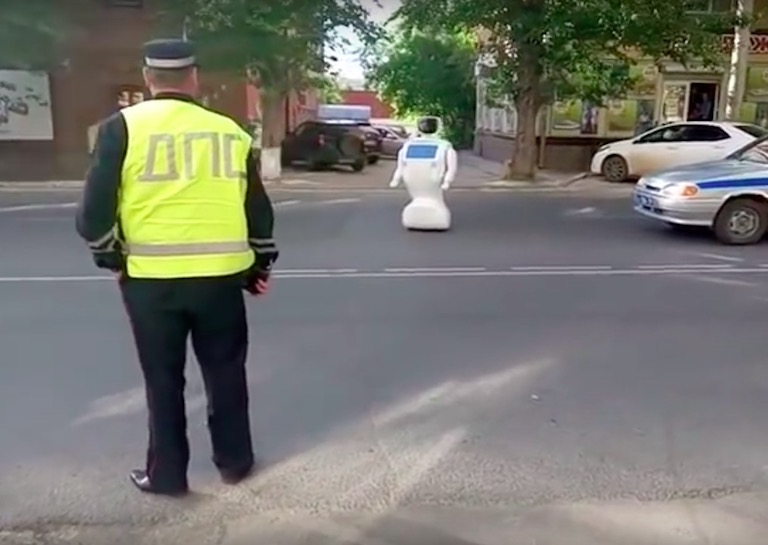