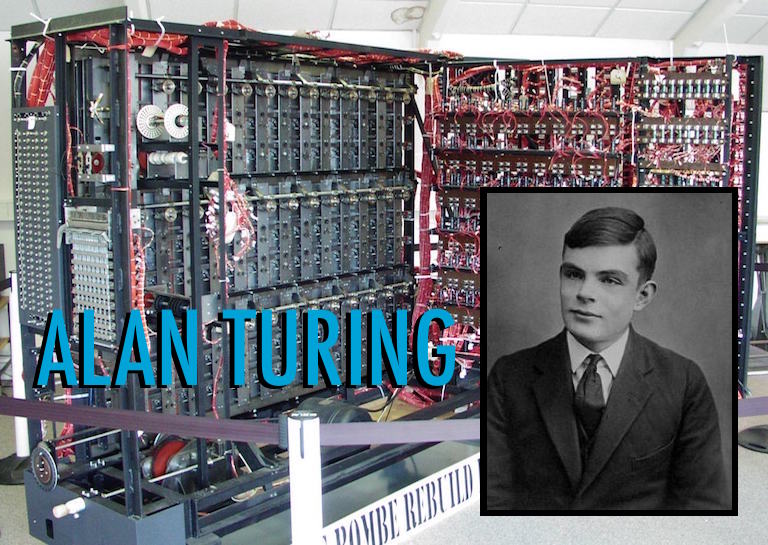 Alan Turing is the father of modern computer science and cryptology, and his rolls in WWII have immortalized him into history. At the time, his personal life drew scrutiny, which may have ultimately led to his suspected suicide. Despite this, he was a genius, and much of our modern technology is rooted in principles which he founded. Turing would have been 104-years-old today, and here are some of the most interesting facts about his life.

He was a Genius at an Early Age

Born in 1912, Turing was wowing teachers ever since grade school. His skills were so incredible that he was able to solve complex equations and problems despite never being taught them. It's no wonder that the man went on to become a technological legend.

He Invented the Computer

In 1936, Turing devised the first example of the modern computer, the Turing Machine, a machine that could compute anything that could be computed. This was an innovative idea at the time, and it eventually led to the creation of modern computers.

Besides his work in Computer Science, he also did extensive research in artificial intelligence and cryptology. He was the first person to set standards of intelligence to differentiate humans from machines. This foundation is now seen in CAPTCHA, used to determine if a user is human.

He Broke the Enigma Code in WWII

His work was responsible for breaking the Enigma code in WWII, saving thousands of lives and possibly ending the war years early. On September 4, 1939, he began work on codebreaking at Bletchley Park. This endeavor was immortalized in the 2014 movie The Imitation Game. The device that Turing built, the bombe device, was able to decode messages from the Enigma and likely cut 2 to 4 years off of the war.

His Suicide is Debatable

Alan Turing died on June 8, 1954 from an apparent suicide after eating an apple believed to have been laced with cyanide. The apple was never tested for cyanide, leading to many, even Alan's mother, insisting that the poisoning was accidental. Suicide was indicated as likely given the persecution Turing suffered from being openly gay, but no one around him expected him to commit suicide.

Being gay at this time was looked down upon by the government, and homosexual acts were illegal in the UK. After admitting to a sexual relationship with Arnold Murray, he was charged with gross indecency by the British government. He was given the choice of imprisonment or chemical castration, choosing castration in order to continue his work. He took feminine hormones for a year, which rendered him impotent and gave him gynecomastia, or enlarged breasts in men. British Prime Minister Gordon Brown later issued an apology on the persecution Turing suffered from the government at the time.

He was Smarter than Technology

Alan Turing's discoveries were some of the biggest technological advancements of the time, but often the current technology couldn't keep up with his brain. In 1948, he wrote the first chess programs for computers, but no computer had the power to run them, so he ran the algorithms by hand.

The Conversation
5 days ago