The subway line is long overdue for residents looking to commute to work forced to deal with grossly overcrowded public transit.

In an impressive display of international civil engineering, the governments of Singapore and Malaysia will collaborate on a cross-border metro project. It's formally dubbed the Johor Bahru-Singapore Rapid Transit System Link (RTS Link) and is expected to run from Bukhit Chagar to Johor Bahru.

The expansive project will stretch across the Straits of Johor with a 25-meter-high (82-foot-high) bridge. The route would then dip underground in order to reach its final station in the Woodlands North station in Singapore. Each station will include a customs, immigration and quarantine facility, and passengers will have to clear border controls in either country when they exit the train.

Both countries have agreed to find their own infrastructure companies in order to build, fund, maintain, and ultimately repair the structure and the stations within each respective territory. According to the Metro Report, Malaysia tapped Prasarana as its company and Singapore will be using the Land Transport Authority. 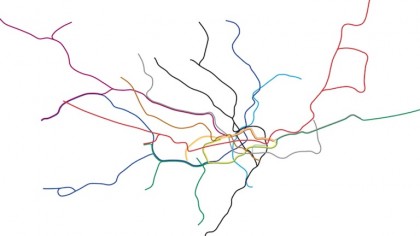 The one bit of gray area not addressed by news coverage or reports about the project is exactly who will "own" the bridge. However, given the joint responsibilities in building, one can assume that both governments will own the bridge in equal parts.

The line is being built to handle extensive traffic between the two regions. Singapore residents typically visit Johor Bahru to shop, dine, and for entertainment. Johor Bahru residents normally travel to Singapore for business or a daily commute to work. Currently, only shuttle trains connect the two cities wiht a rate of 300 passengers per hour per direction. The new train system looks to significantly build upon that with an impressive 10,000 passengers per hour in each direction.

Singapore's Prime Minister Lee Hsien Loong was incredibly hopeful with regard to the 2024 deadline. He spoke in more detail about the project to local media outlets shortly after the announcement:

"It is an ambitious project, it is quite complicated because it has to start above ground, cross the water, go underground, and then there is a [border control] underground that must connect, then the people can come out and go onto the Singapore MRT trains. But we hope we will get it up by 2024, and I do not see any reason why that should not be possible. Like all projects which involve more than one country and expand more than one term of government, it requires long-term commitment. The commitment is formalised and the agreement which we signed between the two governments today, is a binding agreement, and whoever is the government on either side, well this is an agreement which they inherit and which they are party to."

NASA and SpaceX Will Soon Send Humans Into Space

How Machine Learning and AI Will Impact Engineering