Don't forget the fabric softener and an extra dash of paprika! An Israeli design student Iftach Gazit's new concept combines cooking and cleaning your clothes. Gazit might be revolutionizing the culinary game with his washing machine cooking while also reducing his energy usage. 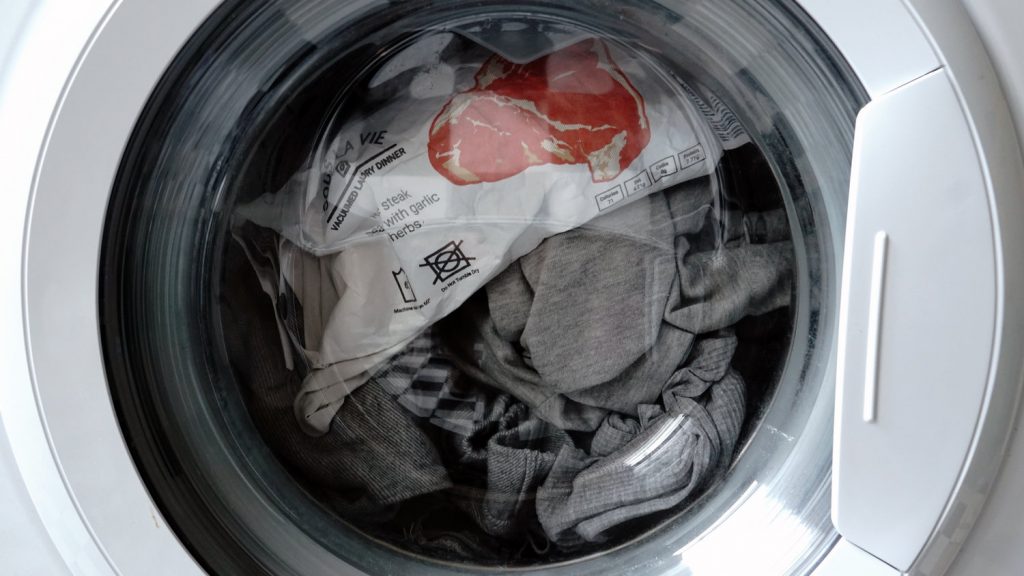 Gazit created steam-bag meals you simply toss in with your laundry. The dinners range from prepackaged foods like steak and herbs to fresh salmon. The waterproof Tyvek bags even come with clothing labels.

The designer said he found inspiration from the sous-vide method of cooking. Sous-vide uses vacuum-sealed pouches in order to control cooking in a water bath or steamer. 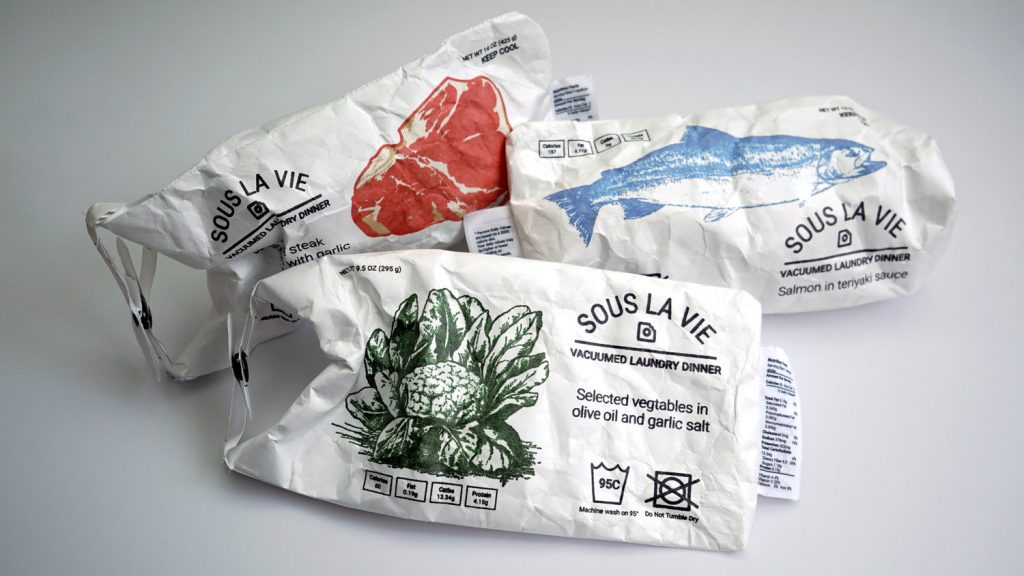 "But rather than cooking a piece of meat at 58C for two and a half hours, you could just set your washing machine to ‘synthetics’ for a long cycle," he said in an interview with the Guardian. "For vegetables, you could set it to a short hot ‘cotton’ program."

More importantly, however, is that Gazit's innovation stems from a routine most people wouldn't consider. He spent time studying the daily habits of homeless people in New York City. Gazit said he noticed how important laundry services were and how vital launderettes became to the community. The 31-year-old designer decided to utilize the laundromat as a 'free' way of cooking as well. He noted that food shows more than just a taste preference:

"The food we eat, and the way we eat it, reflects on our taste but much more on our economic abilities and culture. Our meals provide an example of the social aspects of our lives. In this case we will witness the rise (and fall) of the middle class as it can be seen through the home cooked meal. "

He also wrote about the concept of TV dinners and how they've evolved to become a middle-class staple in the United States. TV dinners imply the people eating them have 1) a TV in front of which to eat those dinners and 2) a shortage of time due to a job or other constraints. 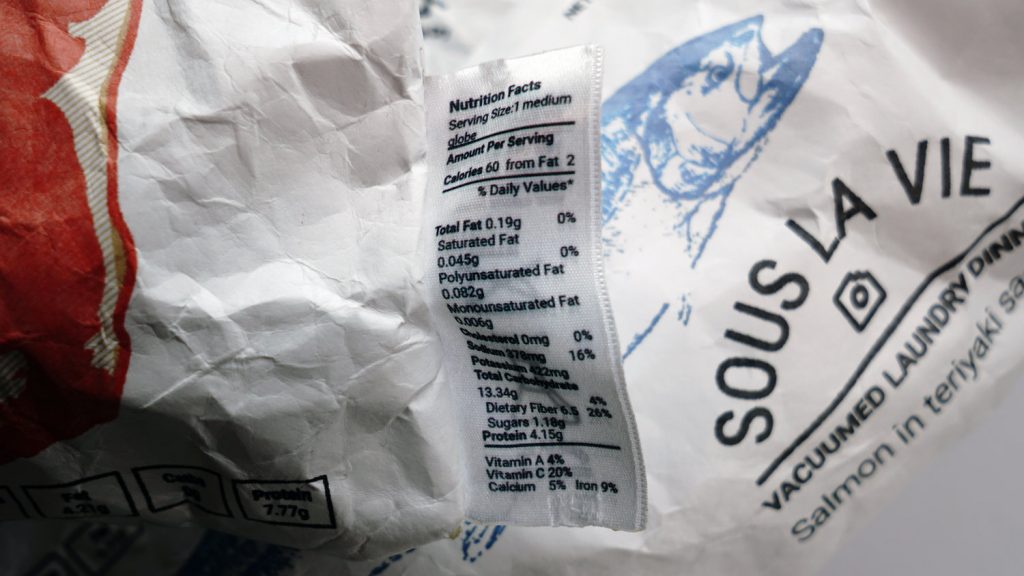 "What is the next step for the TV dinner when you don’t have a house?" he said.

Gazit isn't the only creative mind to machine wash our meals. Italian writer and foodie Lisa Casali created an entire cookbook about it in 2012 called Cucinare in Lavastoviglie ("Cooking in the Dishwasher").

Unlike Gazit's method, Casali's recipes are perfect for foods that can be cooked a little longer and at lower temperatures. Casali's cookbook is only in Italian. However, she created several how-to videos that can be found on YouTube with English subtitles.

"After some experiments, I found that it wasn't just a different way to cook — it was a really particular technique," she said. "Something I was looking for years: the way to cook at low temperature at home."

Casali also opted out of using the same vacuum-sealed bags that Gazit designed. She puts her food in sealed jars, probably because a washing machine offers a bit more padding than a dishwasher.

Regardless of the method, it's impressive to see this old wives' hack become a functional reality.

SEE ALSO: GoSun Grill is a Solar Oven that can Cook Even at Night