You have probably seen some of Colin Furze's videos before, whether it was a thermite launching cannon or his very own hoverbike, this plumber turned inventor has taken Youtube by storm. As his channel has grown, he has done celebrations for every one million subscribers he has gotten. Now, for hitting the 3 million subscriber mark, he built a giant death star made from thousands of fireworks. 58 individual boxes of fireworks were strapped and rigged to a metal dome, with successive fuzes tied together. The result was a gigantic ball of fireworks and fire that we're sure could've been seen from space. Check it out below.

This is quite the celebratory action, but it is all in line with what Colin Furze is all about – crazy machines and gadgets. The crew attached the giant death star to a hydraulic forklift and raised it high above a baron runway to make sure no one was hurt and nothing caught fire. Epic Fireworks supplied Furze with everything he needed, and it wasn't cheap either. Each box cost around US$150, which means the total of 58 boxes ended up costing someone around US$9,000. Although, when you really think about it, 9 grand isn't all that much to pay for your very own giant ball of fire. 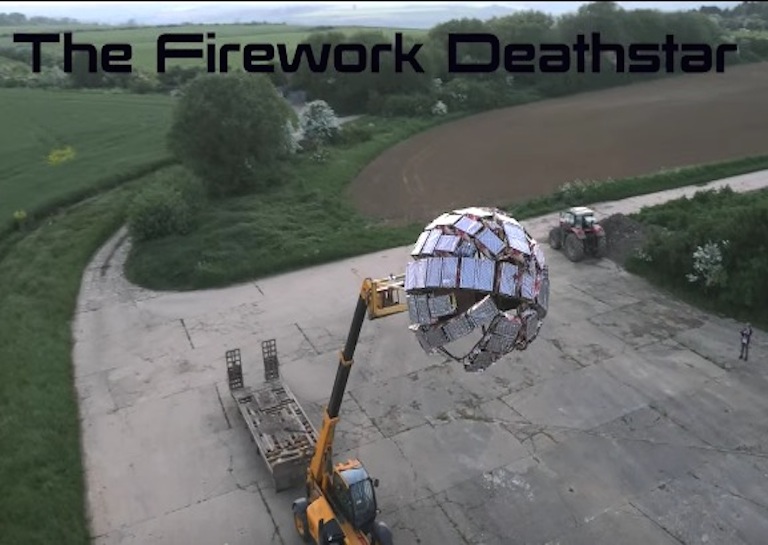 There is sure to be more out of Colin, and as he starts getting closer to the 4 million mark, his only choice will be to outdo this 3 million subscriber giant fireball.