One UK inventor has developed a way to turn dog poo into methane gas used to illuminate streetlights. Using poo as a fuel source is being adopted all over the world from Canada to India.

There might be nothing quite as disgusting as accidentally stepping in a fresh dog poop while out for your daily stroll. Dog poop is the menace of many clean streets when lazy owners fail to pick up their pooches' poo properly.

“The gas light captured people’s imagination and shows them dog poop has a value."

Harper became frustrated after seeing plastic bags full of poop tied to fences and foliage in his local area. He applied his engineering training to the problem and created the system that uses 10 bags of poop to power a street light straight for two hours. The idea is simple, dog walkers deposit their puppies' droppings into the container and turn a handle. The poo is then transformed into methane via a process of anaerobic digestion. “The gas light captured people’s imagination and shows them dog poop has a value,” says Harper. “As a result, we get it [poo] off the ground, into a receptacle, and producing something useful.” Harper isn’t the first person to see the potential of poop. Park Spark project in Massachusetts (US) also uses dog poop to power park lamps.

The power of poo has been used for centuries

Humans have been using excrement as fuel for thousands of years. Despite its relatively low energy value, poo can be a useful fuel under the right conditions. Particularly as an education tool to shed light on ways waste can be useful.

Politicians in Canada are considering a scheme that would encourage dog owners to place their pooches' poop into special concrete receptacles. The contents of which would be composted along with other forms of organic waste to produce methane and then electricity. The fertilizer by-product would be sold to local farmers. 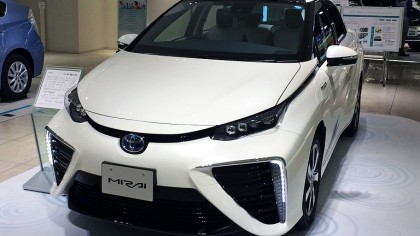 If developed further, the scheme has the potential to generate enough electricity to power about 13 standard homes. Not a lot in terms of power but a benefit nonetheless alongside its other goals which is to remove the high containment dog poop from public space. “Collecting dog waste separately prevents it contaminating our recycling streams, allowing us to divert both away from our landfill sites,” says Jeff Silcox-Childs, Waterloo’s director of environment and parks.

India is an early adopter of poo power. Small household biodigesters that extract gas from cow manure is common in rural areas. This idea is being opened to a larger scale to include human waste as part of a major project that hopes to end open defecation in the country by 2019. The Social Enterprise group Sanitation and Health Rights in India (SHRI) builds toilet blocks for free inside communities. The collected sewage from the toilets is composted in a biodigester to produce methane. The methane then powers a groundwater pump, the collected water is filtered and made available to the community at a minimal cost that covers some of the initial investment of the toilet blocks. Next time you go to poo think of the potential your poop is carrying.

Via: IFL Science, The Guardian