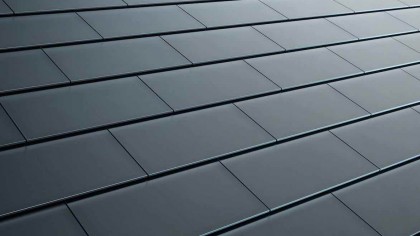 Despite a 32% decrease in investment from 2017, China still topped the investment charts spending $100.1 billion from a country perspective. The United States was up 12% on their 2017 figures, spending $64.2 billion. Interestingly where the money is being spent has changed.

Wind investment rose 3% to $128.6 billion while solar dropped by 24% to $130.8 billion. Though at the same time 2018 produced photovoltaic capacity records breaking the 100GW barrier for the first time.

The drop in solar doesn’t necessarily mean there is less solar, but the capital costs of investment are sharply declining. Bloomberg New Energy Finance benchmark for the cost of installing a megawatt of photovoltaic capacity fell 12% in 2018. Manufacturers drastically lowered costs of PV modules on the world market to manage the glut and demand.

Jenny Chase, head of solar analysis at BNEF, said “2018 was certainly a difficult year for many solar manufacturers, and for developers in China. However, we estimate that global PV installations increased from 99GW in 2017 to approximately 109GW in 2018, as other countries took advantage of the technology’s fiercely improved competitiveness.”

China’s aggressiveness has helped lower the cost of initial solar investment making it more affordable for smaller players to invest too. Jon Moore, chief executive of BNEF, commented: “Once again, the actions of China are playing a major role in the dynamics of the energy transition, helping to drive down solar costs, grow the offshore wind and EV markets and lift venture capital and private equity investment.”

Google is just one major company to use investments in clean energy as a branding and marketing exercise. The tech giant announced this week plans to build two new, energy-efficient data center campuses in the Southeastern US—one in Tennessee and another in northern Alabama. They also released plans to put more carbon-free energy back on the grid than will power their servers in the region.

Google has said it also has plans to purchase the output of several new solar farms as part of a deal with the Tennessee Valley Authority (TVA), totaling 413 megawatts of power from 1.6 million solar panels. The investments are part of Googles plan to source carbon-free electricity around the clock for each of their data centers. The new data centers in the Southeastern US will provide a big boost towards the company's long-term objective.

Google says their goals help many

Google was quick to point out that the investment doesn’t just help them though, but will also provide big economic benefits to the local area. They say that TVA’s developer partners will hire hundreds of workers in the region, negotiate long-term lease deals with property owners, and create millions of dollars in economic activity for the broader community.