Apple has unveiled some of their latest techs this first half of the year since their WWDC2017 a few weeks ago, including ARkit, the HomePod, and the most powerful Mac in the world. However, there is still half a year left for Apple to surprise the market even more. And these latest predictions regarding the new iPhone 8 and updates on iPhone 7 and iPhone 7s Plus will definitely leave die-hard Apple fans at the edge of their seats. 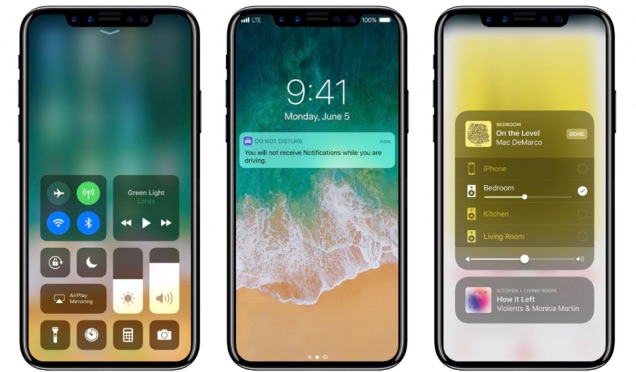 What can we expect from the new iPhone 8?

An analyst from KGI Securities, Ming-Chi Kuo, posted out his latest predictions on what everyone can expect from the new iPhone 8 that Apple will release in September 2017. Kuo suggested that in order for iPhone 8 to keep its "boutique" look, it will only be available in limited casing colors compared to the previous iPhone LCD models.

First and foremost, the latest iPhone model will adopt an OLED full-screen design. That means the device wouldn't have the physical home button everyone is familiar with. By striking out the tangible home button, the fingerprint recognition feature has also been eliminated from the equation. Instead, the other familiar virtual home button will take over. To set Apple out from the rest of the currently available smartphones around the world, the iPhone 8 will have the highest screen-to-body ratio.

Kuo and KGI think that the home button is unable to support fingerprint recognition, completely vanishing the feature from the iPhone 8.

The analyst explained that the OLED screen requires more advanced technology and that its overlayered panel module results into a weakened scan-through ability.

Without the fingerprint recognition feature, iPhone 8 will not disappoint as it's predicted to support a 3D sensing feature. Apart from its obvious security benefit, for facial recognition, Kuo said that this technology will "improve selfie quality". Those are probably the buzz words millennials are waiting for.

iPhone 8's receiver and speaker will have a more consistent output power aimed to create a stereo with more balanced effects.

iPhone 7 and iPhone 7s Plus updates

It's not just the OLED iPhone everyone can expect, updates on iPhone 7 and iPhone 7s were also predicted by Kuo. Apple will release the LCD iPhones in 4.7 inches and 5.5 inches where the latter will come with DRAM capacity of 3GB for the dual camera requirements. On the other hand, the former is designed to use 2GB DRAM for a single camera. The three OLED and LCD iPhones will be rolled out with 64GB and 256GB storage options.

One of Kuo and KGI's most important predictions is the release date of the new OLED iPhone 8. "For optimized promotional effect, we think Apple may unveil the three models simultaneously in September, though the launch date of the OLED version may trail that of LCD models, and supply tightness may not improve before 2018".

Finally, because the iPhone 8 will not include an under-display fingerprint recognition, Kuo believes there won't be any delays in the production ramp-up of the new Apple device.