Is It Possible for You to Be Allergic to Wi-Fi?

Can people actually be allergic to Wi-Fi? Some claim you can and it even has its own official name, Electromagnetic Hypersensitivity Syndrome.

Wi-Fi and other free to air electromagnetic waves had long been the subject of suspected detrimental health effects. Some even believe they are in some way allergic to Wi-Fi. Unexplained bouts of headaches, dizziness, and even skin irritation have begun to be blamed on some form of severe discomfort or hypersensitivity to electromagnetic fields. The condition has come to be known as electromagnetic hypersensitivity syndrome, or EHS for short, by the World Health Organization.

One recent case of a 15-year old girl from the UK claims that she committed suicide because of her exposure to Wi-Fi signals. Her family claimed that signals at her school made her feel physically sick as well as suffer from blinding headaches. So bad were these, it is claimed, that she found it hard to concentrate. The case was actually reported on by the Daily Mirror.

Another survey of people who claimed to suffer from EHS described physical symptoms like headaches and fatigue that seemed to appear whenever they were close to EM signals. Like Wi-Fi stations, computer screens or even cellphones. They also claimed that if they insulated themselves or removed themselves from the source their symptoms eased.

"EHS is characterized by a variety of non-specific symptoms, which afflicted individuals attribute to exposure to EMF. The symptoms most commonly experienced include dermatological symptoms (redness, tingling, and burning sensations) as well as neurasthenic and vegetative symptoms (fatigue, tiredness, concentration difficulties, dizziness, nausea, heart palpitation, and digestive disturbances). The collection of symptoms is not part of any recognized syndrome."

They go on to describe it as resembling multiple chemical sensitivities with a range of non-specific symptoms that seem to lack any apparent toxicological or physiological basis.

In an interview with LiveScience, Dr. James Rubin, a Senior Lecturer in Psychology at King's College, London, stated he believes EHS sufferers are indeed ill. He has conducted research into EHS and was also the author of the 2009 Bio Electro Magnetics review. Rubin told them that "[But] the science suggests that it isn't [electromagnetic signaling] that is causing the illness." The WHO does state on their website that EHS sufferers tend to have "a variety of nonspecific symptoms," and they also state that "EHS is not a medical diagnosis."

Are the symptoms real?

"There is no scientific basis to link EHS symptoms to EMF (electromagnetic frequency) exposure," states the WHO on its website.

EHS symptoms tend to vary widely from person to person but are usually rather general in nature. This would seem to indicate a wide variety of actual causes. Headaches, for example, have many causal factors including early symptoms of a cold or not drinking enough water. Other symptoms like dizziness can be caused by flu-like infections or even a lack of sleep.

Some have reported that their EHS symptoms are so severe they should be considered a real disability. Parents of one 12-year old boy recently filed a lawsuit in Massachusetts against their local private school. They claimed that the newly installed "industrial-capacity Wi-Fi" system had led to their son's health problems.

The boy reported the usual general symptoms associated with EHS but also claimed EMF led to nose bleeds and heart palpitations. These symptoms, it was claimed, only showed up during school hours. Evaluations of the Wi-Fi system showed it was well within the safety parameters set by the FCC and the case was dismissed.

Controlled experiments indicate it may be psychosomatic

There have been a variety of studies undertaken over the years. EHS individuals were exposed to EMF signals similar to those that have been linked to their patient's symptoms. As you can imagine the aim of these tests was to formally investigate and link symptoms under laboratory conditions. In the vast majority of cases, the EHS individuals were unable to detect EMF exposure any more accurately than non-EHS sufferers. Any positive results were simply a matter chance.

Experiments often included well controlled, double-blind studies that show that symptoms do not correlate well with EMF exposure. Because of this, it has now been suggested that the observed symptoms might be the results of environmental factors completely unrelated to EMF exposure. 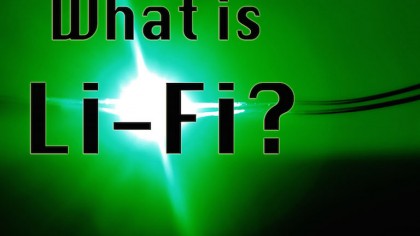 This could include things like fluorescent light flicker, glare from computer monitors and poor ergonomic design of chairs and workstations. Other considerations such as poor indoor air quality, workloads and stress in the work and home environment probably also contribute to the sufferers' declared symptoms. In some cases, pre-existing conditions probably also play a part, not to mention psychological reactions linked to worrying about an unfounded perceived threat such as exposure to EMF.

A review of 46 of these studies was published int the journal Bio Electro Magnetics. Most, if not all, agree with the findings of WHO. On the whole, participants were unable to determine whether EMF signals were present to a statistically significant level.

Is EHS a red-herring or real?

Dr. Rubin's review encompassed studies of the symptoms of more than 1,000 people claiming to suffer from EHS. His formal review concluded that "repeated experiments have been unable to replicate this phenomenon under controlled conditions."

It seems, therefore, that Wi-Fi and other EM signals are not to blame. Those claiming to suffer some form of allergic reaction to Wi-Fi are clearly ill in some way but whether its psychosomatic or caused by other environmental "pollutants" is yet to be determined. It could turn out that allergies are indeed the cause just not to EM radiation.

There is another factor that played a part in the curious case of EHS. Termed the "nocebo effect", it is a specific psychological disorder whereby a person believes EMF can trigger symptoms so much they actually physically appear in the patient. This can occur even when no exposure has occurred.

There is still some way to go to discover whether EHS is real or not but the suffering people feel is definitely real.