Is It Still Worth Becoming An Engineer?

Engineering is one of the most rewarding, if challenging, career choices out there.

Becoming an engineer is one of the most rewarding if stressful, career choices a person can make. Whilst it will be a harsh and long road, most qualified engineers have never looked back.

SEE ALSO: 11 WAYS TO BUILD AN UNSTOPPABLE ENGINEERING CAREER IN 2019

There are very few other careers someone can choose that can match engineering for being both intellectually challenging and rewarding at the same time. It won't be a walk in the park, by no stretch of the imagination, but as Theodore Roosevelt once said: "nothing worth having comes easy."

Is engineering a good career?

Some industries, like mining, construction, and manufacturing, according to the U.S. Bureau of Labor Statistics, are currently enjoying a period of strong growth for engineers. As of 2016, 415,000 positions were added to the healthcare industry alone.

Engineering graduates, unlike many others, can look forward to very good career prospects following completion of their undergraduate studies.

But completing your studies is only the first hurdle. Engineering careers are some of the toughest, most stressful, yet rewarding ways to make a living out there. 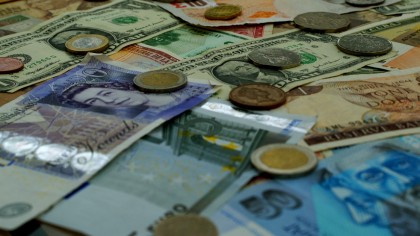 Countries Where Engineers Make The Most Money

Engineering-related careers will challenge you intellectually and help develop a sense of purpose. Many feel they are actually making a real difference to the world around them.

The importance of this cannot be understated. There is a growing trend of misemployment the world over, and engineering is one area unlikely to be affected by this in the future.

Other surveys, like this one by MachineDesign, report that the average engineer tends to work 41 to 45 hours a week. They also tend to bring in around $101,860 a year, on average.

But you can make considerably more than this.

Whilst many older engineers will have some, well many, complaints about their chosen job, the vast majority have never regretted their decision.

Many will attest to how rewarding engineering is. One responder from DesignMachine's survey reported that:

"We live in a rapidly changing world of engineering and design. Everything that we see, touch, use has had some form of contact with some engineering career. With this ever-changing world around us, there is an unlimited chance for growth and development and salary increases within our different engineering careers as long as you stay current within your areas of expertise.”

From the same survey by MachineDesign linked above, 87% of responders said they were either satisfied (35%), very satisfied (34%) or extremely satisfied (18%) with their job.

Of course, like any career choice you can make, there are also some downsides. Many who report they have quit from engineering tend to cite the same issues: Problems with employers, long commutes, unsocial working hours and lack of advancement key amongst them.

Is engineering a good career for the future?

According to sites like typeofengineering.com, the future job market for engineers is looking pretty healthy. This website compiles data from the U.S. Department of Labor Bureau of Labor Statistics from self-reported stats from various sources.

These include Universities, Forbes Magazine, US News & World Report, and reputable Engineering associations, such as the National Society of Professional Engineers and the American Society of Mechanical Engineers, to name but a few.

According to their statistics, the top 5 earning engineering jobs (with the exception of Airline Pilots and Flight Engineers) can look forward to some decent incomes and good future growth prospects.

But, like anything, the future is yet unwritten. These are just projections and cannot take into account future impacts on said industries.

Other areas of engineering, like software engineering, are currently under-supplied with labor. It is also one of the quickest growing engineering disciplines around.

So it appears that choosing a to pursue a career in engineering is a sage one. If you are up to the task, steel yourself for a rough, yet incredibly rewarding, career.

NASA Finds Rare Metal Asteroid and It's Worth $10,000 Quadrillion

What Is the Doppler Effect and How Is It Used in Real Life?

Top 9 Reasons to Become an Engineer