Offices can be noisy and distracting. This helmet design looks to cancel noise and give you a distraction-free work environment.

Offices can be noisy, especially if you work in one of those trendy open-concept environments. Sometimes you can go through a roster of productivity habits -- meditation, isolation, setting a timer -- and still get sidetracked. One company from Ukraine developed a helmet that will certainly help even the most distracted workers.

Design company Hochu Rayu invented the Helmfon, your own compact isolation chamber. The helmet itself looks eerily similar to Marvin the Paranoid Robot in Douglas Adams's Hitchhikers Guide to the Galaxy. However, it's more than a noise-canceling tool. It comes equipped with a microphone, Bluetooth capabilities, and a camera for virtual meetings. It even has room for your smartphone. 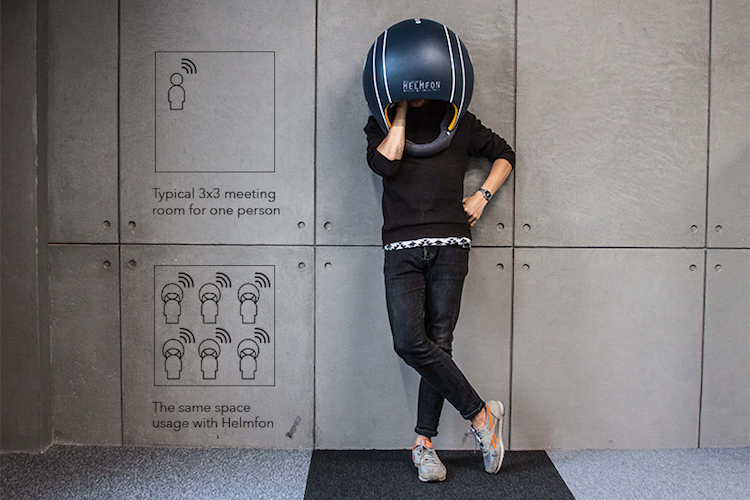 The most potentially dangerous part of the Helmfon? It can play movies and videos or other personal VR uses. Because of its soundproof nature, no one will tell the difference between a user making a Skype appointment or catching up on the latest Game of Thrones episode. While distractions outside of the helmet will be diminished, distractions inside the helmet could be just as prevalent. 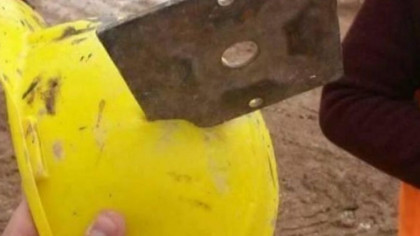 These 8 Scary Post-Accident Photos Prove That Helmets Save Lives

The company noted it would "allow you to be in two worlds just sitting on your chair in the office, in a meeting or everywhere you feel like just wearing your helmet." The name itself comes from combining "helmet" and "phone" -- the perfect mix between the two key design features. The fiberglass shell keeps the polyethylene cloth interior safe. The nitro paint is an added bonus.

The company created Helmfon as a project for a local company. In September 2016, Limelight Networks approached Hochu Rayu needing more meeting rooms in an already small office. According to Hochu Rayu, these effective meeting spaces would be 3 m x 3 m areas for Skype calls per one employee. 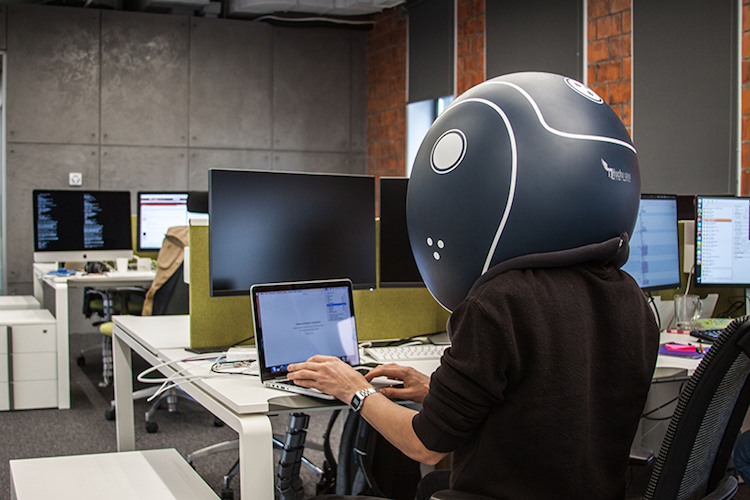 "We did the interior design for that company a half year before, so we know how much space was taken by this type of meeting rooms and didn't want to fill the space in this useless way anymore," the company noted on its website.

"[The Company] decided to look further into this problem, suggesting a new way to organize the office space and started working on creating the tool, which will allow a person to make Skype calls just sitting in his/her space without disturbing colleagues... We aimed to create a thing which would help concentrate on working processes and use office time efficiently."

It also saves a company time and hassle in organizing a meeting room. Helmfon gives multiple employees the ability to branch out with various calls rather than all committing to one meeting room with one client.

The helmet went through testing at Ukraine's largest IT event called the IT Arena. Hochu Rayu executives noted in a press release that several companies approached them to get the helmets in their own offices. Several investors are also testing the helmets as part of virtual meeting spaces. 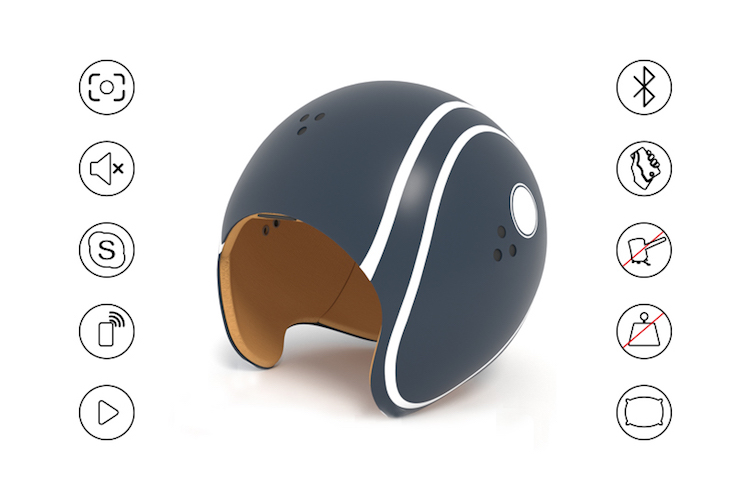 Would you invest in one of these helmets? What gadgets do you use to cancel noise and focus? Leave your answers and suggestions in the comments section below!