The RoBattle is a rugged vehicle designed to be implemented in modern combat environments, able to operate as an independent unit  or in support of manned missions. Using high-tech military systems, the robot can perform reconnaissance missions, perform ambush and attacks, or work as a decoy as other operational units move in.

The robot contains advanced military-standard LTE network (Tac4G) enabling communications and making the controls accurate and highly responsive. It contains infrared, thermal, and other sensors enabling it to perform missions at night or with low visibility. The bot weighs around seven tons fully loaded with 3 tons available for cargo. The articulated vehicle operates as a 6x6 unit that can also utilize tracks to improve on mobility across a larger variety of terrain.

Weighing just 50 kgs, the pitbull houses the gun and sensor units to provide more visibility in poor conditions. Imaging sensors, radars, and counter-IED are also contained withing the vehicle, ensured with large amounts of structural redundancy that provides a lot of protection to sensitive areas. The vehicle can be controlled or operate autonomously after being configured to carry out a task.

Other defense and offensive payloads can be equipped including manipulator arms, intelligence equipment, Surveillance and Reconnaissance (ISR) sensors and radars, as well as remotely controlled weapons systems.

However, it is likely the robot and military will fall under heavy scrutiny as the morality question persists as to where it is okay or not for a robot to execute a lethal attack. Despite many attempts to ensure robots are not dealt a killing hand or large roles in militarizes, it is becoming evident more and more security systems are being integrated with robotics to replace positions where humans once stood. 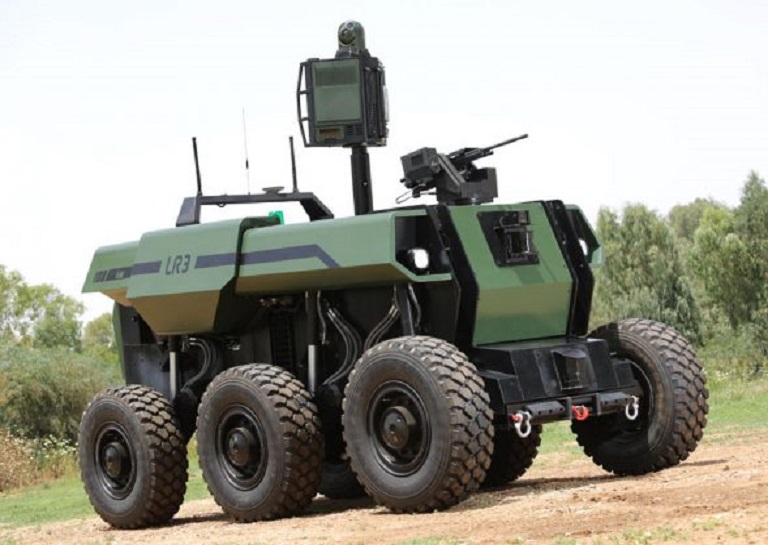