Israel will launch its first ever lunar mission on Thursday.

Israel’s nonprofit SpaceIL and Israel Aerospace Industries (IAI) will launch the world's first privately funded lunar mission. The lunar lander “Beresheet” (“In the Beginning”) will start its mission aboard a SpaceX Falcon 9 set to launch on Feb. 21 at approximately 8:45 p.m. EST.

SEE ALSO: ALMOST 50 YEARS SINCE THE MOON LANDING: WHY DID WE STOP TRAVELING TO THE MOON?

If Beresheet completes its lunar mission, Israel will join China, Russia, and the United States as a nation that has landed a spacecraft on the moon. The Israeli funded spacecraft will disengage with the SpaceX Falcon 9 thirty minutes after liftoff.

Once free it will start its two-month journey towards the moon communicating with its ground staff in Yehud, Israel. The launch will be live broadcast both via the SpaceX Facebook as well as with views from inside the SpaceIL control room on the private company’s page.

"We are entering history and are proud to belong to a group that has dreamed and fulfilled the vision shared by many countries in the world but that so far only three of them have accomplished," SpaceIL president Morris Kahn said. The SpaceIL project began in 2011 as part of theGoogle Lunar X Prize.

Projects aim to inspire the next generation

Thirty-two teams were competing for a generous prize pool sponsored by the tech giant. SpaceIL made it to the top five in the competition before Google pulled sponsorship in 2018.

After the competition ended funding for the project was taken up by businessman Morris Kahn, who has invested about 40 million USD into the project. Kahn is currently serving as SpaceIL’s president.

SpaceIL is working with NASA on the mission, which is contributing a laser retroreflector array that will work to precisely locate the spacecraft on the lunar surface after landing. NASA’s Deep Space Network (DSN) is being made available to Israel for communication.

Just like China’s recent lunar mission, NASA’s Lunar Reconnaissance Orbiter will take scientific measurements and images of the lander as it makes its descent towards the moon's surface.

IAI Ltd. is Israel’s largest aerospace and defense company. The company has been developing space and defense technology since 1953. Aside from getting a lander on the moon, SpaceIL says they are committed to inspiring the next generation of Israelis towards science, math, and technology. 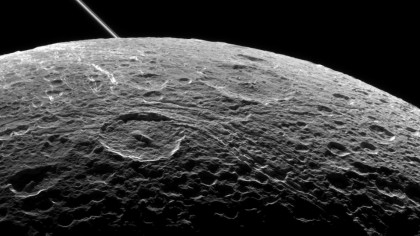 “SpaceIL strives to serve as a source of inspiration for the future generation and to change the discourse in Israel in order to attract youths and encourage them to choose science, engineering, and entrepreneurship, and to recognize the exceptional and exciting opportunities achievable through STEM education. To this end, SpaceIL has developed educational programs for various age groups, which operate on several levels: exposure, leverage, and in-depth processes. We aim to expose our programs to a broad and diverse audience; we collaborate with strategic partners in the various sectors in order to leverage the capabilities of all of those taking part, and to develop programs that provide students with the opportunity to experience in-depth processes that stimulate complex thinking, generate interest and arouse curiosity.” the group says on their website.