The Beresheet lunar lander, operated by the Israeli non-profit SpaceIL, crashed into the surface of the moon this afternoon while attempting to land.

Tragedy struck the Beresheet moon lander this afternoon after a main engine failure appears to have occurred, causing the lander to crash into the surface of the moon during its descent.

Beresheet Crashes Into the Moon

The $100 million dollar Beresheet lunar lander, operated by SpaceIL, crashed into the surface of the moon this afternoon after a main engine failure occurred during its descent over Mare Serenitatis, on the north hemisphere of the moon.

About 30 minutes after the start of SpaceIL's livestream, Beresheet began it's landing procedure 25 km above the surface, the lander descended at a rate of about 24 m/s and everything seemed to be going according to plan.

The mood in the control room grew increasingly tense and quiet as SpaceIL engineers could do little more than watch as Beresheet plummeted to the surface. After about another minute, Beresheet sent its last telemetry data back to Earth, 149 m above the ground and traveling at a speed of 134.3 m/s as it smashed into the surface of the moon. 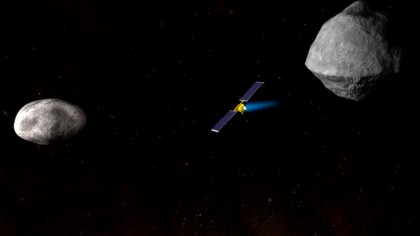 “We had a failure in the spacecraft,” said a SpaceIL representative. “We unfortunately have not managed to land successfully. We are the seventh country to orbit the moon and the fourth to reach the moon's surface, and it's a tremendous achievement up until now.”

American Casino Mogul Sheldon Adelson, who had contributed several million dollars towards the project was on hand for the event and after the crash said, “Well we didn't make it but we definitely tried and I think that the achievement of getting to where we got is really tremendous. I think we can be proud.”

“You win some, you lose some,” he told Israel's Prime Minister Benjamin Netanyahu, who was also on hand for the event.

“If at first you don't succeed, you try again,” Netanyahu said.