The crew of the International Space Station have watched the latest film in the Star Wars franchise.

Many families escape the mess of the post-Christmas house to head to the cinema. This year’s big blockbuster is, of course, the latest Star War film which is already breaking records at the box office. 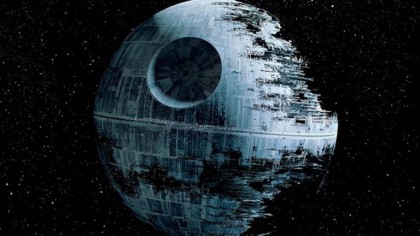 The hard-working astronauts aboard the International Space Station  (ISS) didn’t miss out either. Tweets from the crew aboard the spacecraft reveal they enjoyed a movie night last weekend, watching the latest film in the Star Wars franchise. Although the astronauts didn’t identify the exact film they were enjoying, Sci-fi and space fans were quick to point out that, a close inspection of the posted picture shows the image on the projected screen looks to show X-wing pilot Poe Dameron, played by Oscar Isaac. Isaac did play the same role in the last film The Force Awakens, but online commenters are convinced the astronauts were watching Star Wars Episode VIII: The Last Jedi.

Astronauts strap themselves in for the ride

The pic was posted by NASA astronaut Mar. T. Vande Hei. The caption says “Space Station movie night, complete with “bungee cord chairs”, drink bags, and a science fiction flick!” To fully enjoy the film, astronauts strap themselves to their seats using bungee cords. NASA had confirmed they would send the film to the crew earlier this month. In a statement from NASA spokesperson Dan Huot, the space institute said NASA Public Affairs Officer Dan Huot explained saying: "[I] can confirm the crew will be able to watch it on orbit. Don't have a definitive timeline yet. They typically get movies as digital files and can play them back on a laptop or a standard projector that is currently aboard."

Films and literature are an important part of life in space

NASA has a long history of sending the latest sci-fi films to the ISS crew. In 2009, when the new highly anticipated Star Trek film was released, Astronaut Michael Barratt couldn’t hide his excitement being quoted at the time saying: "I remember watching the original 'Star Trek' series and, like many of my NASA coworkers, was inspired by the idea of people from all nations coming together to explore space. ,'Star Trek' blended adventure, discovery, intelligence and story telling that assumes a positive future for humanity. The International Space Station is a real step in that direction, with many nations sharing in an adventure the world can be proud of." Unfortunately for the crew their cinema set up wasn't quite as sophisticated as what is available today.

The crew aboard the ISS have access to a range of films onboard. Film nights are an important part of the crew's rest and relaxation as well as a way for the international crew to show off their own countries' culture to each other. Many astronauts aboard the ISS tweet their daily activities to their fans down on earth. Long-serving astronaut Scott Kelly often tweeted about the crew's film nights during his year aboard the space station. As well as films, the crew of the ISS is able to access new release music and tv shows via uplink. Other common downtime activities include reading and playing board games or cards with their fellow crew members.

Watched @MartianMovie on @Space_Station last night! Today working towards our #JourneyToMars during my #YearInSpace! pic.twitter.com/rIEBjFxRIr