Three astronauts have returned home after their extended mission in space, completing hundreds of experiments.

At around 12:02 a.m.EST on Thursday, December 20th, three members from the International Space Station returned home safely after the team’s long 197-day mission.

The mission included a host of experiments in a wide range of sciences in space’s very unique and harsh environment.

As mentioned above, there were hundreds of different experiments that were conducted during the mission. These experiments included progress in biology, biotechnology, physical science, and even earth science. 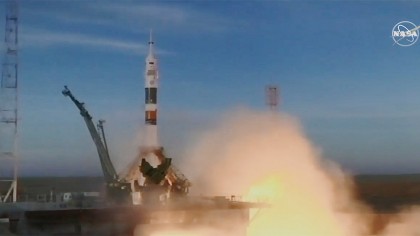 Nevertheless, some of the most interesting experiments conducted during the mission include new potential treatment methods for cancer as well as the further investigation of algae growth in space.

The team also had the opportunity to test out the new Life Science Glovebox.

As stated by NASA, this research area “is a sealed work area that accommodates life science and technology investigations in a “workbench” type environment. Due to its larger size design, two crew members can work in the LSG simultaneously.”

Welcome home! @AstroSerena, @Astro_Alex, and Sergey Prokopyev are back on Earth after a 197-day mission aboard the @Space_Station, landing at 12:02am EST in Kazakhstan. Check out the first photos from landing ? https://t.co/HPRs08iCmn pic.twitter.com/Ov5cAkS8Vv

Some other major milestones of the trip include Alexander Gerst’s ESA record breaking 362 days in orbit before finally coming home, while this is the first flight for Auñón-Chancellor and Prokopyev.

To this date, more than 230 people from 18 countries have visited the International Space Station, completing well over 2,400 research projects from over 103 different countries.

The ISS is and will continue to be a home away from home for those looking to brave the great beyond of space.

Be sure to keep up with the latest space news here on Interesting Engineering.