It Turns Out That Staying Thin is Also a Matter of DNA, Finds New Study

Give your treadmills a break and stop pressuring yourselves so much. The largest study of its kind to date finds that weight is also related to DNA.

Let's face it. Whether we acknowledge it or not our societies are filled with the pressure to stay in shape and in particular to stay thin. And many times a certain judgment is passed on those who do not achieve this heavy goal.

And although society has seen a rise in body positivity, hang-ups about weight still haunt many of us. Now, a study has come along to suggest we might actually have less control than we thought on our body masses.

In the largest study of its kind to date, Cambridge researchers explored weight gain tendencies. What they found was that thin people were genetically predisposed to be thin much more than those at the obese end of the spectrum. 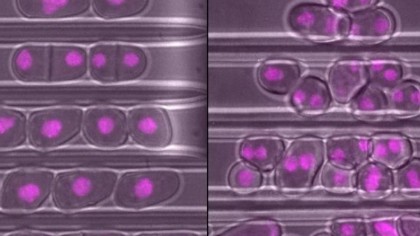 “This research shows for the first time that healthy thin people are generally thin because they have a lower burden of genes that increase a person’s chances of being overweight and not because they are morally superior, as some people like to suggest,” said the project's lead Professor Sadaf Farooqi at the Wellcome-MRC Institute of Metabolic Science, University of Cambridge.

So it may be time to stop blaming such things as a tendency to have high-calorie diets and sedentary lifestyles. Because although these things may have contributed to the rise in obesity in recent years, there are many people who eat what they like and remain thin.

Farooqi’s team compared the DNA of some 14,000 people and what they discovered what that our genes provide the code for how our body functions and changes. The team discovered several common genetic variants already identified as playing a role in obesity but, more importantly, they found new genetic regions related to severe obesity and thinness.

From the research, they were able to establish a genetic risk score that was a good indicator of weight levels in people and found that thin people obviously had a significantly lower score.

“It’s easy to rush to judgment and criticize people for their weight, but the science shows that things are far more complex. We have far less control over our weight than we might wish to think.”

Now, the team is hoping to use the research to help people on their weight-related goals.

“We already know that people can be thin for different reasons,” said Farooqi. “Some people are just not that interested in food whereas others can eat what they like, but never put on weight. If we can find the genes that prevent them from putting on weight, we may be able to target those genes to find new weight loss strategies and help people who do not have this advantage.”