JLR points to a slump in sales in Asia as well as geopolitical uncertainty as the major factors for the losses.

Recent speculation around the potential job cuts from the Jaguar Land Rover car company has been in and out of the new cycle since the beginning of 2019.

Unfortunately, the massive car company recently confirmed that it will be cutting 4,500 jobs with a majority of the losses coming from Jaguar Land Rover’s large 40,000 strong UK workforce.

What caused this? Though the company has performed moderately well in Europe this past year, Jaguar Land Rover points to a series of global and political factors to the recent job cuts.

JLR is also currently facing multiple challenges including a large sales slowdown and a drop in demand for diesel cars.

The controversial Brexit has also caused a lot of uncertainty for JLR and top management at the company is not happy about it.

As hinted at by JLR's chief executive, Ralf Speth in a statement to BBC News, "We are taking decisive action to help deliver long-term growth, in the face of multiple geopolitical and regulatory disruptions as well as technology challenges facing the automotive industry.”

The automotive conglomerate also intends on restructuring and simplifying management, indicating a lot of the job losses will from come office roles. 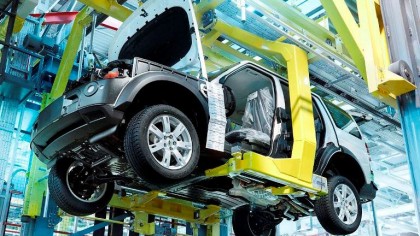 Yet, the losses do follow a larger trend as the company cut 1,500 jobs last year too.

Nevertheless, some still point to Brexit as a major contributing factor to the car company’s financial changes.

"Britain's car workers have been caught in the crosshairs of the government's botched handling of Brexit, mounting economic uncertainty and ministers' demonization of diesel, which along with the threat of a no deal Brexit, is damaging consumer confidence,” says Unite national officer Des Quinn.

The JLR company hopes to combat these losses in the near future, with new investments in technology, including further emphasis on electric vehicles.