A recent clinical trial of an advanced stem cell process has researchers around the globe excited and others feeling cautious about bringing it to market.

Japan's health ministry now allows doctors to use this unique iPS practice and apply it to heart health. The team is led by cardiac surgeon Yoshiki Sawa from Osaka University, and it hopes to potentially save lives by using iPS rather than other techniques.

Sawa and his fellow medical practitioners used iPS to make a sheet of 100 million heart-muscle cells. The initially tested the process on pigs. Those tests showed that the team could graft these sheets of cells onto a heart to improve its function. Each sheet was just 0.1 millimeters thick by 4 centimeters long. In those early tests, however, Sawa noted that the sheets didn't join with the heart tissues. Instead, they triggered regeneration in the damaged muscle. 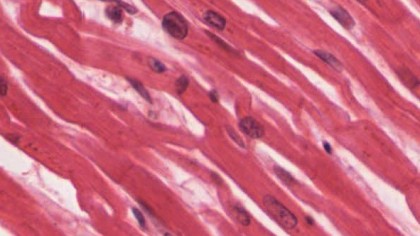 “It will excite worldwide attention, as many groups are working in the same direction,” said Thomas Eschenhagen, a pharmacologist at the University of Hamburg in Germany and chair of the German Centre for Cardiovascular Research.

The trials conducted by Sawa and his colleagues has spanned a 15 year period, and other researchers around the world have considered using iPS in their respective countries. A major advantage to the sheets is that they can maintain structure without a need for scaffolding from foreign materials, unlike other engineered tissues.

“It is a very elegant and clever way to deliver cells,” noted Philippe Menasché, a cardiac surgeon at the Georges Pompidou European Hospital in Paris, who has also experimented with making tissue sheets via iPS.

Three people are set to undergo Sawa's treatment over the next year. Then his team will look to gain approval to conduct a larger clinical trial on 10 patients. Once the team determines the process as safe, the treatment could become a commercial option for Japan's regenerative medicines.

Too Low of a Bar for Sophisticated Technology?

While the research and innovation are revolutionary in what it could do for heart patients, not all doctors are convinced it should happen on a commercial scale. Even if safe cells are found, there are heightened risks with this procedure. There's also the chance that this procedure causes patients to pass on a potentially more helpful therapy, Nature reported.

Kyoto University cardiologist Yoshiki Yui is just one doctor who isn't convinced with the stem cell progress. Yui said researchers still have to prove the treatment is more effective than they currently are, and he noted the study needed more testing on larger numbers of people.

“The biggest problem is there’s no adequate system of evaluation in Japan,” said Yui.

The Japanese health ministry, however, sees differently. In an interview with Nature, a spokesperson for the health ministry said the current approval system works because it still puts a burden on the researchers to show that a treatment works well after it's been approved for commercial usage.