Japan will lead a discussion on the use of AI powered weapons at a UN convention this week.

Japan will call for tougher regulations on ‘killer robots’ during a UN convention this week. Tokyo announced its intention to raise the issue of international rules on lethal weapons equipped with artificial intelligence (AI) earlier this month.

SEE ALSO: AIS CONTINUE TO ACT IN UNPREDICTABLE WAYS, SHOULD WE PANIC?

The island nation is concerned about the possibility that autonomous machines could start wars, cause fatal accidents and have the final decision on who gets to live or die, sources said. The UN Convention on Certain Conventional Weapons (CCW) is scheduled from March 25 to 29 in Geneva.

Japan wants to take a leadership position on the discussion around the introduction of international laws. Weapons with built-in AI have the potential to harm or target autonomously without human control. Some AI weapons have the ability to decide to kill based on their programming.

“Just as gunpowder and nuclear weapons changed the way wars were conducted in the past, artificial intelligence could fundamentally alter the course of future wars,” Foreign Minister Taro Kono said at a Diet session on Jan. 28.

Several countries including Russia, China and America are said to be currently developing “lethal autonomous weapons systems” (LAWS). Many international groups have called for the complete ban on such weapons. Opponents of LAWS say the decision of taking a human life should not be put into the hands of AI.

The use of LAWS would give nations an advantage in combat as they could be deployed without any risk to human troops. Many worries that biased programming would lead to accidental deaths. 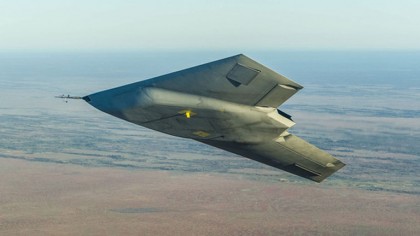 Japan has indicated that it wants participants at the convention to discuss how humans can maintain control over the use of LAWS and what practices can be put in place to limit the potential for armed conflict entirely.

A coalition of Latin American countries has sought to prohibit LAWS, but bigger countries like the United States and Russia say that such a ban is too early in the lifecycle of the technology. Japan itself has no plans to produce LAWS.

“We do not intend to develop any lethal weapon that is completely autonomous and functions without human control,” Prime Minister Shinzo Abe said.

The Japanese government has confirmed that they do have plans to research and develop AI or unmanned equipment to secure safety and reduce the burden of the Self-Defense Forces. It isn’t just the nation states that are concerned about the development of AI weapons.

SpaceX CEO, Elon Musk, has previously expressed his concern for the rapidly developing technology. Musk was part of the group that sent an open letter to the UN last year pleading for them to act now on AI regulation before it was too late.

The open letter that was signed by other big tech and science figures such as Stephen Hawking. The group writes, “Once developed, lethal autonomous weapons will permit armed conflict to be fought at a scale greater than ever, and at timescales faster than humans can comprehend. These can be weapons of terror, weapons that despots and terrorists use against innocent populations, and weapons hacked to behave in undesirable ways. We do not have long to act. Once this Pandora’s box is opened, it will be hard to close.”

Watch This Remote-Controlled Airbus A380 Take the Skies