Japan Plans to Use Quantum Cryptography to Secure Private Communications

The Japanese government have requested money to invest in quantum cryptography which they hope can be in operation by 2027. If achieved, the system which uses satellites and lasers would be virtually unhackable.

The Japanese government has plans to invest in a space-based security system to keep its secrets safe. The system which is considered virtually unhackable uses quantum cryptography communication. Security is on high alert in the region as North Korea continues to make threats of nuclear action against its neighbors and the US. According to local media, the Japanese Government has plans to test the proposed quantum cryptography system in the year 2022 and have the system in full operation by 2027.

China announced it had already successfully tested their own quantum-based security system in June this year. These complex systems apply the properties of quantum mechanics to a communication system. The proposed Japanese system would work when an orbiting satellite receives instructions to deliver a set of keys to both communication sender and receiver. The sender uses this key to encrypt its data and the receiver uses their key to decode the data. These keys are sent via a powerful laser beam of light particles (photons). Each key is only viable for a single use. In addition to this secure key generation, the system can detect any attempts to intercept the communication sending alerts to its administrators and changing the information being sent.

The government has requested ¥300 million from the 2018 budget to kickstart the project by developing a satellite hosted laser capable of the communication. The newly developed laser is set to be tested in 2022 using either satellites or aircraft capable of high-altitude flights. The completed system should be operating by 2027. Japanese newspaper Yomiuri Shimbun reported that the government is looking to team up with private companies to realize its ambitious communications project. Countries all over the world are ramping up their communication security measures as tensions rise over privacy and alliances.

China’s quantum communication system is known as quantum key distribution (QKD). When this system is in use both users are alerted as soon as any tampering is detected. Any tampering or attempted hack immediately changes the information being sent in the network and so the disturbance is immediately recognized and reported. 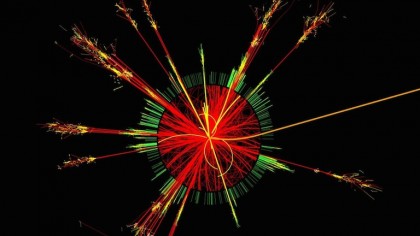 Zhou Fei, Assistant Director of the Jinan Institute of Quantum Technology, says of the network, “We plan to use the network for national defense, finance and other fields, and hope to spread it out as a pilot that if successful, can be used across China and the whole world.” He suggests the system will have a global impact. China is one of the world leaders in quantum technology research and adoption. Quantum physicist Tim Byrnes, spoke to media about the network earlier this year, saying "China has achieved staggering things with quantum research… It's amazing how quickly China has gotten on with quantum research projects that would be too expensive to do elsewhere… quantum communication has been taken up by the commercial sector much more in China compared to other countries, which means it is likely to pull ahead of Europe and US in the field of quantum communication." The Chinese QKD system is ground-based and is currently limited to shorter distances. The Japanese project, in theory, can transmit data several thousand kilometers.