A decision to green light the use of gene editing in human embryos by the government of Japan is raising eyebrows.

There are few issues which seem to draw stronger reactions both within as well outside of the scientific community than gene cloning or genome editing. They seem to stir something inside many of us about a disruption of the basic components which make up who we are. 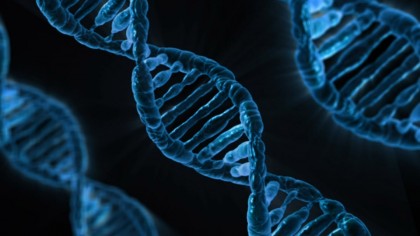 A good case in point is CRISPR genome editing, which at this point of its development and application, has had both successful and concerning results. Bringing the issue into even sharper focus, the choice of whether to permit gene editing in the case of human embryos complicates the picture even more.

Securing the support of most countries can be difficult, if not impossible. Perhaps for this reason, the decision by the Japanese government to allow researchers to move forward with the use of gene-editing tools is quite surprising.

The draft guidelines, which were issued by the government on September 28th, will undergo public review next month, and if all goes as expected, will be implemented in 2019.

Although there remain global challenges for conducting research in this area, a string of successful research outcomes were reported in the last year, one of which included the use of gene editing in addressing heart conditions.

Researchers who conduct studies in this controversial area can find loopholes involving private funding or regulatory.

Opinions remain divided on the topic

The critical eyes of the scientific community grew even more critical after a study was published in 2015 by a group of Chinese scientists who genetically modified human embryos, with the results being seen by many as an indication of the global scientific community's need to apply more caution, and wisdom, in approaching this very ethically fragile area of research.

With the help of the CRISPR/Cas9 system, a total of 86 embryos were injected to edit the HBB gene, with 15 not surviving. In addition, among the remaining 71, genetic testing revealed that splicing was successful for only 28.

Junjiu Huang, study leader and gene-function researcher, acknowledged the team's missteps in terms of the study design, stating: “If you want to do it in normal embryos, you need to be close to 100%,” adding, “That’s why we stopped. We still think it’s too immature."

For some others, however, this was a case of too little, too late. "I believe this is the first report of this gene-modifying technique applied to human pre-implantation embryos and as such the study is a landmark, as well as a cautionary tale," George Daley, a stem-cell biologist at Harvard Medical School in Boston, expressed to Nature about the impact of the study.

"Their study should be a stern warning to any practitioner who thinks the technology is ready for testing to eradicate disease genes."

These views together seem to indicate that increased discussion and more clearly defined research parameters are needed across the board to both quiet the critics and those concerned about the ethical implications, and to ensure that scientists continue to do quality work which contributes to the good of humanity. This is hopefully what the Japanese government has in mind with its latest efforts.

Happy DNA Day: 11 Facts about Genetic Engineering and Why It's Important