Yes you heard that correctly, Japan will soon have an invisible train traveling across the country in one architect's quest to make designs that blend into the environment. The architect behind the project, Kazuyo Sejima, has won many awards, including the coveted Pritzker Prize for design. Her style has been to create structures that reflect nature, literally, incorporating mirrors and transparencies on large scales. The Seibu Group of Japan runs many railway networks through the small country, and they have actually commissioned Sejima to design special edition "invisible" trains for their 100th anniversary. 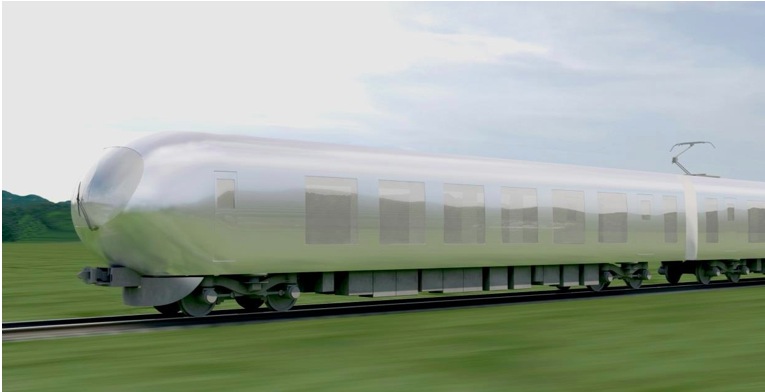 "Invisible" may not mean what you think it means, but when the trains are moving at high speeds they will certainly be hard to spot. Each train will be covered in a reflective surface which mirrors back the surrounding environment and urban areas. While it does not display exactly what would be on the other side, in many environments the effect is good enough to fool the eye into thinking that there is nothing there, according to Quartz.

The trains are set to roll out in 2018, but not that it matters, you won't be able to see them when they do because they're invisible (not really). The architect's main goal in taking on this project was to seamlessly blend the machinery into the countryside, creating a sense of irony and beauty all at the same time.

This is one of those times when architecture and engineering come together to create something really cool. Sometimes, an architect's dream can become an engineer's nightmare, but in this case since the team is using prebuilt trains, engineers don't have to be involved as much in realizing this unique design. While the age of true invisibility is still quite far off, for now we can settle for "invisibility" through smoke and mirrors.