Japanese Company Designs Bra That Opens Only for True Love

While most of us here have “love for engineering”, a Japanese lingerie company has come up with engineering for love. To be more precise, it has come up with a bra that opens only for true love based on the wearer's heart beat over a certain period of time. 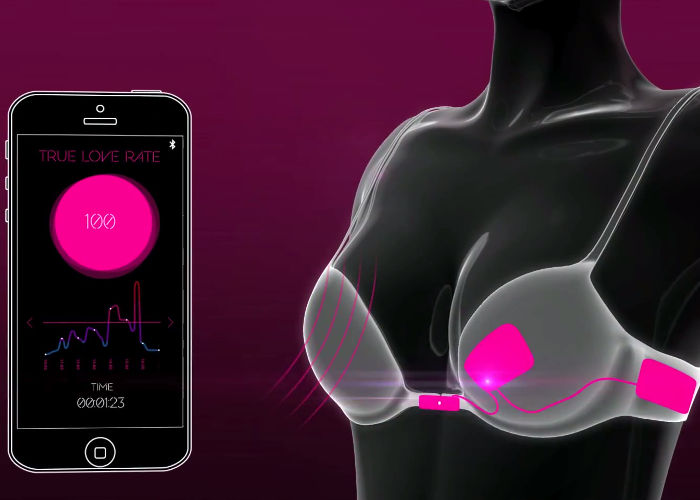 Ravijour, the company in question, claims that women have specific heartbeat patters associated with specific emotions. Hence, heartbeat patterns for jogging and watching horror movies would be different. This much is common knowledge. What Ravijour would like us to believe, however, is that heartbeat patterns for “flirting” and “surprise gift” can be measured as well. By comparing these latter graphs with others, the engineers at Ravijour have come up with a specific graph (or set of graphs) which tells a smartphone app connected wirelessly to the bra when it is “safe” to open the clasp, based on what the sensors inside the bra are telling them.

Hence, the bra automatically opens when the woman is in “true love”, while making it impossible for it to be opened by hook or by crook under any other circumstances. The company claims that this will act as a safety mechanism for women who are often targeted by perverts, while allowing her to acknowledge her feelings for her lover.

That is all very well, but there are two small problems. Firstly, the front-open clasp isn't exactly artistic, and we wonder how comfortable those sensors would be. More importantly, women had better not be in “love” in public, since this futuristic bra flies open in rather explosive style.