Japanese firm wants to tackle the country's obsession with overworking by warning workers with a noisy drone if they stay after hours.

Japan has never been a worker's heaven, long days and unscrupulous loyalty are required to become a success. The rumors of this work culture are backed up by images of sleeping suit-clad men on trains and the terrifying-sounding coffin hotels that provide a place for business people to get some sleep when they don’t have time to make the commute home. But the tide seems to be turning and offices are now trying to re-educate their workers to adopt a better work-life balance. Apparently, workers that are less stressed are more productive and happier - who would've thought? But in typical Japanese style, the methods of making this happen are formed from ordinary.

One company has plans to fly a drone that will play the song Auld Lang Syne above late staying office workers to motivate them to quit their tasks and head home. As well as blasting the tune down on workers, the drone will also record footage of who is staying late.

The drone surveillance system was developed by Taisei and telecom giant NTT. Taisei director Norihiro Kato describes the drone's efficiency, “You can’t really work when you think ‘it’s coming over any time now,” he says. The system will begin its trial run in April 2018 and firms will pay a ¥50,000 ($450 USD) monthly subscription fee to use the service.

The Scottish poem "Auld Lang Syne" wasn’t chosen at random. The folk tale is often used in Japanese malls to signal closing time, so it's expected the workers will have a pavlovian type response to the tune. Though even if they do, some critics of the system say leaving on time just isn't enough. "Even if this robotic harassment gets workers to leave the office, they will take work home with them if they have unfinished assignments,” Scott North, professor of sociology at Osaka University, told media. "To cut overtime hours, it is necessary to reduce workloads, either by reducing the time-wasting tasks and tournament-style competitions for which Japanese workplaces are notorious or by hiring more workers."

Overtime is leading to death from exhaustion 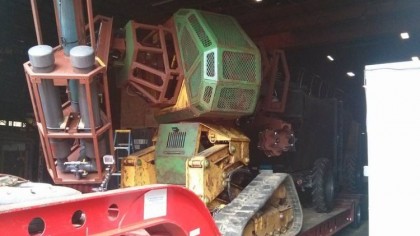 A government report released last year found that one in five Japanese work an average of 49 hours or longer each week. These long hours and intense work, social and family pressure to succeed can lead to a premature death for many of Japan's workforce. These deaths from overwork are so common they even have a special word to describe it: karoshi. While the official cause of work-related deaths are reported as heart failure, exhaustion, stroke, starvation, or even suicide. It is widely acknowledged what a harmful impact this working culture can have on many people. In response to the report the Japanese government proposes to cap individual's monthly overtime at 100 hours. They also plan to introduce penalties for companies that fail to comply with the limit. Critics of the response say the amount of hours is still to high and would continue to contribute to karoshi deaths.

Via: The Verge, Quartz, Metro