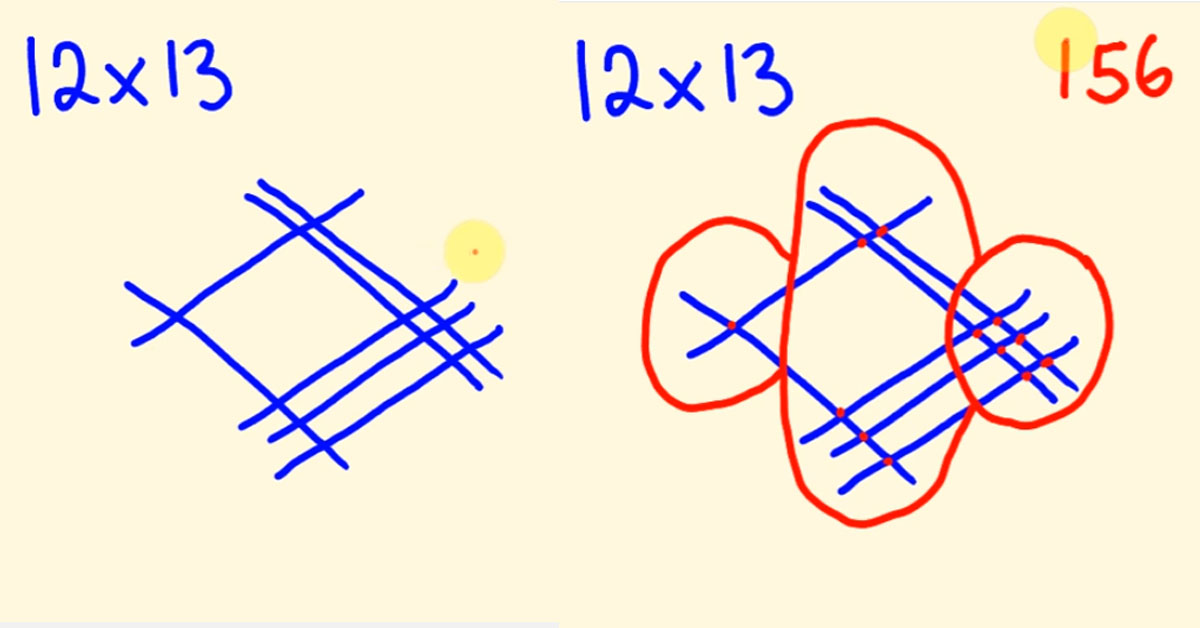 If you grew up memorizing multiplication tables, you know the struggle of elementary mathematics students. Math isn't meant to be about memorizing, it is supposed to be about problem-solving. One Japanese method of multiplication teaches kids to both visualize how numbers multiply together and provides a quick and easy method to solve large multiplication problems. The best part? This technique involves absolutely no numbers in the solving stage, so no more forgetting to carry the one and getting the answer wrong. Check out the short video below to learn a little more.

Most commonly, this method is believed to have originated in Japan, but it is an underutilized tool in the realm of teaching kids mathematics. By drawing parallel lines for each number slot in one number then drawing perpendicular lines that are parallel to each other in another direction you end up with a series of intersection points. By separating these intersections into sections, just count the points and you have your final answer. For problems that involve multiplication of numbers involving tens and hundreds places, this method proves faster than doing it the old fashioned way.

Not only is this a cool trick, but it actually visualizes what is happening when you multiply 2 numbers together. Each place (ones, tens, hundreds) is symbolized by an intersection location created by the actual numbers in the problem. To explain further, for the problem of 123x321, the 1 line crosses the 3 lines creating a total of 3 intersections in the thousands place. This means that the first number is 3, and you know the answer will be to the magnitude of thousands by the number of intersection locations. Still not getting it? Check out the explanatory video below for further help.