A group of ambitious researchers from the University of Tokyo have generated the strongest controllable magnetic field ever witnessed.

Physics is quite possibly the most difficult branch of science to approach, in large part due to the seemingly endless amount of theoretical information one needs to learn in order to have a firm grasp of even the basics.

Of course, over the years efforts to provide interactive solutions for understanding how the branches of physics fit together have been made, which in the end helps us understand why the development of methods to test theories, which is at the core of all physics, remains so important.

Now, physicists at the University of Tokyo-based Institute for Solid State Physics (ISSP) have created the largest magnetic field to ever exist in indoors. Specifically, they created a field of 1,200 Teslas (T), a unit of magnetic field strength.

To put this amount into perspective, one T more or less represents 100 microsecond, which is a great leap from the nanosecond lengths that are generally created. To even surpass 1,000 T, by any number, would have been remarkable, so the team is more than pleased with the results.

University of Tokyo physicist Professor Shijiro Takeyama, who also led the team, was unrestrained in discussing the enormous impact of the work: "Decades of work, dozens of iterations and a long line of researchers who came before me all contributed towards our achievement. I felt humbled when I was personally congratulated by directors of magnetic field research institutions around the world.” 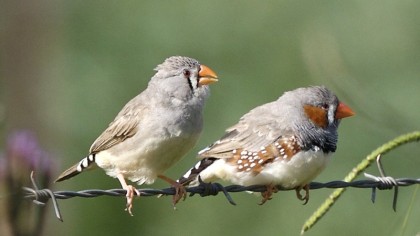 To pull off this astounding feat, the team used a technique called electromagnetic flux-compression (EFC)--a special device that uses compression to generate electromagnetic pulses--the whole process being controlled inside a powerful megagauss generator.

“With magnetic fields above 1000 T, you open up some interesting possibilities. You can observe the motion of electrons outside the material environments they are normally within, so we can study them in a whole new light,” commented Nakamura’s colleague Shojiro Takeyama.

“This research could also be useful to those working on fusion power generation by confining plasma in a large ring called a tokamak to extract energy from it. This requires a strong magnetic field in the order of thousands of Tesla for a duration of several microseconds. This is tantalizingly similar to what our device can produce.”

Implications for Physics and Beyond

What this indicates is that the team's work opens up the possibilities for physicists to achieve direct observation of a whole range of processes. Beyond this, there are also energy implications that must be considered.

“One way to produce fusion power is to confine plasma - a sea of charged particles - in a large ring called a tokamak in order to extract energy from it,” further explained Takeyama. “This requires a strong magnetic field in the order of thousands of teslas for a duration of several microseconds. This is tantalizingly similar to what our device can produce.”

Details about the study can be found in a paper, titled "Record indoor magnetic field of 1200 T generated by electromagnetic flux-compression", which was published on September 17th in the Review of Scientific Instruments journal.

Via: The University of Tokyo