The eggs are still far too immature to be fertilized but the breakthrough technology is edging ever closer to seeing the engineering of human eggs in lab dishes.

Infertility is something that can break any parent’s heart. To not have the power of procreation is devastating and has made many marriages lose their stability. 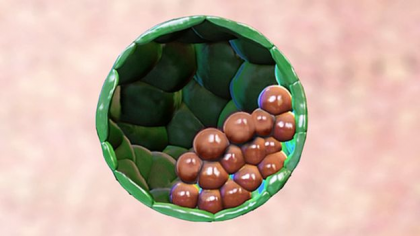 Now a group of Japanese researchers has made a great breakthrough in the field of science by creating a precursor to the human egg from a woman’s blood cells. This is something that put the world of science in shock as it has the potential to change the way we see artificial reproduction forever.

The first sign of success was attained when the scientists were able to create mature eggs from the tail cells of a mouse and then successfully fertilizing it for an embryo. This gave them hope to see the human eggs and sperm be created in a dish, or in biological terms, Vitro Gametogenesis.

The research for attaining stem cells that can be used for repairing –or regenerating human tissue has been underway for a long time. The potential is vast in the success of such a research because we can program the cells to regenerate or heal a certain part of the body, which was not possible before.

It was found that this type of reprogramming is certainly possible, but to realize that possibility, it took us ten more years from the first research success.

“The successful accomplishment of the same in human cells in a matter of time. We’re not there yet, but this cannot be denied as a spectacular next step. Considering how difficult this has been in a human, the new science surely broke the ice. When it saw this, I said to myself, we might be on to something here," Eli Adashi told The Washington Post, a former dean of medicine and biological science at the Brown University.

The new breakthrough in Vitro Gametogenesis is all thanks to the years of hard work by Mitinori Saitou, who is a researcher at the Kyoto University, Japan. He and his team had only one aim in mind - to program the blood cells to become stem cells that can develop into the reproductive cells seen during early stages of pregnancy.

The hard work paid off as the cells were able to turn themselves into “Primordial” reproductive cells that are part of early egg development in humans. The researchers were able to keep the cells alive for four months by incubating them with mouse ovary cells.

In that time period, the cells developed into oogonia, the state of cells that are a precursor to mature human eggs.

What does this mean for the future of humankind?

Scientists all around the world are now of the opinion that it will be only a matter of time where we will be able to create mature eggs.

"If we can make human eggs and sperm from skin cells it opens up an enormous number of possibilities for changing how humans reproduce," says Hank Greely, a bioethicist at Stanford told NPR.