Originally hypothesized in the space community, C-type asteroids could, in fact, include water.

Though there are constant speculation and theories in regards to other planets in the solar system, Earth is still the only known planet or moon to have stable consistent bodies of liquid water on its surface.

Finding water is the ultimate gold mine in the universe. For researchers, water means life, potentially giving insight into the origins of life itself.

However, what makes planet Earth special? How did water even arrive on this planet? These questions are crucial stepping stones to understanding Earth’s cosmic neighborhood.

Asteroids may be the answer to these questions and a recent discovery by Japan’s infrared satellite AKARI has further reinforced this idea.

Launched in February 2006 the AKARI satellite is equipped with an Infrared Camera or (IRC) allowing researchers to obtain spectra at near-infrared wavelengths from 2 to 5 micrometers, opening the doors to the opportunity to study the features of hydrated minerals in asteroids at around the wavelength of 2.7 micrometers.

The AKARI satellite studied C-type asteroids or asteroids furthest from the sun which is the most common are carbonaceous, and consist of clay and silicate rock.

Originally the science community estimated that these type of asteroids could contain upwards of 22% water.

The Japanese satellite was able to detect the existence of water in the form of hydrated minerals in many of the C-type asteroids.

This event is momentous as it is mentioned, this discovery could give the science community better insight into how water even arrived on planet earth, and maybe even the origin of water for other planets.

These asteroids could be acting as transports for water molecules to other larger celestial bodies, like moons and planets.

These asteroids contain water minerals, ice, and debris, that could have easily have delivered oceans worth of water during planet earth’s infant years following the big bang. 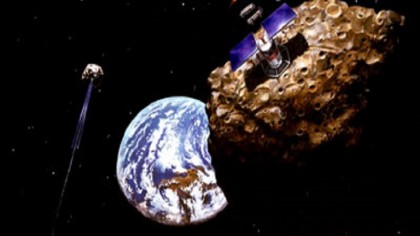 The team that made the full discovery consisted of Project Assistant Professor Fumihiko Usui from the Graduate School of Science, Kobe University,  the Associate Senior Researcher Sunao Hasegawa, the Aerospace Project Research Associate Takafumi Ootsubo from the Institute of Space and Astronautical Science, Japan Aerospace Exploration Agency and Professor Emeritus Takashi Onaka from Graduate School of Science, University of Tokyo.