JAXA will work with the carmaker for their planned moon mission

Toyota is teaming up with Japan's space agency JAXA to build a moon rover.

“We are planning to cooperate with Toyota in an exploration mission to the Moon," said a spokesman with the Japan Aerospace Exploration Agency (JAXA). More details about the collaboration will be released next week at a symposium in Tokyo.

JAXA seems to be following NASA’s lead in working with commercial partners to achieve ambitious space exploration goals. According to the JAXA website the planned moon mission which may be called LUNAR-A. The mission ‘will directly investigate the interior of the Moon, which could provide a lot of data on the Moon’s origin and evolution.’

Moon rover may be digging deep

The uncrewed mission will make a ‘hard landing’ on the moon's surface. JAXA says the mission has two purposes. The first is to obtain information data on the moons iron-rich core. 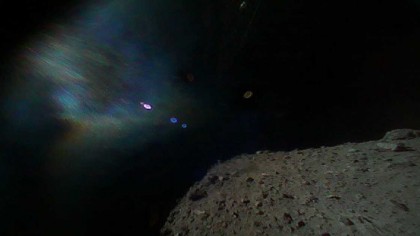 The spacecraft will gather this information by monitoring ‘moonquakes’ with the use of seismometers. The second objective of the mission is to measure the heat flux with use of heat-flow probes.

This data will inform scientist about the abundance of heat-generating radioactive elements in the lunar interior. It is unclear when the mission will be launched, but the spacecraft is likely to be shot into space aboard Japan's-V launch vehicle and will reach the moon six months after takeoff.

According to information on the JAXA website, the spacecraft will deploy two penetrators into the moon's surface and burrow down 1 to 3 meters into the surface. News of the Toyota collaboration mission comes amongst a flurry of renewed interest in the moon.

Fifty years after the first crewed mission to the moon, many nations are keen to gather their own data. NASA says it is planning an uncrewed mission for 2024 and last month Israel launched a spacecraft that aims to make a landing this year. Only Russia, the United States, and China have successfully made the 384,000-kilometre journey and landed spacecraft on the Moon.

Japan's space agency has been making news recently for its historical mission to collect rock samples from a close-by asteroid. Its spacecraft Hayabusa2 has already completed one sample collecting mission and will complete two more before heading back to Earth to deliver the asteroid dirt.

JAXA say they hope the samples will answer fundamental questions about life and the formation of the universe. By excavating the asteroid, the researchers hope to shed light on the questions whether elements from space helped give rise to life on Earth. Ryugu is located between Earth and Mars and is comprised of nickel, iron, cobalt, water, nitrogen, hydrogen and ammonia.