Japanese Tree Suspenders Save Branches from Breaking in the Snow 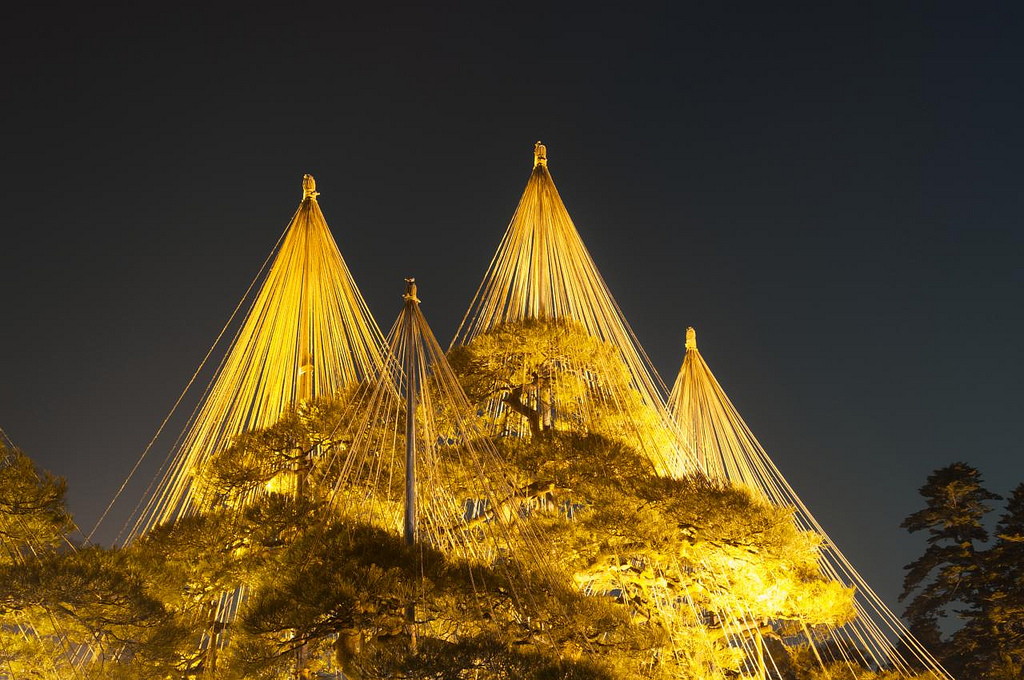 If you've ever been to a Japanese tree garden in the winter time, you may have noticed strange bamboo poles jutting from the ground with ropes strung about attached to the branches of trees. This isn't just decoration, but rather it is actually how they keep trees and shrubs from breaking under the intense load of snow. Many of the foliage that grows in the area and in gardens is ornamentally shaped, which makes for a beautiful view, but not for the strongest of trees. 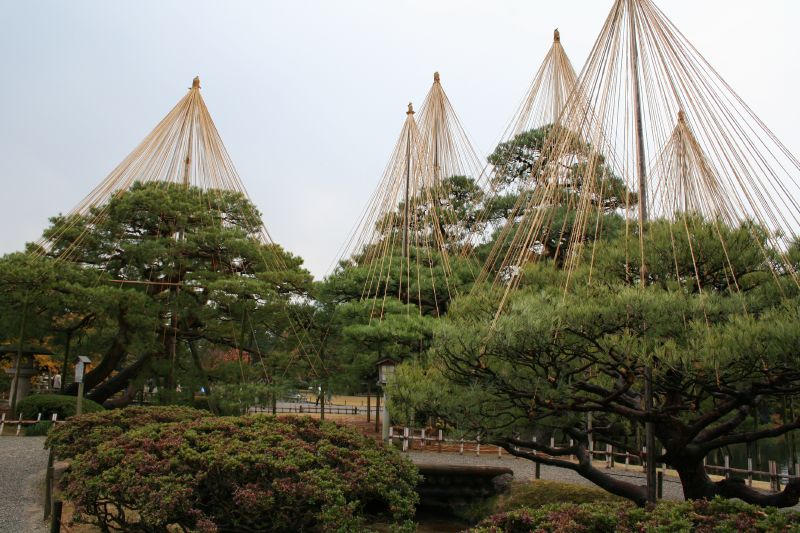 The process of supporting trees in this manner is called yukitsuri, and the most common method is using vertical bamboo poles with ropes attached to the major branches of each tree. Literally translated, yukitsuri means "tree suspenders," which, I suppose, is exactly what they are.

Supporting some of the larger trees can be fairly time consuming, and upwards of 800 individual ropes can be used in some places, although the exact amount needed depends on a variety of factors. These necessary pieces of engineering are both functional and beautiful, keeping in line with much Japanese architecture.

It is believed that this practice started in the early 1600s, although the exact date is unknown. In many of the country's famous gardens, this practice is carried out still, and it has been turned into a beautiful ornamental display. Some areas, such as Tokyo, do not receive as much snow in the winter months, but the practice is still carried out as a traditional indication of the weather soon to come. 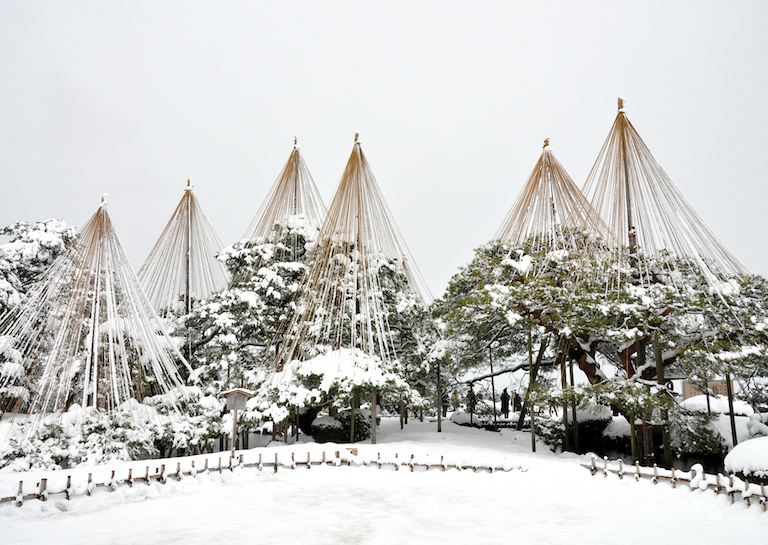 The whole process of yukitsuri is a long one, which is started in November in each year, not being completed until around a month later. The trees sport their lovely rope supports usually until March of the next year when the winter weather has faded.

SEE ALSO: Biodegradable Capsule Turns Your Body into a Tree

Can Transient Plasma Ignition Save the Internal Combustion Engine?