A Chinese city has come up with another creative solution for thwarting jaywalking and shaming offenders.

Jaywalking in the city of Daye in China will see you get a peculiar fine. The city has installed posts that spray pedestrians with water if they cross the street during a red light.

The system might seem amusing but it is quite elaborate. Consisting of five yellow posts installed at one of the city’s busiest intersection, the system is equipped both with facial recognition and a speaker that issues warnings.

Pedestrians can expect to hear several reminders such as “The light is now green. Please cross the road quickly and mind your safety,” “Please don’t go through,” and “You will be sprayed with water.” Meanwhile, jaywalking offenders can expect to have their photo displayed on a large screen and uploaded to a police database in addition to being sprayed by water.

The system detects jaywalking through lasers so measures had to be taken not to accidentally blind children. “To avoid the laser hurting children’s eyes, we reduced the height from 1.2 meters to 0.8 meters,” deputy head of publicity for the Daye public security bureau Wan Xinqiang told China Daily.

And for those worrying about the water, Wan assured it is safe. "The water in the sprinklers is clean. It will be changed every day," he said.

The system cost approximately $207,000 and, if results prove positive with this initial experiment, the city plans to recreate it. "If the equipment works well, we will utilize it throughout the city," Wan said.

This is not the first time police in China get creative with technology to thwart jaywalkers. Facial recognition is already being used to automatically issue fines and publicly name and shame people on screens and government websites.

Explaining China’s determination to use such original solutions for the offense, Wang Jun, director of marketing solutions at Shenzhen-based AI firm Intellifusion, told the South China Morning Post last month: “Jaywalking has always been an issue in China and can hardly be resolved just by imposing fines or taking photos of the offenders. But a combination of technology and psychology… can greatly reduce instances of jaywalking and will prevent repeat offenses."

Although mostly well-received, these new systems have raised some concern about invasion of privacy. Li Yi, a chief fellow at the Shanghai Academy of Social Sciences, said that although the act of public shaming could prove effective there is a “need to strike a balance between law enforcement and privacy protection.” 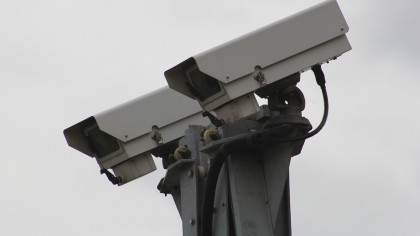 Perhaps more worrisome is that jaywalking offenses take points off of citizen’s social credit. Social credit is China’s massive ranking system that gives people a score based on their behavior.

Good scores are rewarded while bad ones result in penalties such as public shaming and removal of internet services. The Chinese government has said the system is in place because "keeping trust is glorious and breaking trust is disgraceful."

Can You Boil Water by Lifting It to Unreasonable Heights?